We had a super low key, laid back New Years, which was really great.  We haven't spent a New Year's at home for as far back as we can remember, & it was nice for a change.  Jett & I are still feeling a little punky from that nasty bug that dropped in on us earlier this week, but that nasty ol' bug couldn't keep  Coach & Gigi {my in-laws} from coming over to ring in the New Year with us! Jett was over the moon excited to have two of his biggest fans over, & he thoroughly enjoyed wearing his grandparents out!  I thought maybe he would stay up a little later than usual because of all the excitement, but nope.  He tuckered out quick & stuck to his normal bedtime! Once he went to bed, the four of us spent the evening playing Wii games, snacking on puppy chow, laughing, & chatting the night away!  We were so busy having fun that time got away from us completely, & if it hadn't been for the fireworks that boomed at the strike of midnight, we would have missed the twelve o' clock mark altogether!  Luckily, Jared & I were still able to squeak in a New Year's kiss just in the nick of time!  It was a really relaxing evening, & a great start to the new year!

This New Year's Day has been a special one for us.  Everything feels so fresh & new, outlooks are clean & clear, & life feels like a brand new book of blank pages, just waiting to be written!  We celebrated the day by reminiscing over our favorite memories of 2010, & laying out our goals for 2011!  We feel in our hearts that this new year is going to be a really great one & we are excited for all that it will hold! 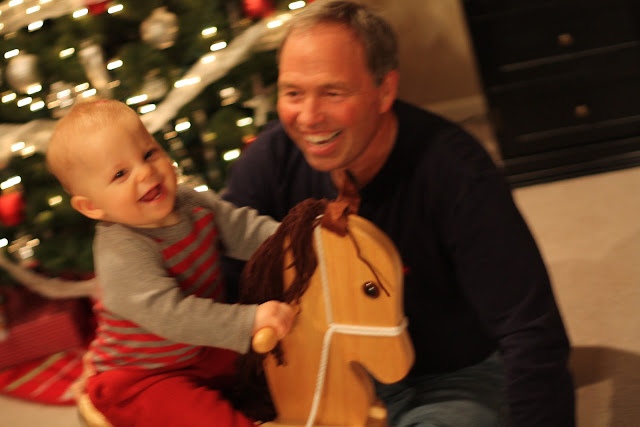 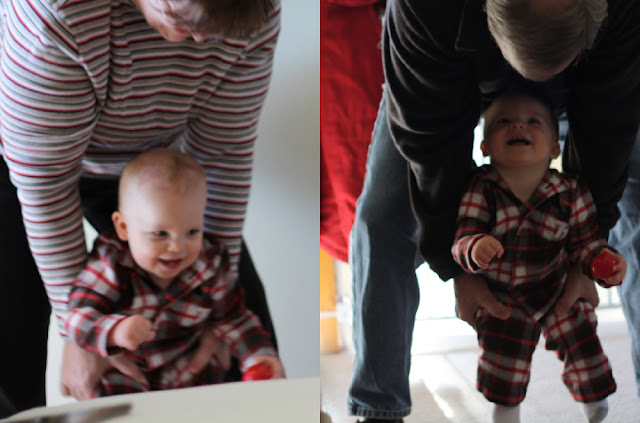 But the new year isn't the only thing we were celebrating around here today!  Little Jett man turned 11 months old today!  11 months old on 01-01-11!  How fun is that?!  Obviously we spoiled him up, & showered him with lots of 11 month old birthday kisses & hugs {in addition to all of the first New Year's hugs & kisses}! 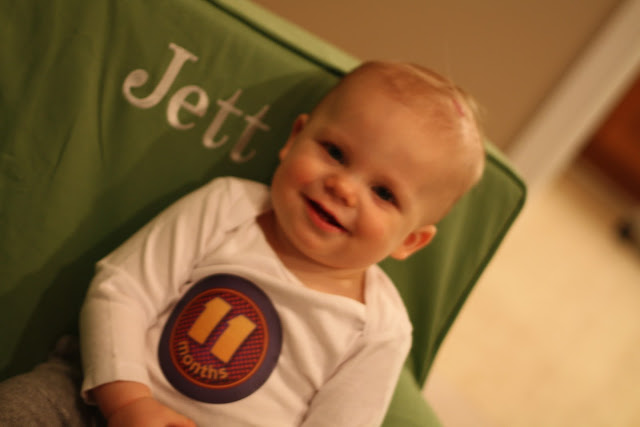 We're already off to a great start!
Posted by happeningsofourhome at 8:23 PM