I am proud to say that Jett {& I} survived our first week of swimming lessons! 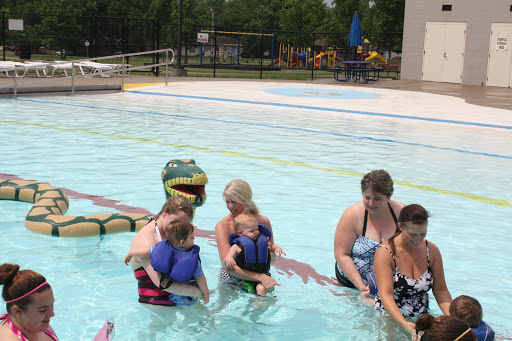 I say "survived" because those first two days were a little rocky.   It was day two that I just about gathered up all of my pool crap, my slippery sunblocked baby, & said, "check ya later" to swimming lessons.  Jett & I were real close to becoming swim school drop-outs. 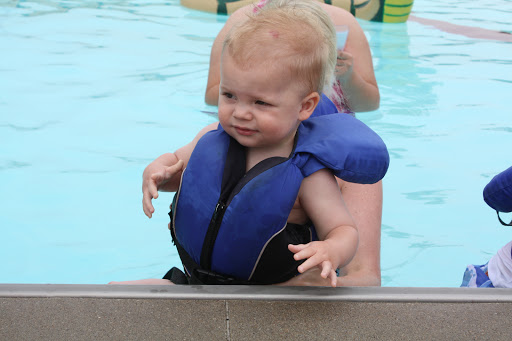 Honestly, I couldn't tell you what the deal was.  My fearless, adventurous little boy who pratically grew gills just the weekend before, was NOT digging swimming lessons.  I'm not sure if it was the hypothermia that we were experiencing, the big clunky life jacket {that myself & all the other moms kicked to the curb about 15 min into the class}, or the fact that he was surrounded by a bunch of strangers in deep water where he couldn't get away, but the kid wasn't having any of it.  He clung to me, clawed me, fought me, & cried the entire duration of the class, & I've got the scratches to prove it.  Finally, after having had enough wailing in my ear, I took him to the edge of the pool, plopped down, & we sat there together watching our class finish out their lesson. 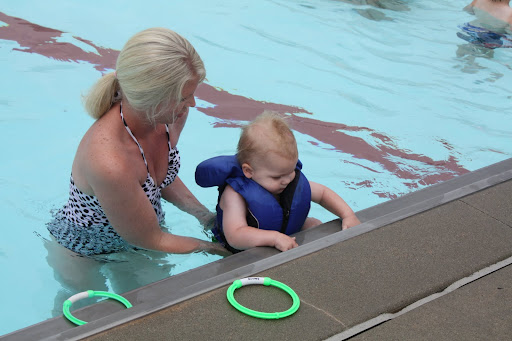 But then I decided to just go ahead & finish this week out.  If it was still horrible by Thursday {we have Fridays off}, then we'd call it quits. 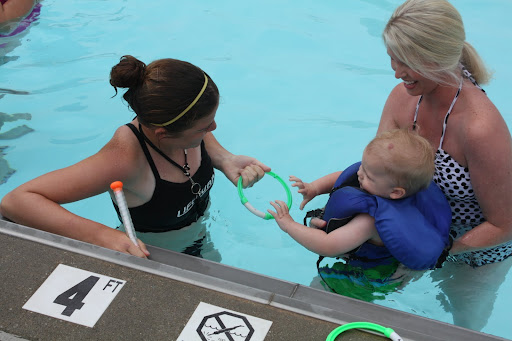 And whadda ya know?

On Thursday, his gills grew back!

He's got an ear to ear smile on his face, he's splashing with his friends, he's flirting with his teacher,  he's directing me all over that pool, & he's sliding down the slide like a little maniac {head first, which is so against the rules}. 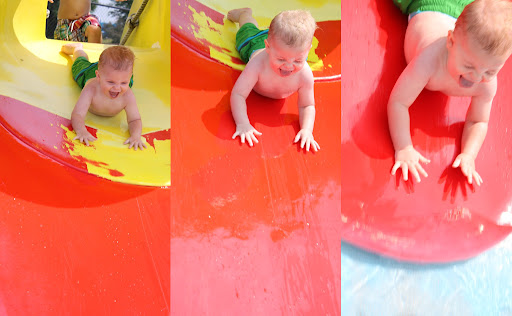 Yep, my little fish is back in action!

We think we'll go ahead & stick around for week two!
Posted by happeningsofourhome at 7:36 PM