If there's one thing I've learned in all my years of taking care of little boys & now having one of my very own, it's that boys have got energy to boot. 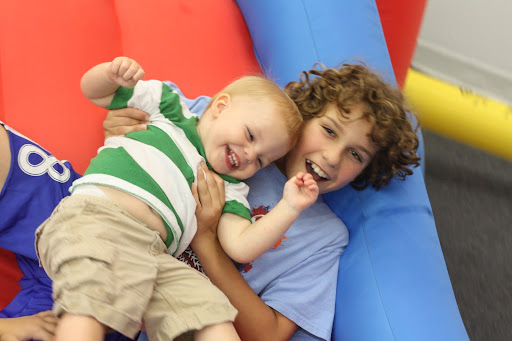 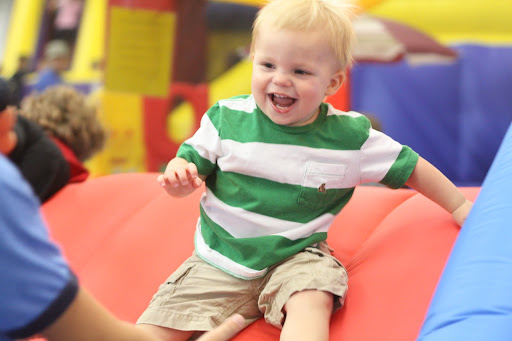 And this isn't just a bunch of stereotypical babble I'm saying, here.  I've witnessed first hand that boys truly need an avenue to express all of the energy they have rushing through their bodies.  You take that outlet away & you're gonna have trouble, guaranteed.  All of that energy, if not released in a positive way, will bubble & brew until it finally makes an appearance--usually manifesting itself in the form of  temper tantrums, fit throwing, & I've even seen a fist fight break out a time or two. 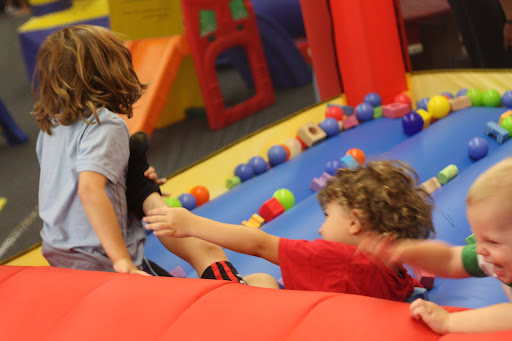 {And while we're talking temper tantrums here...can I  just veer for a moment & tell you, we are experiencing them at their fullest these days? Our sweet little innocent Jett Jett has transformed into what I believe is called the "Terrible Two's".  Aren't we six months early for this crap?  He's screaming, throwing himself on the floor, thrusting his toys to the ground, whacking other kids upside the head...oh yah...he's got it down pat.  Shoo-wee, this boy's got a will!  Can we say hello sin nature? Good thing he's cute.} 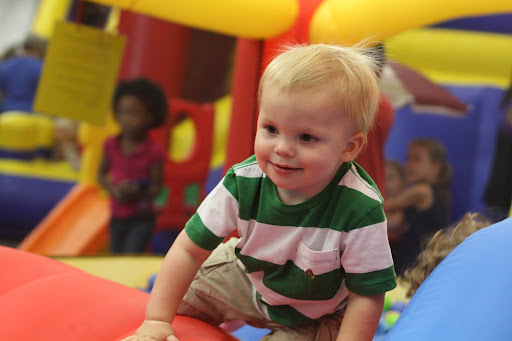 Playing outside is usually the perfect solution for little boys.  They can sprint, sweat, get their hands & feet dirty, come inside,  rinse off, & they're good to go.  But when it's 107 degrees outside {according to my car thermostat}, you can scratch the playing outside idea.  That may make for a happy little boy, but it's guaranteed to make for a really crabby momma. 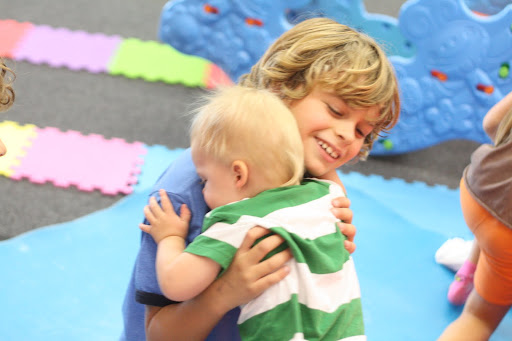 Thank goodness somebody else's thought process is jivin' with mine.  Someone else, meaning the people who created this indoor inflatable park. 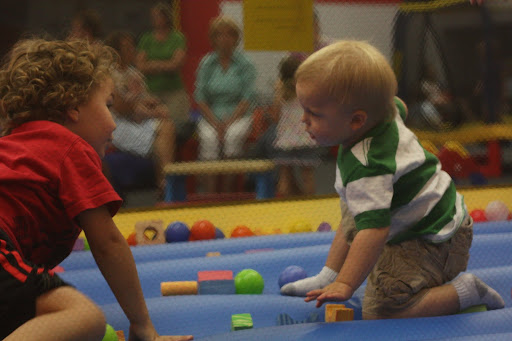 This place is awesome.  My boys bounced, rolled, jumped, jiggled, catapulted, boinged, slid, tumbled, & rolled to their little hearts' delight.  {Did I mention that it was a nice, cool seventy degrees?}. 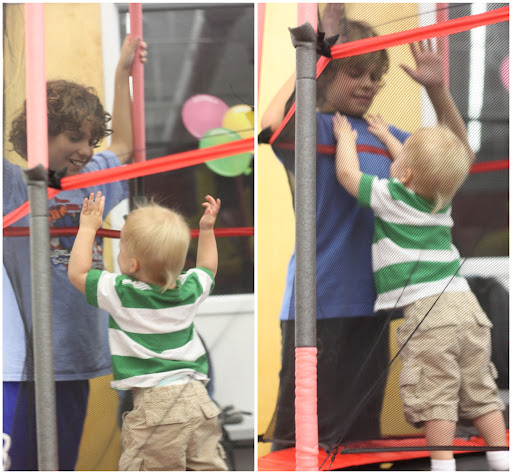 There was a release of energy, alright.  I watched those boys zip from bounce house to bounce house.  I watched them zoom down slides, creating a great big pile up at the bottom.  I watched the big boys take turns hoisting Jett into trampolines & then proceed to fight over who would get to carry him to the next  inflatable. 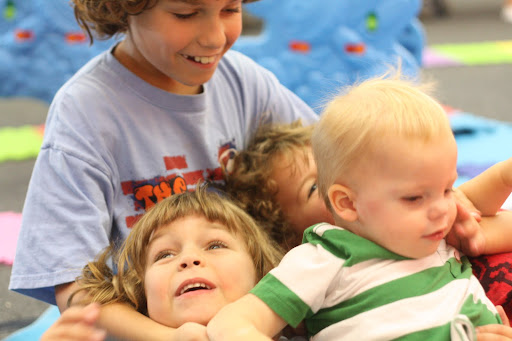 And one of the best perks about this little release of energy?  When we took the five of them out to lunch afterwards, they were the most calm, well behaved kids Chick Fil A has ever laid eyes on.  While all the other kids were dashing around the place like wild little indians, ours sat perfectly quiet, munching away on their lunches.  I'm sure every parent in the whole place was wondering what our little secret was. 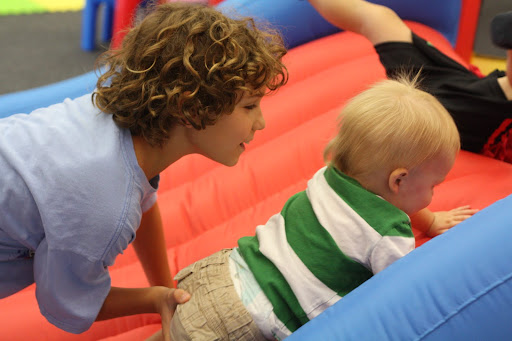 With it not even being August yet & the forecast showing no sign of relief anytime soon, I'm thinking we'll be frequenting our newfound little cool spot a few more times before summer comes to a close. 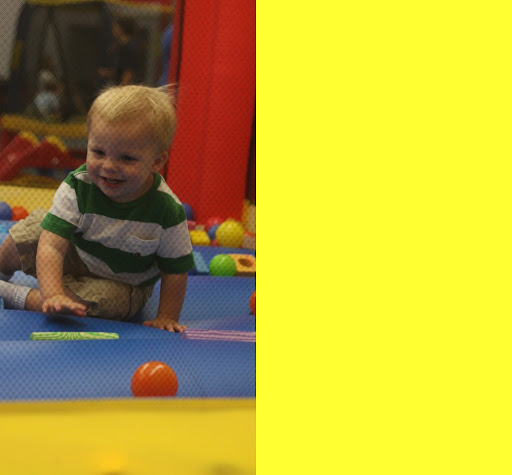 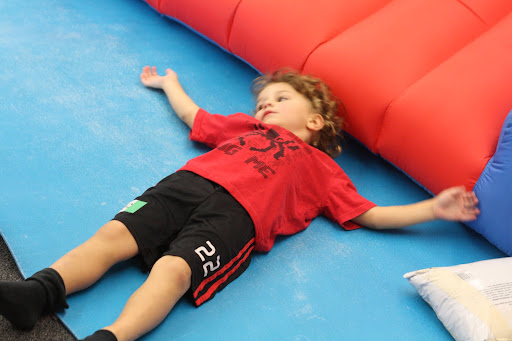 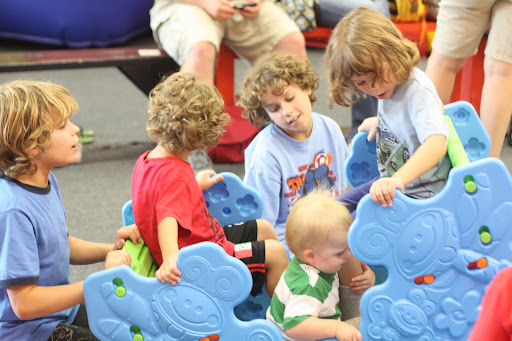 Posted by happeningsofourhome at 7:32 PM