Fun At The Fair 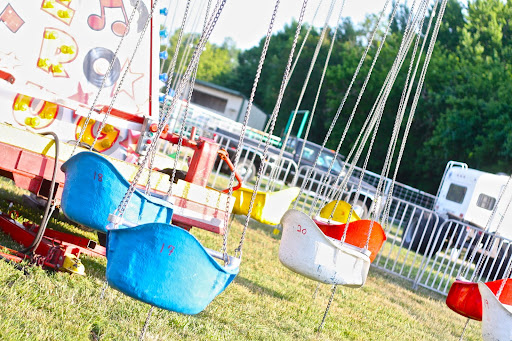 I have such vivid memories of going to the fair as a kid.  I remember being little & piling into my mom's  mini-van with all of her stay at home mom friends & their kids, everyone eager for a night of summer fun.  I can still see myself like it was yesterday, standing in front of that great big ride named the "Zipper".  I remember hearing the shrieks & shrills that echoed out of it, & trying so hard to muster up some courage to hop into that cage & let it spin me upside down & all around.  Year after year, there I would stand in that line, my ticket clutched in my sweaty hand, my knees knocking, & my heart racing.  I would inch my way closer & closer to the scraggly carny who stood there holding out his hand to take my ticket, & year after year, the scene ended the same exact way.  With me chickening out.  I would go home every single year & lay awake in bed that night, kicking myself in the butt for wimping out.  I would promise myself that next year would be the year that I would conquer the infamous "Zipper".

I never did ride that darn thing. 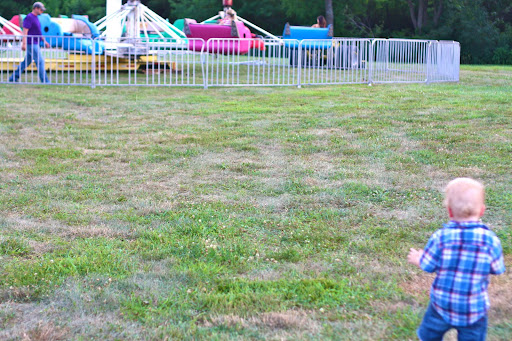 I have vivid memories of going to the fair as a teenager, too.  Hot summer nights without a care in the world except for maybe who I had a crush on at the time & which girlfriend I would be spending the night with.  We'd all show up to the fair grounds, a Sonic drink in hand {mine always a grape slush}, & we'd spend the entire evening standing around mingling & gossiping about who was dating who & where the next field party was going to held {Yeah, I said field party.  Country kids have parties in fields. Complete with bon fires.  No banjos, though.  We weren't that hick}. I'll never forget the summer that my high school sweetheart had shattered my heart into a million little pieces.  He'd dumped me just days prior to the fair coming to town, & I was so heart sick that I decided to just forego the fair altogether that year to stay home & wallow in self pity.  But after some convincing from my friends, & a coat of concealer for my puffy eyes, I came up with a better plan.  I found me a new boy for the evening {who had no clue he was being used solely as bait. Poor guy},  strutted myself right up to the fairgrounds with new boy at my side, & gave ol' high school sweetheart a run for his money. Looking back, I can admit that it was a pretty desperate attempt to make my ex jealous.  But I can't say it didn't work.  In fact, it worked like a charm.  High school sweetheart & I were a couple again by noon the next day. 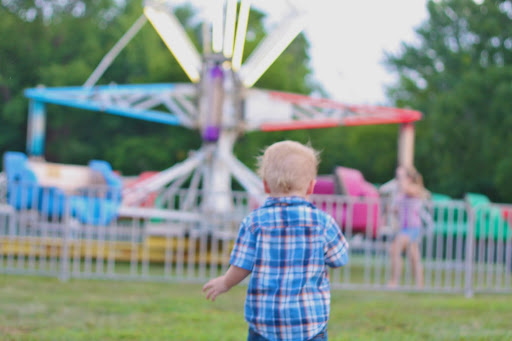 It's been years since I've been back to a fair.  Once I graduated high school & moved on with my life, I just never had the urge to return to one.  But here lately, I've been feeling a tug.  A tug that is gently pulling me back to my small town roots.  A tug that makes me want to intertwine those roots that run deep within me & share them with the little life that has my DNA running deep within him.  I want my own little boy to experience the parts of my life that I treasure still to this day.  The parts that won't ever escape me, for the memories are so vivid.   I want him to taste a piece of my childhood & maybe one day carry that piece within him. 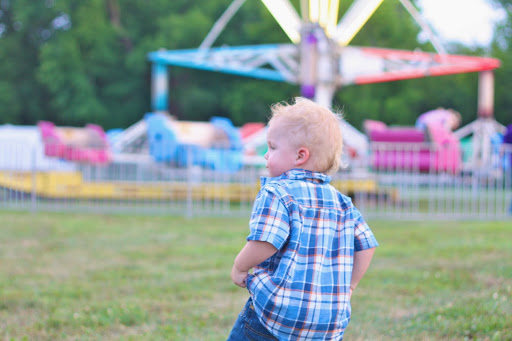 So when I heard that our neighboring town was having their annual county fair, you guessed it.  I threw my hair into pigtails, & off we went for an impromptu Tuesday evening at the fair. 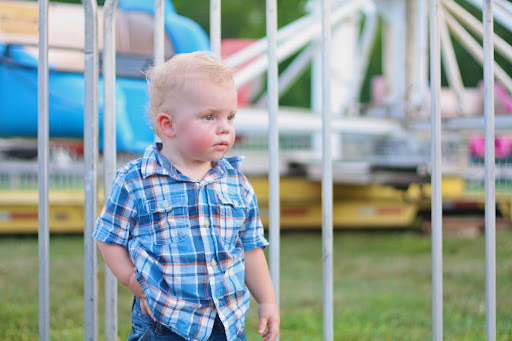 It's quite different, going to the fair as an adult.  It's freaky.  Like freak show freaky. 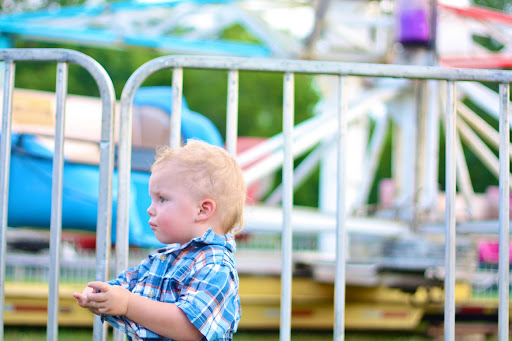 Kids are so funny.  They are oblivious to the hundred degree weather, the sweat dripping into all of their crevices, making their clothing stick like glue.  They don't realize that they are surrounded by people who are missing most of their teeth & haven't had a shower in God knows how long.  They don't see how rickety the rides are or how quickly they were thrown together.  They don't understand that three dollars is too much money to ride on a dirty ol' carousel & that the prizes for the lame, rigged games are just a step above garbage. 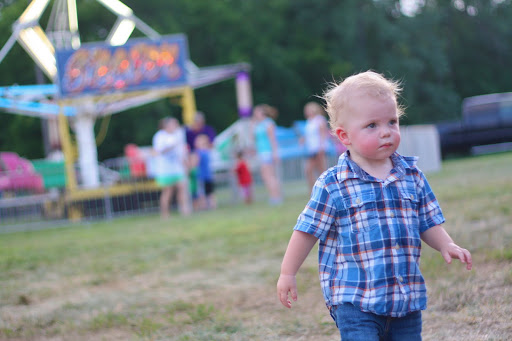 No, kids are oblivious to all of that. 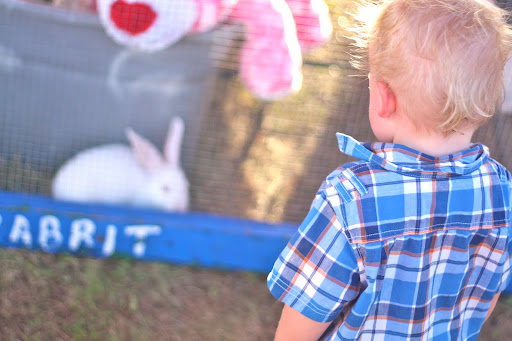 All they see is a fairground of fun, just calling their name. 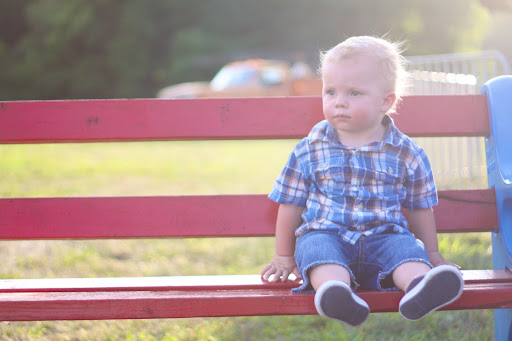 So for a few hours, I pushed my O.C.D. tendencies down, I shoved my Purell deep into the diaper bag, I ignored the droplets of sweat that ran down my cheeks,  & I gave a little grace to the lady who blew cigarette smoke into my face while hollering "Two dollars!  Just two dollars to win a rabbit!"  For just a few hours, I gave in to that force that has been tugging me back to my small town roots, & I let my kid get the real experience of what a fair is all about. 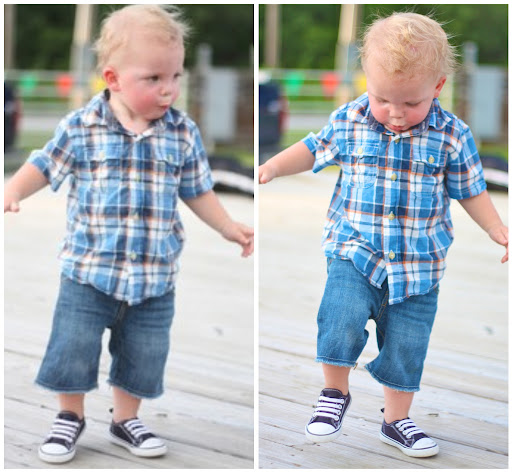 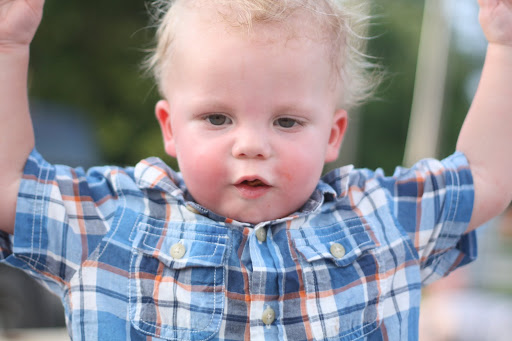 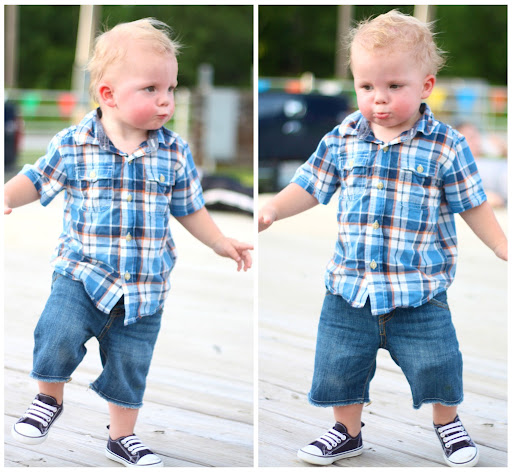 I let him eat greasy curly fries for dinner. 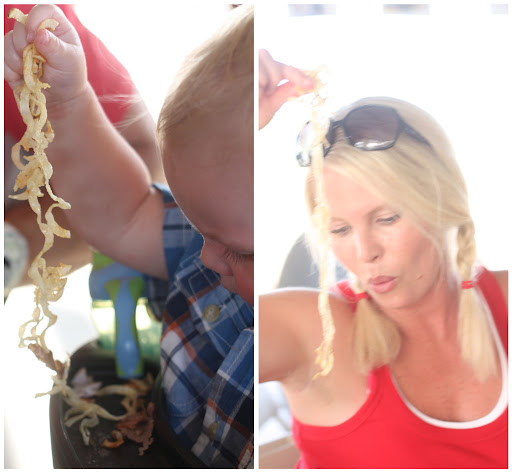 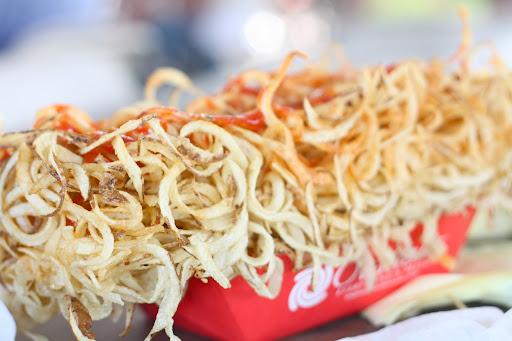 And a sugary funnel cake for dessert. 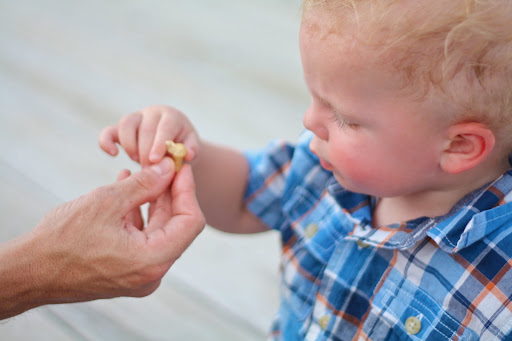 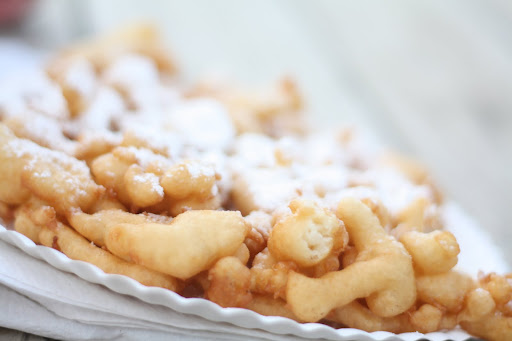 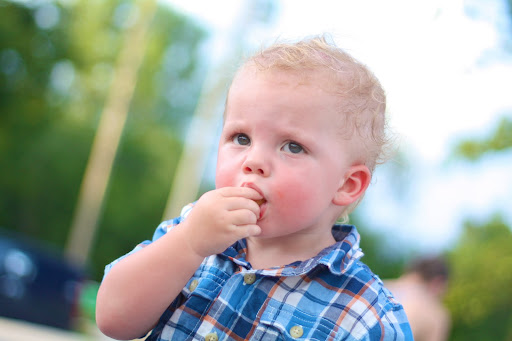 I watched him go whizzing by on carousels that go way faster than the ones at the mall do. 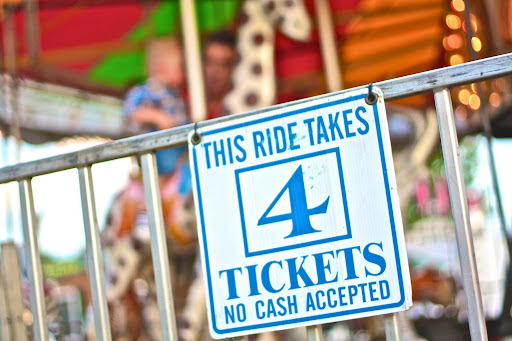 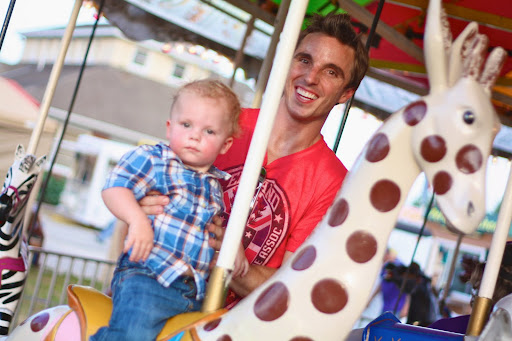 And I realized what a true success my little boy's very first fair had been when I told him that it was time to go home & he absolutely melted. 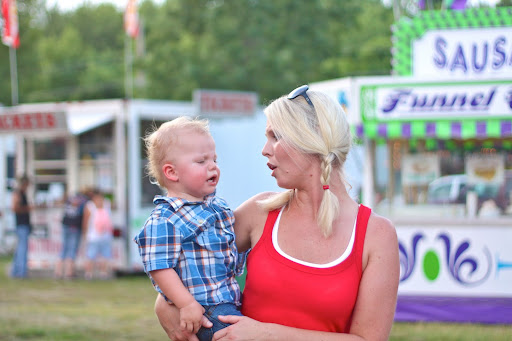 There will be plenty more county fairs in our future, I'm positively sure of it.  Because this small town girl isn't all finished planting her small town roots just yet. 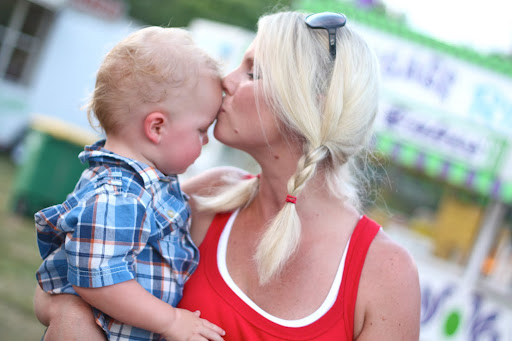 That, & the fact that I'm on a quest to come face to face with that mean old "Zipper" one last time.

Posted by happeningsofourhome at 9:38 PM