Remember that post I wrote recently about the naptime wars we're facing around here?  Well, Meatball & I, we're still battling it out. 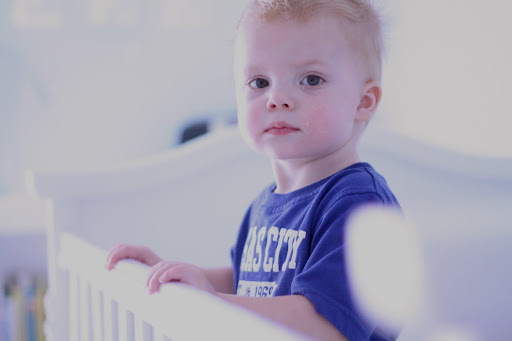 This kid is putting me through the ringer when it comes to his sleep patterns. 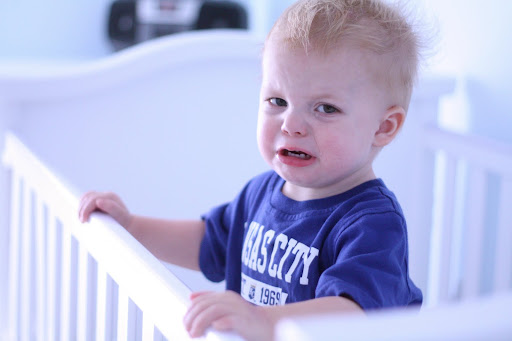 He's got me googling things like "18 month old won't nap", "18 month old sleep patterns", & "Help a momma who's about to rip her hair out". Okay, I didn't really google that last one, but I did think long & hard about it.  I've reached out to friends & asked them if they've experienced similar problems.  I've dug out my old Babywise book & thumbed frantically through it, skimming for answers.  I've tried keeping him really active in the mornings in hopes for a great afternoon nap.  And I've crossed my fingers & whispered "please, please, please, no." when I've heard him stirring around in his crib after 30 minutes of laying him down.
All such efforts to no avail. 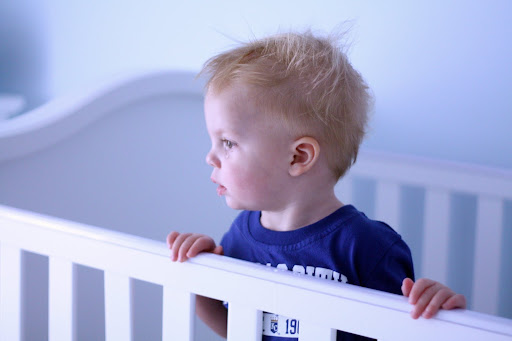 Back in the day, it wasn't unlikely for my little man to sleep in in the mornings until 8, 9, even 10 o'clock, sometimes.  He hasn't ever been one of those kids that would take a three or four hour nap, but he would snooze for a solid hour & a half.  And I didn't care how long his nap was because I knew he was getting the sleep he needed during the night.  But it seems that once the little guy turned the ripe ol' age of eighteen months, the sleeping in days packed their bags & got out of town.  He started waking up earlier...& earlier...& earlier each morning, & then he decided to help his naptime days go ahead & pack up their bags & move out of town, as well. {From the data I have gathered, it isn't uncommon for an eighteen month old to go through a little phase like this.  Whew...so I'm not the only mom out there who's questioning her sanity.  Good to know.} 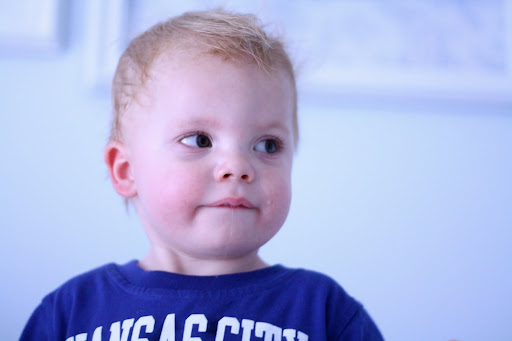 And it's not like I'm wanting him to have this great big nap in the middle of the day for me, it's honestly not about that at all.  I mean, sure it's nice to get a few things done around the house, have some peace & quiet to blog, or even catch a little nap for myself every once in awhile. But if the kid took a thirty minute nap every day & woke up a well rested, happy little child, fine--dandy.  A thirty minute nap would suffice. But unfortunately, that's just not the case.  He's waking up screaming with tears flowing down his face, the afternoon drags on & on with crankiness, fussiness, & crabbiness, & by the time we finally make it to bedtime, I am saying thank you prayers to the Lord for just getting us through one more day.  It's not ideal.  And ultimately, Jett's not getting the rest he needs. 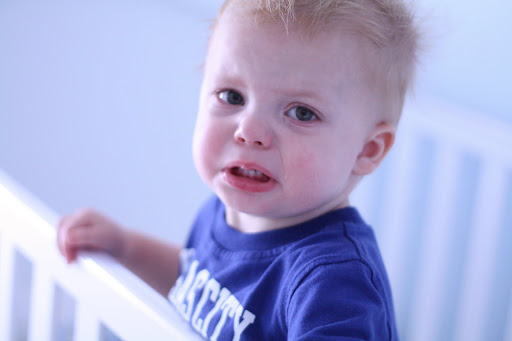 So I'm trying everything.  I'm moving nap times around, I'm putting my foot down, & I'm on a mission to win this war.  Not because I'm a mean momma, but because for the sake of our family running smoothly, this kid has got to get some good sleep. 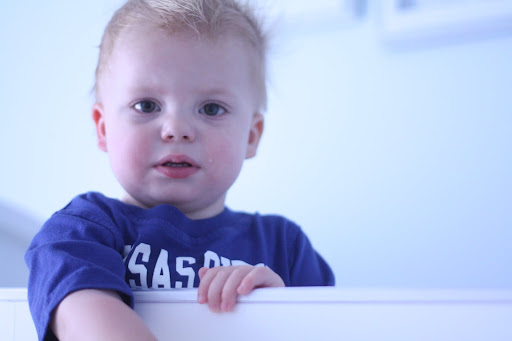 For any other mommas out there who may be going through this same thing & have stumbled upon my blog while frantically googling answers for your 18 month old's naptime, here is something I *think* {crosses fingers & hopes I didn't just jinx myself} has helped.  I moved my little guy's naptime up by an hour.  I was putting him down at 12:30 or 1:00, so I moved naptime to 11:30.  We do lunch at 11 & then it's off to bed from there.  I know, it doesn't make sense--you would think laying them down later would make them more tired, thus resulting in a longer nap, but it just doesn't work that way.  Since I've started laying him down earlier, he has begun taking 1.5-2 hour naps.  We're going on three days of this, so I'm hoping this little schedule unpacks it's bags & sticks around for awhile.  Eventually I would like to move his naptime in fifteen minute increments until he is taking a nap that falls later in the afternoon, but let's not get ahead of ourselves, here.  For now, this is working so we're gonna leave well enough alone. 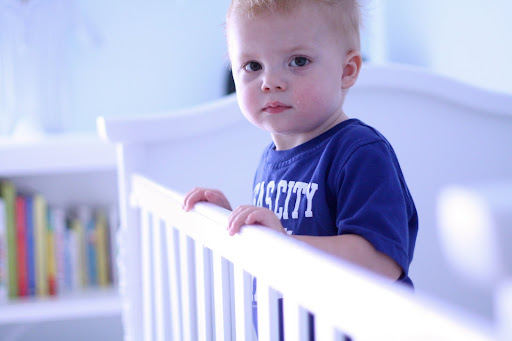 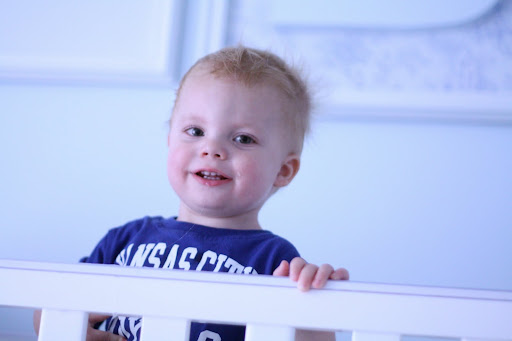 Posted by happeningsofourhome at 12:49 PM