My little Jett Jett is proving to be quite the little artist.
When he's not snapping the crayons in two, chomping off the tops of them, or digging his fingernails into the bottoms of them, I must say, his artwork is pretty amazing.
{Okay, okay.  Maybe it is just scribbling.  But if you ask this momma, it's the most beautiful masterpiece of scribbles I'VE ever seen.} 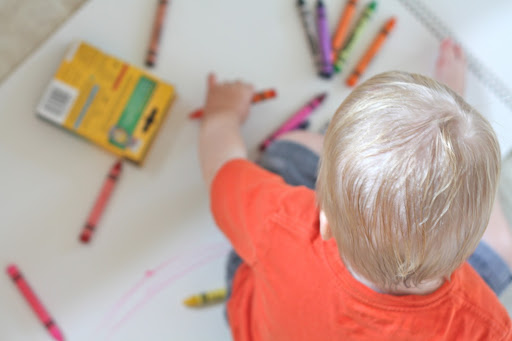 When I pull out the crayons & gigantic note pad of paper, you'd think I was offering the kid a pony & a lollipop.  The simple mention of coloring, & he turns into an excited little frenzy.  Laughing, squealing, & jumping up & down {well, his version of jumping up & down, which means stamping his feet in place.  Makes me laugh!}. 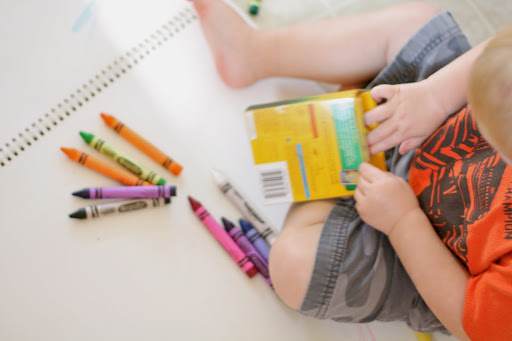 It's become a nice little way to keep him occupied during my least favorite part of the day-- meal time preparation.  Don't get me wrong, I love to cook, but trying desperately to get some sort of dinner whipped up all while having a screaming toddler attached to my leg--let's just say, it's not our finest hour of the day around here.  There are tears {sometimes both of ours}, there is chaos, & there aren't any Supermom awards being handed out to me during that one hour.
But toss onto the kitchen floor that gigantic white canvas & a rainbow of color, & wah-lah!  Problem solved. 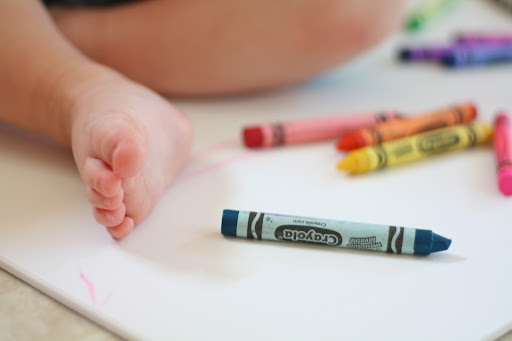 I love watching him sit down, with such determination on his face, sending bursts of color all over that crisp paper.  I love how he watches intently as I draw cars & trains & roads & stop signs, & how he adds his own little touches to those drawings of mine. And the proud little look on his face once he's all finished--I melt.

And I know this sounds totally crazy, but I think I'm actually seeing improvement in those little scribbles of his!

He's getting the hang of this artist gig. 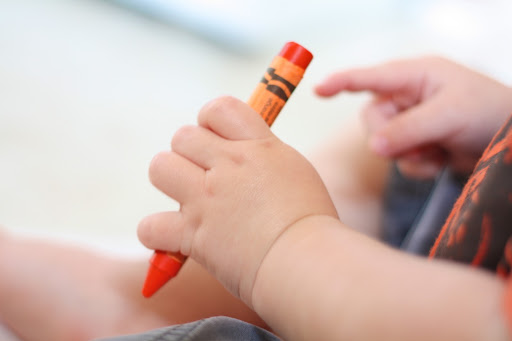 Now that I've seen him tap into his little artistic side, I'm anxious to get cracking on some more arts & crafts fun for him to explore with.  Activities that will stimulate his creativity, boost his confidence, & of course buy Momma a few minutes to get dinner on the table. 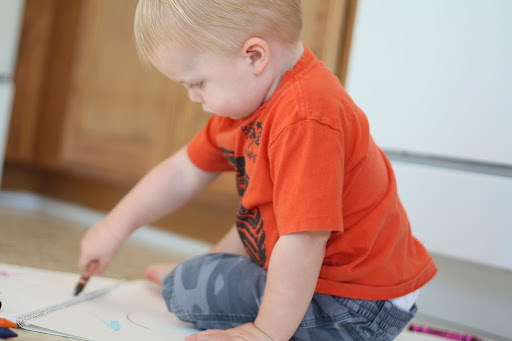 As for these little scribbles--well, I've got a feeling they're gonna be worth millions one day.  *wink*
"Every child is an artist."
--Pablo Picasso
Posted by happeningsofourhome at 2:14 PM