One of the biggest highlights of our afternoon spent at Oktoberfest was hands down, without a doubt, the fire station.
The great big, shiny yellow firetrucks were awesome, with their levers & switches & meters, all there for exploring little minds.  The station itself was pretty dad gum cool too, complete with the famous fire pole right in the middle. And the firefighters at this particular station were some of the kindest people we've ever met.
And while Jett man had a ball climbing up & down that larger than life fire engine, while he sat all proud as a peacock-like when we propped him up on the front of it to snap his picture, & while he sported that cute little plastic fireman's hat right on the top of his head...none of these things compared to Freddie.
Freddie the firetruck. 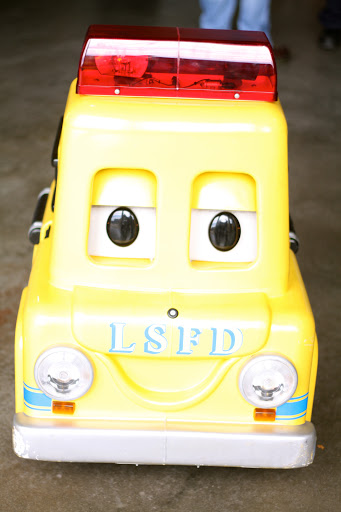 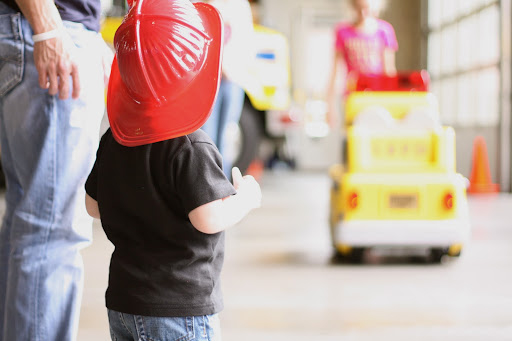 Now, you may be wondering, What in the world is so special about some toy firetruck?
Well, I'm gonna tell you. 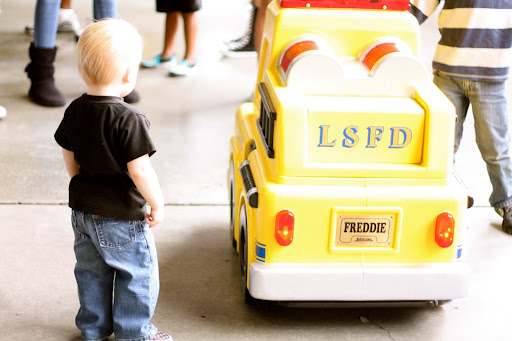 Turns out, Freddie ain't your ordinary toy firetruck.  Let's just get that straight.
Freddie is an all out animated firetruck robot who talks, moves, flashes his sirens...& get this-- listens & interacts with the kids.
That's right, one of the firefighters {& a funny one, at that} hides out & runs this remote control Freddie & eventually has every kid {& parent} in the fire house glued to his every move. He made the kiddos crack up laughing, he answered their questions, & he even chased after a few for some kisses.
And Meatball, well, he threw his head back with laughter & thought ol' Freddie was pretty rad. 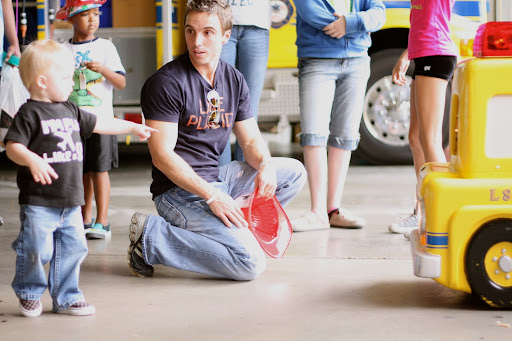 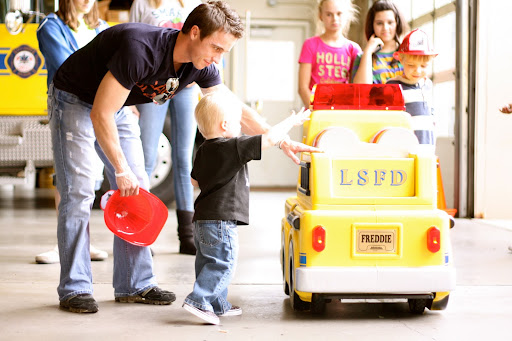 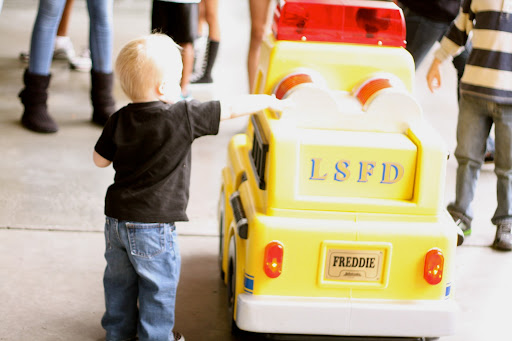 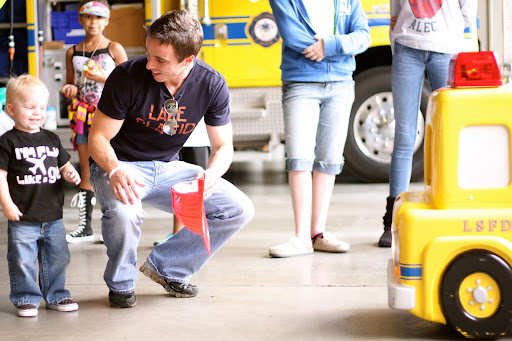 Until Freddie turned around, scooted up real close, & said hello.
Then it was all over. 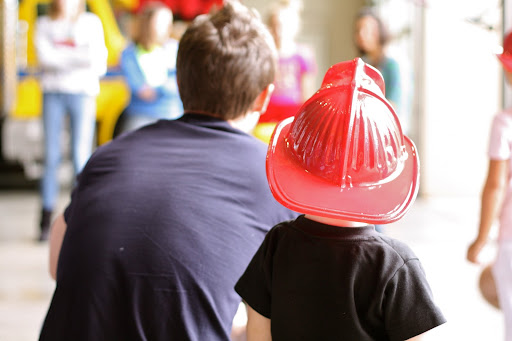 That fuh-reaked him out, & hidden safely behind Daddy's back is where he planted himself for the duration of our stay at the fire station. 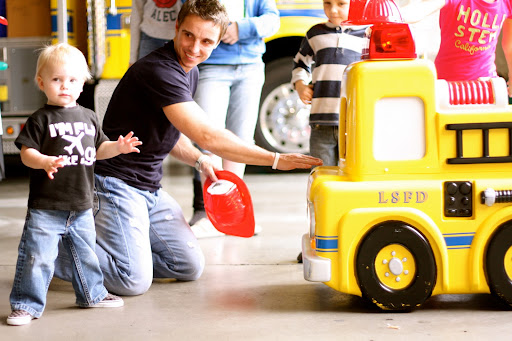 {This photo is the closest thing I have to his wigging out.  He's puttin' on the brakes, scanning the place, lookin for a getaway exit. And this was precisely the moment right before he bolted as far & as fast as he could to get the heck away from that crazy Freddie!  He wanted nothing, & I do mean nothing, more to do with Freddie after that.}
I nearly hyperventilated, I laughed so hard.  Here our big & bad, rough & tough, fearless, rambunctious boy had finally met his match--in a plastic robot.
Oh boy, did we laugh.
I wish more than anything that I would've gotten photos of that priceless face of his when he realized Freddie was up in his business.  But I unfortunately couldn't see a thing due to the tears streaming from my eyes & I certainly couldn't hold a camera still through my hysterical laughter.
Oh well, I'm pretty sure it's a memory that will be etched into my mind forever, one I won't soon forget.
I'm probably not the only one, either.  Poor Meatball.
The day he came face to face with Freddie, the walking, talking, {terrifying} firetruck.

Posted by happeningsofourhome at 5:27 PM