And let me tell you, we aren't about to skimp on a single detail.  Our calendar is booked solid for the next month or so, with every kind of Fall activity we can squish into these beautiful days.  We've got a full agenda & we like it that way.  As far as I'm concerned, these are the some of the most beautiful days of the entire year, & we've got to get out & soak them up before they are replaced with snow, ice, & cold.  So if there's some Fall fun out there to be had, you'd better believe we're havin' it!

Today, my little family & thousands of other locals gathered in the historic downtown streets of our neighboring city to have a celebration.  A celebration of the gentle changing of seasons. A celebration to usher in the official first weekend of Autumn. A celebration called Oktoberfest. 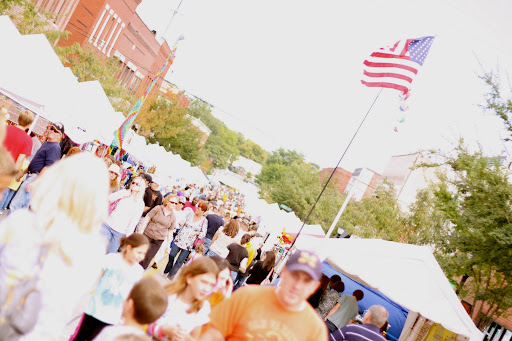 We followed our noses to the tempting aromas of kettle corn, funnel cakes, & brats--you know, all of that terrible, greasy, fattening, oh so yummy food that you can only get at a good old fashioned festival.  We weaved our stroller in & out of crowds & around children who stopped to beg their parents for every knick knack they laid eyes on. And we listened as karaoke singers {many tone deaf, but a couple who managed to make me stop dead in my tracks & raised the hair on my arms} belted their voices through loudspeakers.

I've gotta hand it to the folks that put on this shindig--they know what they're doing.  There were craft booths, food booths, carnival rides, three different music stages, arts & crafts for kids, pony rides--you name it, it was covered.  Jared & I agreed that it was most definitely one of the best festivals we've been to. We agreed on one other thing, too--that we'll be back.  Like every single year.  It really was that much fun.

And to prove it, here's our day in photos: 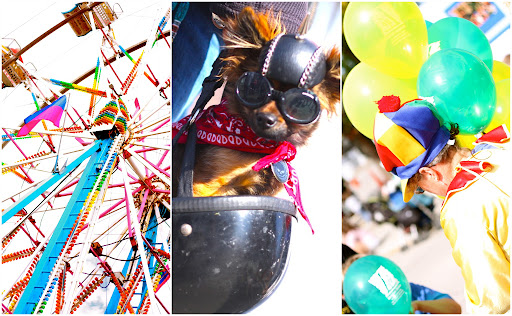 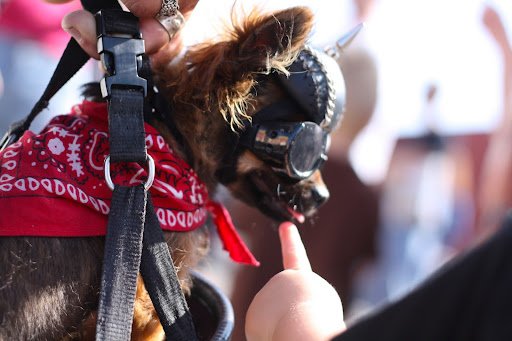 Yes that it my child sticking his finger in that cute little dog's mouth.  Seriously, can you believe that little dog?  I think it has more accessories than me! 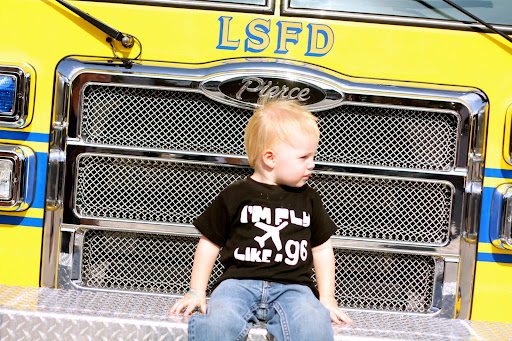 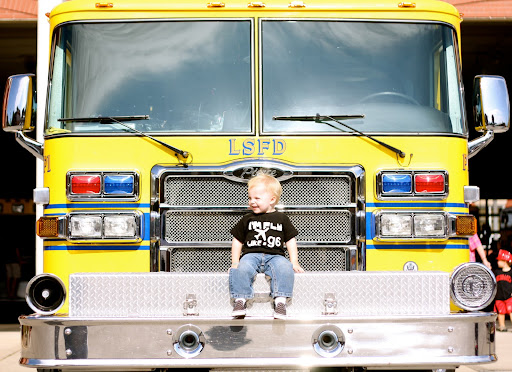 Want to know a way to a little boys heart?  Firetrucks!  This fire department was absolutely amazing {& deserves a whole separate post--I'm working on that}.  I'm calling first thing Monday morning to arrange a play date to the fire station so Jett can take all of his buddies to check out the fun. 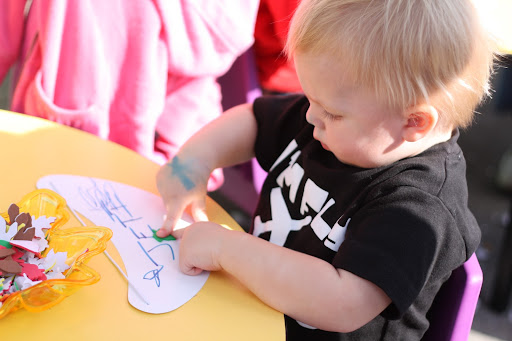 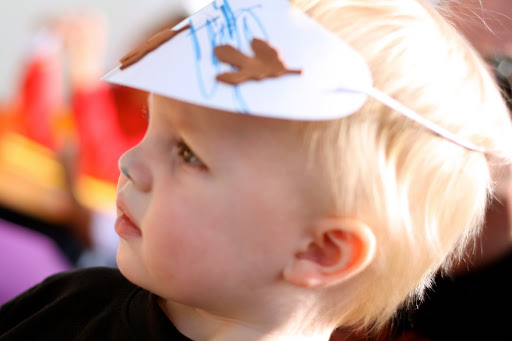 Want to know another way to a little boys heart?  Stickers!  We had to stop at every single arts & crafts booth so our little budding artist could whip up some sort of cute craft. See, I told ya--boy's got mad artist skills. At this particular craft station, there were little tables & chairs set up {he is OBSESSED with kid size tables & chairs right now--in fact, Santa already has a Pottery Barn set stored downstairs in our storage area} along with markers & stickers & little visors to decorate.  Once Meatball's visor was all finished, he nearly had a conniption when we tried to pull him away from his craft table.  The other thing I'm doing first thing Monday morning--stocking up on stickers! 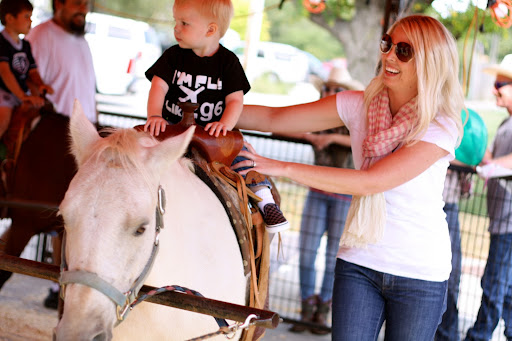 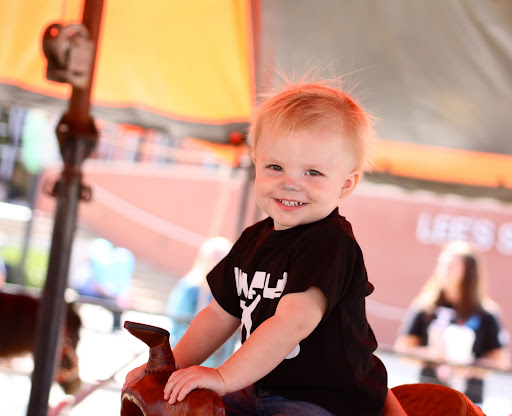 Jett Jett's very first pony ride!  As you can see, he's a regular little cowboy!  Jett's pediatrician has always joked that our little Jett Jett deserves a pony since he slept through the night at two months old & has ever since.  But since our backyard isn't big enough, we're just gonna have to settle for Oktoberfest. 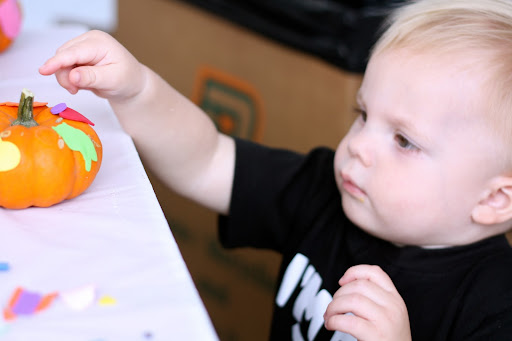 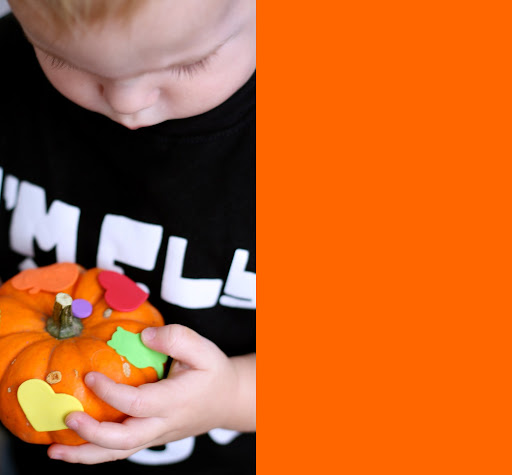 Oh my goodness, was he ever so proud of this pumpkin!  He picked out this little orange pumpkin & decorated it by, you guessed it-- sticking stickers all over it.  He held this thing between his chubby little hands the entire rest of the day like it was his very own trophy prize. So incredibly adorable.

What an amazing day.
I think we've started Fall off on the right foot.
Happy Fall Y'all!
Posted by happeningsofourhome at 7:54 PM