You know you've just had a darn good time when you're scrambling in the door at the end of the day, a film of dirt covering every exposed part of your body, a baby with the thickest layer of sticky you've ever witnessed in your life, a husband who is shaking dried corn out of his pant leg, & finally, stripping down to hop into a much needed shower & questioning how in the world that hay & straw found it's way to some of the places that it did.
A darn good time, indeed. 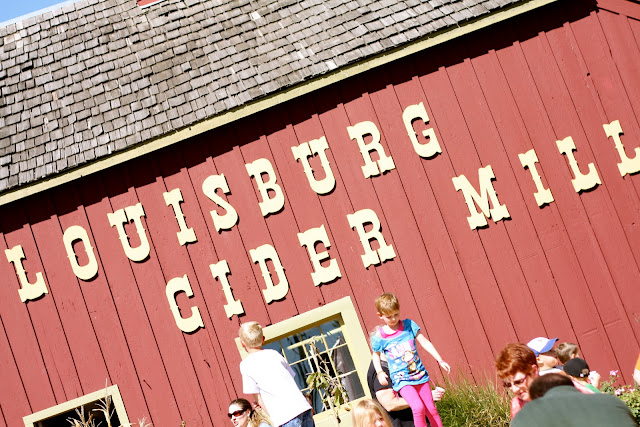 Papa, Grandma, & a certain favorite uncle joined us as we burned up the highway over the weekend & made our way out to the Louisburg Cider Mill.  The annual shindig, Ciderfest, was in full swing & we've had it marked on our calendars for weeks, just waiting to get in on all the action. 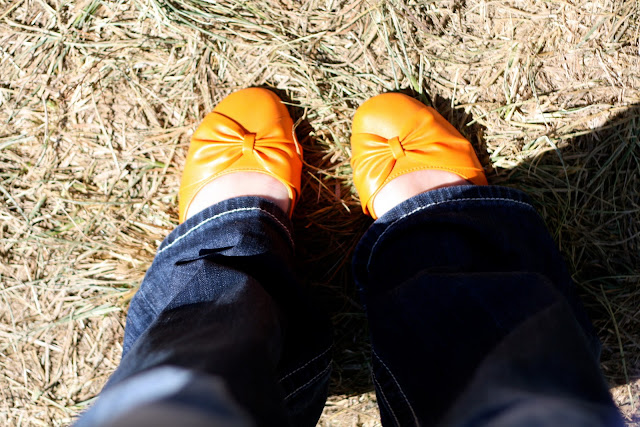 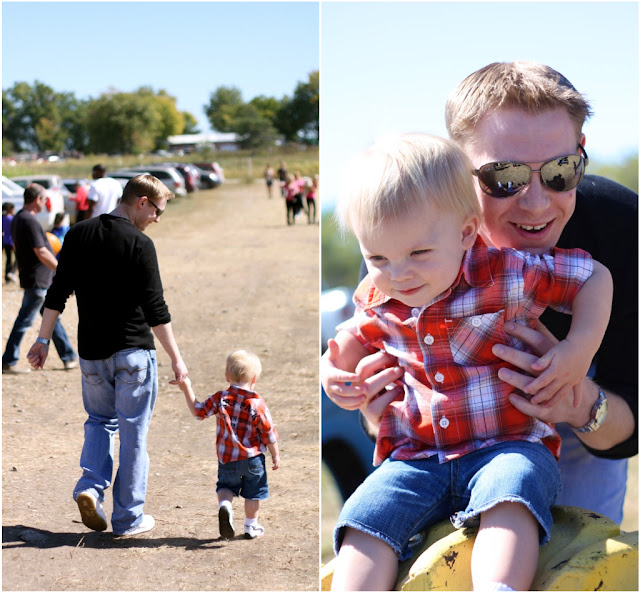 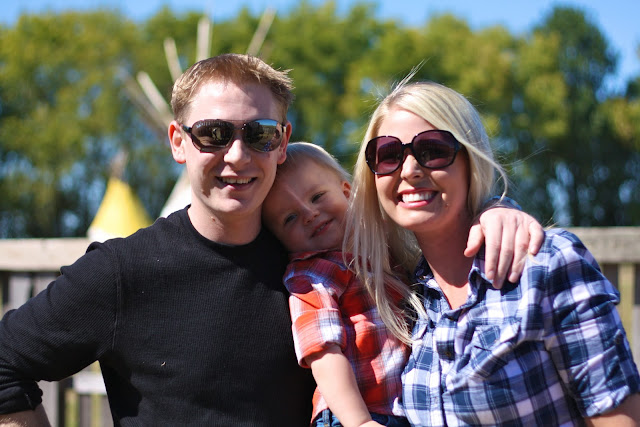 {Jett man & my brother are establishing the sweetest little bond.  I remember a time when my brother would whine that he felt like Jett didn't like him because Jett would always prefer Momma or Daddy, Papa or Grandma over him.  But gone are those days.  When you see these two together, there's no denying that Uncle Curtis holds a top spot in little Meatball's heart.  He lights up when he sees Curtis, he insists on being carried around by or holding Uncle Curtis' hand, & he points to Uncle Curtis' picture all the time & says "Cis". Having the close relationship that I have with my brother only makes it that much deeper seeing the precious relationship  that these two are forming.}
Boy howdy, was there action!  Ciderfest set the stage for a Fall day that will go down in our history books, for sure.
Bluegrass music echoed throughout the farmstead, the delicious smell of bar-b-que wafted through the air, energy & excitement bursted from every corner of the dusty grounds, & we partook in everything this fun fall festival had to offer.
We bounced & rolled in the hay. 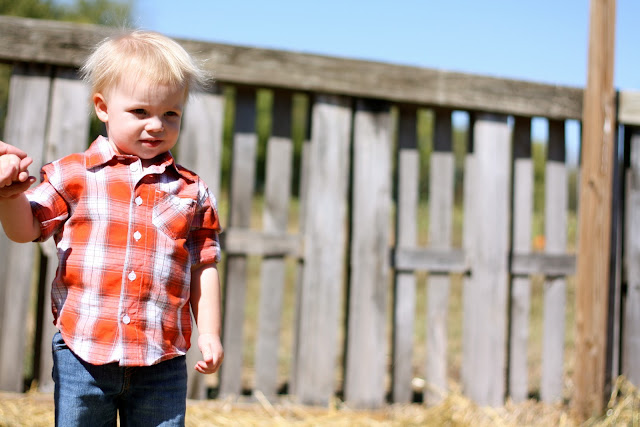 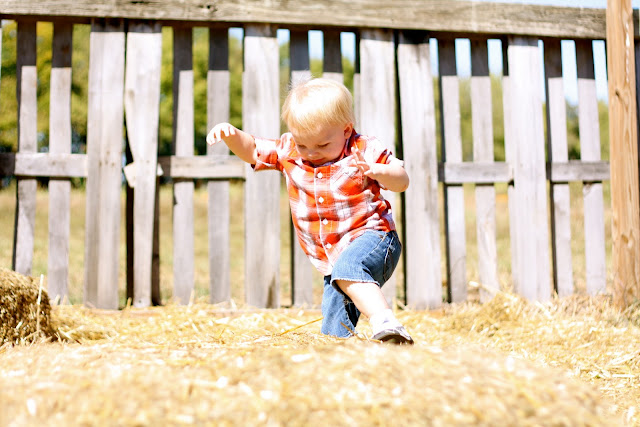 We putted around the entire ten acre pumpkin patch on a tractor drawn hayride, but later found out that the real fun to be had was actually held at the pumpkin lot.  Here, the brightest of orange pumpkins had already been pre picked & you could roll, climb, & jump on these pumpkins, all to your heart's delight. 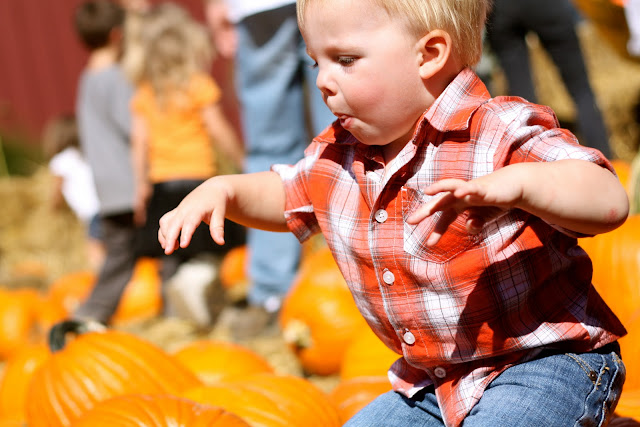 Papa & Jett found a teepee village to explore & we found out that this Fall, our little Jett Jett is three pumpkins tall--well, almost. 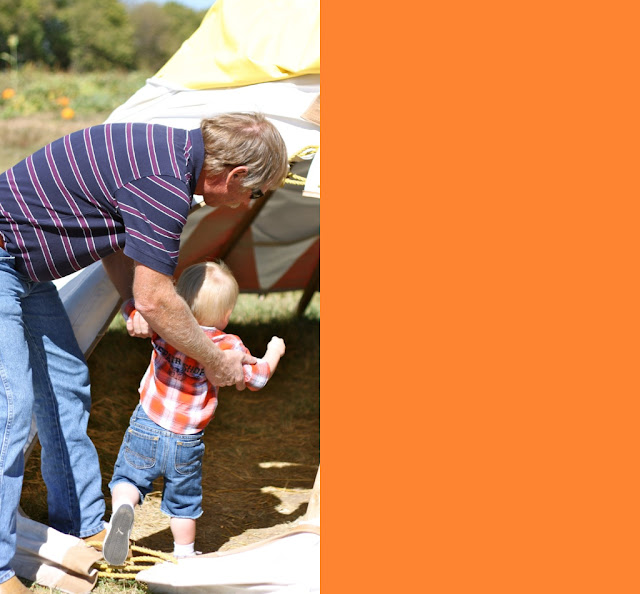 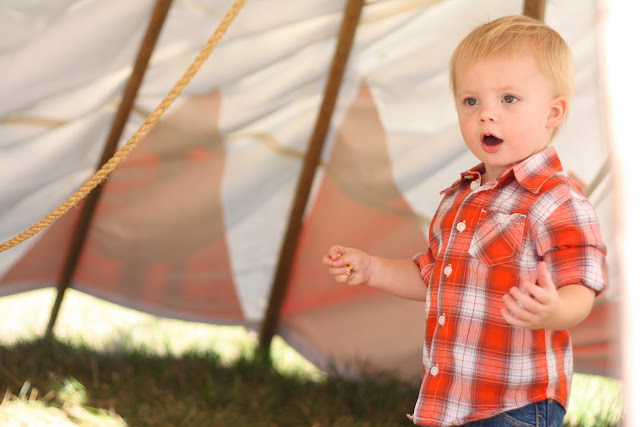 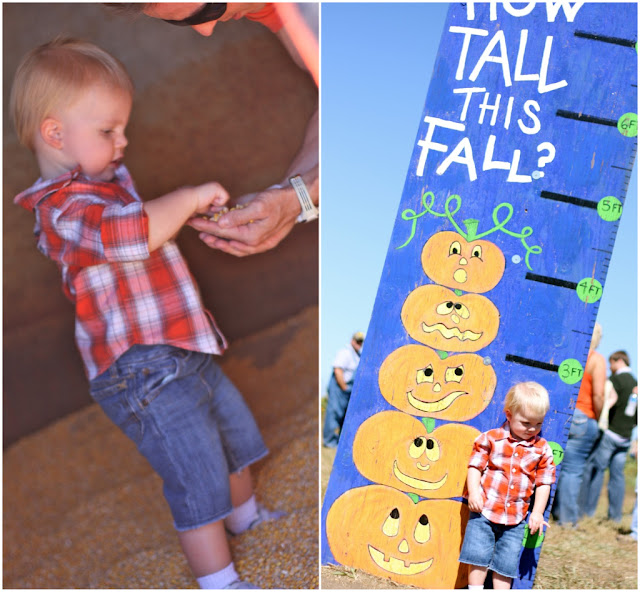 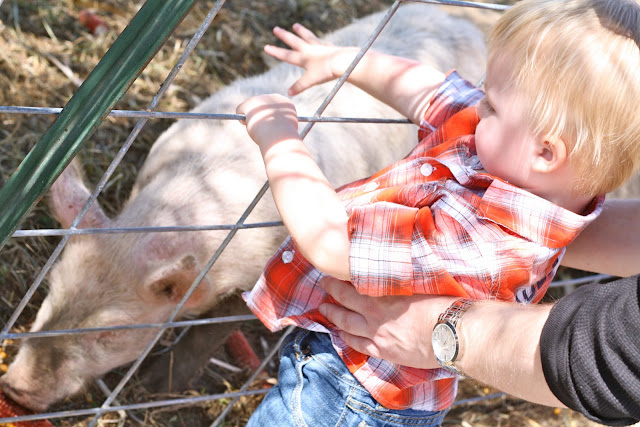 We ate good food.  Oh boy, did we eat good food.  In fact, I think between the six of us, we may have tried every kind of food that was being cooked up the Louisburg Cider Mill.  Apple cider pulled pork sandwiches, apple cider slushes, & Meatball's personal favorite--the famous apple cider donuts.  We stood in a line I thought we'd never see the end of in a pursuit to get a taste of this apple cider donut that all of our friends & family have raved about.  Let me just say, that apple cider donut...worth every bit of that wait. 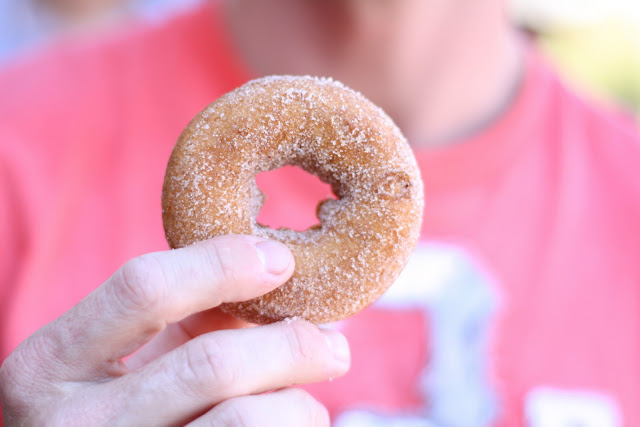 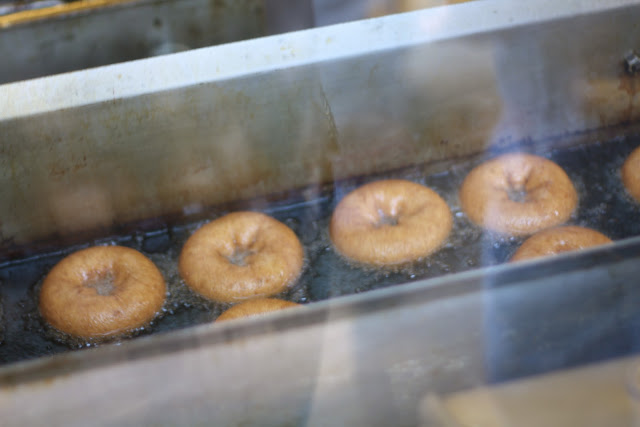 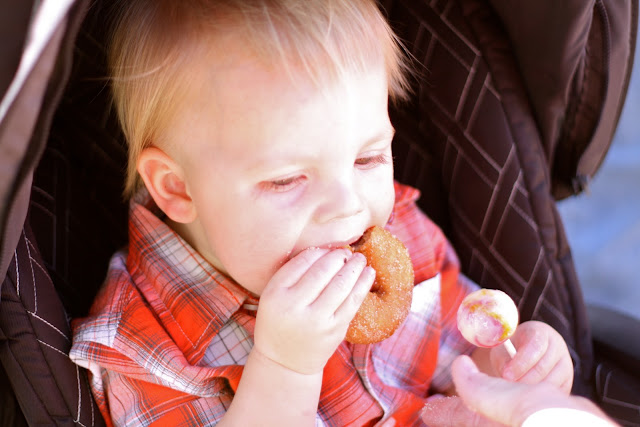 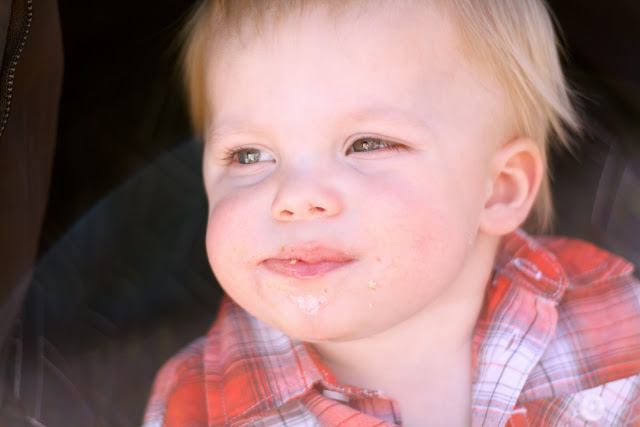 Ciderfest delivered to us yet another absolutely perfect Fall day.  And the best part... we're only getting started, folks.  There are plenty more Fall days stretched before us, & we're pretty excited to fill them up with memories.

As we were driving home I had to chuckle at Jared.  He said to me, "This is probably my favorite Fall of all time."  I giggled at him thinking to myself that Fall has only just begun & we have so much left to do.  I suppose that just goes to show you how much fun we're already having!  I mean, if the dirt, stickiness, & hay stuck to random areas wasn't enough proof for ya. 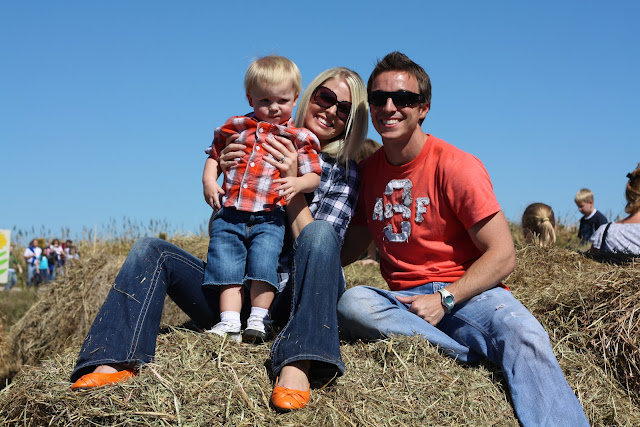 What kind of fun are you up to this Fall?
Posted by happeningsofourhome at 5:17 PM