These Boots Are Made For Walkin'

Meatball takes after his momma in more ways than one.  Go here to see that complete list.

Well, this week we added one more thing to that mile long list.

Kid's got an obsession with his UGG boots.  Yep, takes after his momma, alright. 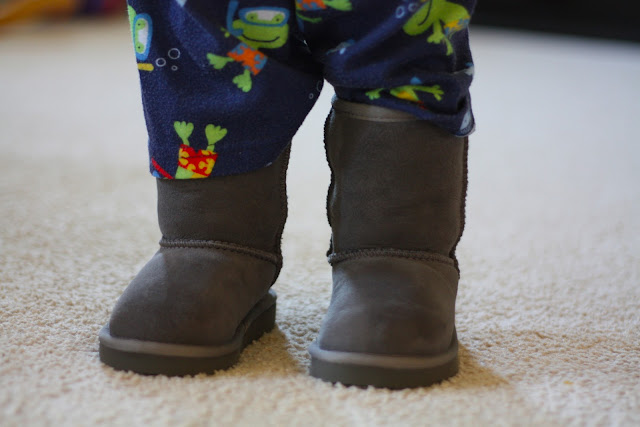 Come wintertime, we live in our UGGs around here.  {I'm not even going to tell you how many pairs I own--it's quite embarrassing.} They are so easy to simply slip on when headed out the door into freezing weather. They are comfy-cozy-warm.  And they are absolute heaven for feet. Now, I'm not saying they are the most fashionable footwear on the market, I'm just saying you won't find anything cozier for your feet. Everybody needs at least one pair.  Trust me. 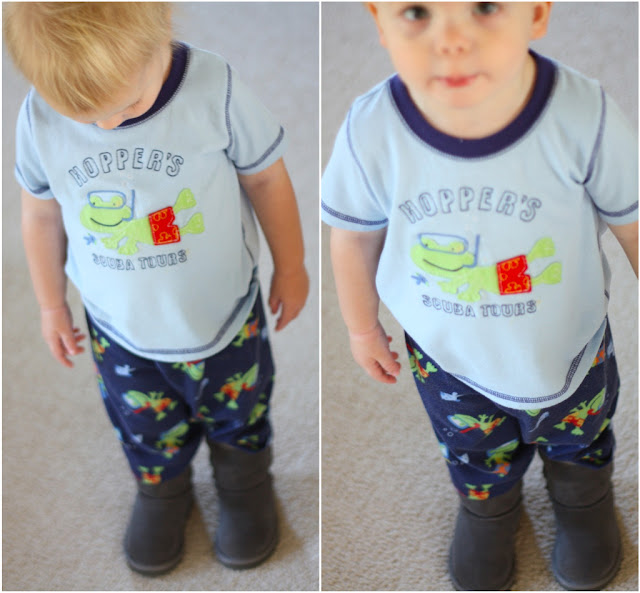 Jett's had a pair of UGGs since he was just a little thing, & last winter, he wore the heck out of them.  It was no question that he would need a pair this year to keep those little tootsies snug once that frigid wintertime weather sweeps in.

These came in the mail this week & Jett watched as I tore open the box & pulled out boots just his size.  It didn't take long for him to realize that those new kicks--they were just for him.  We tried them on, he walked around in them {I should say strutted--he sure thought he was big stuff}, & when it came to time to take them off--Nuh uh.  Not happening. 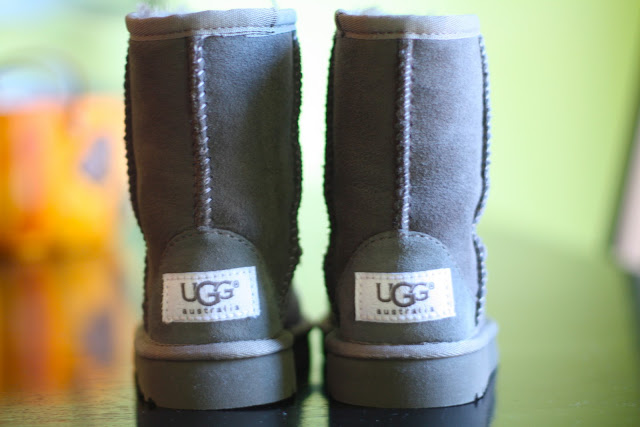 Turns out, Meatball could care less if it's 84 degrees outside, by golly he's got boots & he's gonna wear em'! 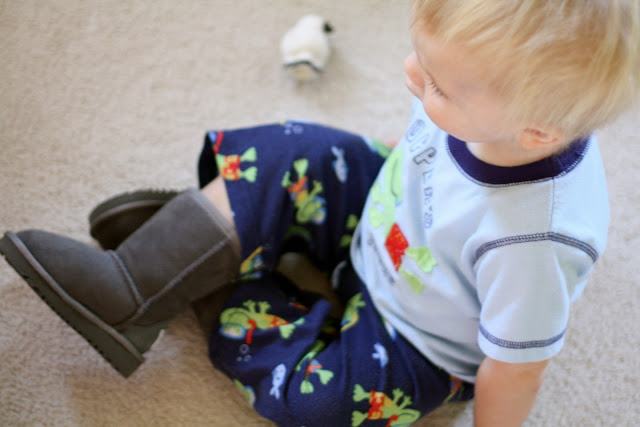 So first thing every morning, Jett man goes on a hunt looking for his boots {Yes, we hide them. We're hoping he will forget about them until winter.  No such luck.  Kid has a memory like an elephant}.  He's figured out our little trick, too.  The other day he happened to peer over the top of our corner living room chair {& Daddy's not so great hiding spot} & bam!  Immediate tears.  So on went the boots.  Now he just wanders around the house pointing & whining until I finally give in & pull the boots out of their latest hiding spot. 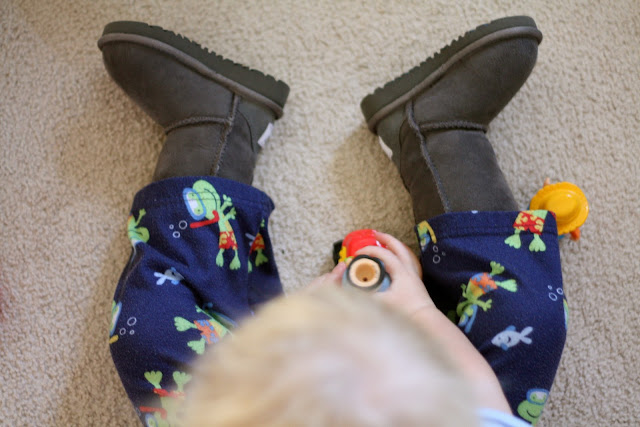 I've got to admit, I think it's pretty cute seeing him march around in his big ol' clunky boots, completing his attire of jammies or a summer short outfit.  It cracks me up that he already has his own opinions about what he wants to wear {& you thought only girls did that--ha!}, & I have to laugh at how he's really panning out to be quite a little shoe fanatic {takes after another certain guy in our household}.
I suppose I should probably do myself a favor & just give in on the boot battle & simply let the kid wear the stinkin' boots, heat advisory or not. At least I'll be getting my money's worth, right?
I guess it's time for this momma to come to grips with the fact that...
These boots are made for walkin'!
Posted by happeningsofourhome at 7:09 PM