It's Monday. And I'm feeling like a little stroll down Memory Lane is in order.

So come along. Let's stroll, shall we?

One of the reasons I absolutely love having this little blog of mine is because it acts as my own personal  Memory Lane that I can stroll through any ol' time I feel necessary. When I want to see what we were up to a year ago....easy...just a click away. When I want to sail through the baby days of my little Jett Jett...simple...one click of a key. When I want to see how I've grown in my own personal life, what I've overcome & conquered...there it is...a pick me up, just like that. The memories that are documented throughout the many months of this blog are priceless to me & I have found that for every month this blog turns a little older, the more valuable each little post comes to mean to me.

But there's just one little problem I've found myself running into lately. You see, I've got baby on the brain like crazy these days & when I go to click the button that pulls up all of my little pregnancy moments from back when I was carrying my little Jett Jett, well, sadly, they're not there. Unfortunately, happenings of our home hadn't been birthed yet at that time I was pregnant with my Jett Jett & all of those pregnancy memories aren't just an easy click away. They are documented, but those documents happen to be inside a journal that is tucked away in a dusty attic. I'll drag it out one of these days, but until I do, we're gonna have to settle for something I like to call Memory Lane Mondays. Every once in awhile, when I'm feeling all nostalgic & sentimental about my first born, I'll set aside a Monday where his own story has a chance to be told on this blog.  That way, some of the most memorable moments of my pregnancy with Jett, the ones I don't ever want to forget, they too, get their very own pages here at happenings of our home.


So first up for Memory Lane Monday: Spilling The {baby} Beans

I must have taken a gazillion pregnancy tests before finally seeing the word PREGNANT show up on that tiny digital screen. I raced as fast as I could into the laundry room where Jared was, half panicked, half elated, & held that stick right in his face. His reaction was skeptical. Here I'd been taking test after test after test, all of them coming back negative, & rightfully so, he was fearful to get his hopes up. But by the end of that day, our hopes had sailed sky high when my doctor called me himself to congratulate me on my pregnancy. It was the beginning of a journey we had been dreaming of & we were beyond ecstatic!

I wanted to shout it from the rooftops. I wanted to scream it to the world. I wanted everyone to know that we were having a baby! I could not contain myself... but I had to. Because you know me. It's not my style to simply call up our loved ones & say, "Yo, I'm pregnant." I had to come up with a master plan. We were having the first baby on both sides of our families, so we had to come up with something that would not only surprise them, but something that would shock them.

We told my family first. We were visiting home for the weekend & actually had the intention of keeping our secret until a later date when we had figured out some spectacular reveal. But after spending a few hours with them, I was busting at the seams & I had to spill the beans...& soon. So spur of the moment, Jared & I made the best of the resources we had at the time-- Wal-Mart. We hit up Supercenter at about 10 p.m. that night, purchased an "I love Grandma" bib, two child sized fishing poles {a princess one & a Spider Man one--for my dad, the avid fisherman}, & a baby onesie that we ironed "GO CHIEFS" to the front of {for my brother, the die hard Chiefs fan.} It wasn't exactly what I had in mind for the big reveal, but we knew it would get the job done. And boy did it. The next day, while sitting out on my parent's back deck, we handed them gifts--told them we had brought them back a little something from our trip. Little did they know... 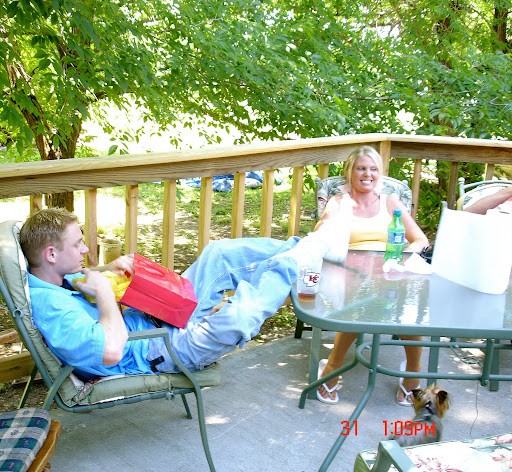 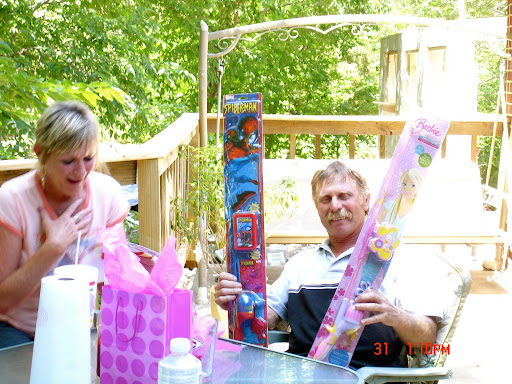 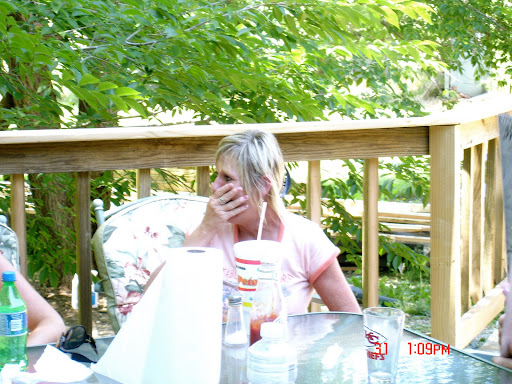 It may have not been part of my exact plan, but looking back, I wouldn't have had it any other way. Tears, laughter, pure joy, perfection.

Now, Jared's family was a different story. We knew immediately how we were going to be spilling the beans to them. Jared's mom & dad had been talking about having family photos done for as long as I had known them, so this was gonna be a piece of cake. Mother's Day rolled around & we informed both my mother in law & father in law that for their Mother's & Father's Day gifts this year, we would be paying to have photos of the whole family taken. We got the entire family together, coordinated outfits, met at a beautiful park & got all set up for what seemed like an innocent family photo session. Innocent until the very end, anyways. Here we all were, huddled together on a picnic table for our last set of photos to be snapped, when the photographer announced, "Alright, this time, on the count of three, I want everybody to yell...Holly's pregnant!" Jared & I braced ourselves. We squeezed each other's hands tightly. We waited. Laughter, squeals, shrieks, tears...it should all be bursting in a matter of seconds, right? Wrong. There was nothing. They weren't taking the bait. Not even a nibble. Everyone kept posing for the photographer while Jared & I cracked up laughing. My sister in law even made the comment at one point, "No! We can't say that! Then we'll jinx them!" Everyone continued posing for the photographer while Jared & I literally died laughing, looking at one another like, Welp, what do we do now? Finally, after what felt like forever, I piped up, "No really. We're pregnant."  The rest is history... 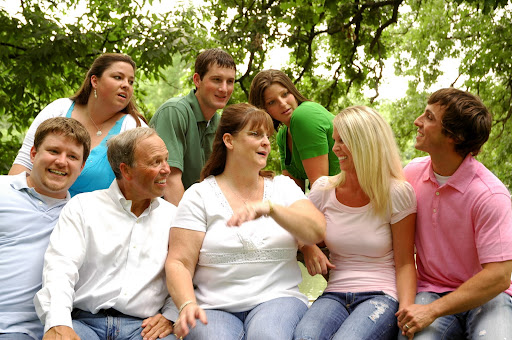 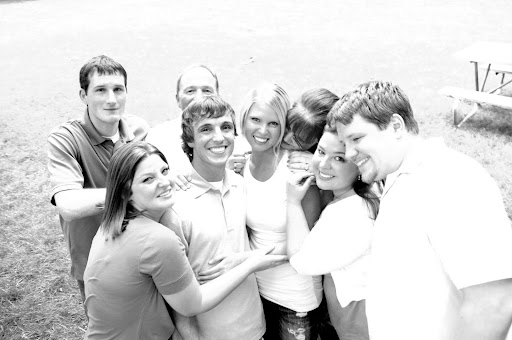 Both are moments that are so very beautiful & sacred to me. They are moments that I could tell again & again & never grow tired of. Moments I want to share with my children & ones I desire for my children to share with their children. These are moments I feel are so special, so meaningful, that there is no possible way I could ever forget them. But just incase, just incase this memory of mine fails me one day, these perfect memories are captured. They are frozen in time. Documented forever & ever.  Right here on this little blog of mine.
Yay for Memory Lane Monday.
Posted by happeningsofourhome at 7:37 PM