Memory Lane Monday: It's A Boy!


We just did the big behind the scenes story of our journey to finding out we are having a little girl & all of that excitement swept me right back to another cloud nine kind of time in our lives. A time when we found out we'd be welcoming a warm little bundle of blue into the world.

Here's the inside edition of us finding out our hearts would be snatched up by a sweet baby boy:

Why go & mess with a good thing, right?

It may have been the same little system, but it clearly resulted in two very different outcomes! 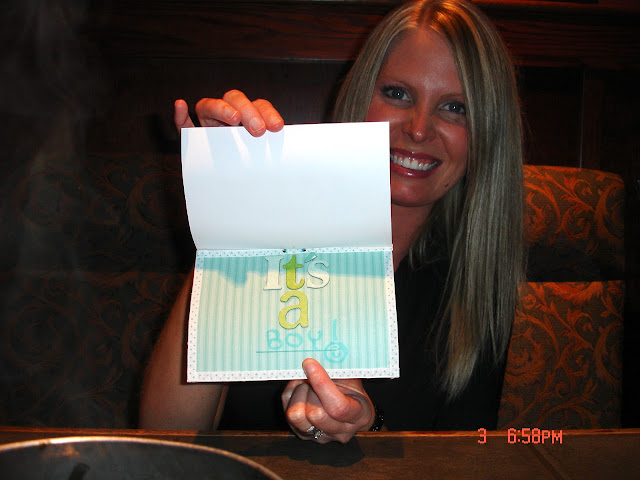 Jared & I had slipped away from our jobs early in the afternoon to meet up for the big appointment--the appointment that had been keeping us awake all hours of the night, the appointment I had played out in my head over & over again, the appointment that I had literally counted down the minutes to.  Excited doesn't even begin to scratch the surface on the feelings we were experiencing.
Frogs, snails & puppydog tails?
Sugar, spice & everything nice?
This was the determining moment. A glob of jelly on my tummy & a quick swoop of an ultrasound wand & the answer was sign, sealed, delivered.
Let me just take this moment to say that our Jett Jett's feet were NOT crossed at the ankles, but rather, fully spread apart & at one point during the ultrasound, we saw two little legs sticking straight out & as clear as day, between those legs dangled a little 'something'.  I saw it. Jared saw it. Diana {the ultrasound tech.} tried to convince us it was the umbilical cord. But we knew. We just knew.
Even though we pretty much knew in our hearts at this point that we were having a boy, we still followed in pursuit of our perfectly laid plans. After all, a scrumptious little outfit was waiting to be chosen, a card had already been sealed up in a crisp, white envelope, & dinner reservations at the Melting Pot had been made well in advance. The show had to go on. 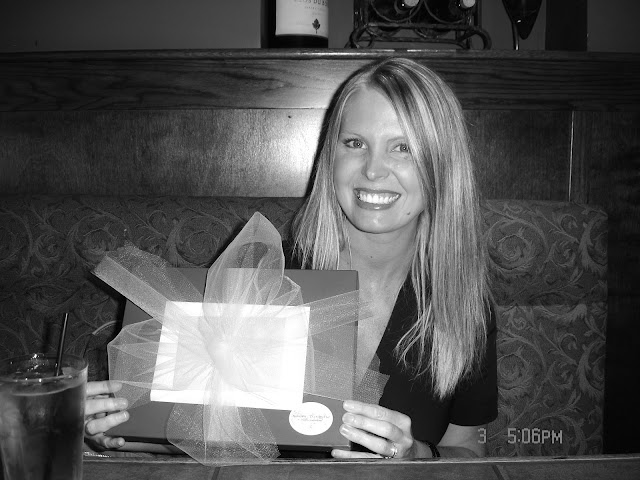 Finding out that a baby blue nursery, pee-pee tee-pees, cars, trucks, & trains were in our near future was absolutely the most fun we'd ever had. But you know what was even more fun?

Announcing that big news to everyone else.


Here's how we announced to our families:
I feel bad, I really do. But given the opportunity, I'd probably lie again. They {my family & Jared's} had asked again & again what date we were having our big ultrasound. They didn't know this, but there was absolutely NO way they were getting that info out of me. So after dodging, ducking & weaving away from having to answer them, I finally just flat out lied. I gave them a fake date.
Oh, don't judge me. I had a plan.
A really good plan, if I do say so myself... 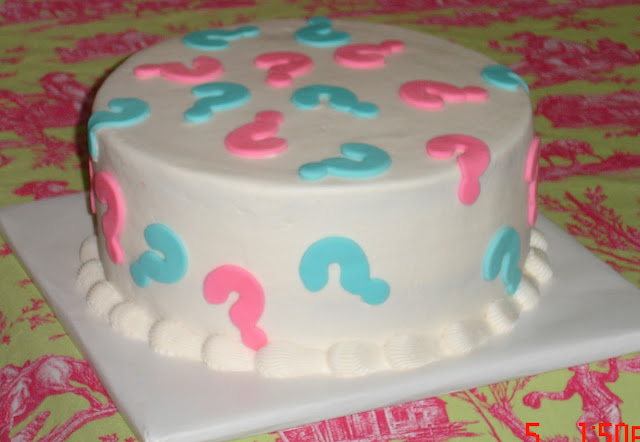 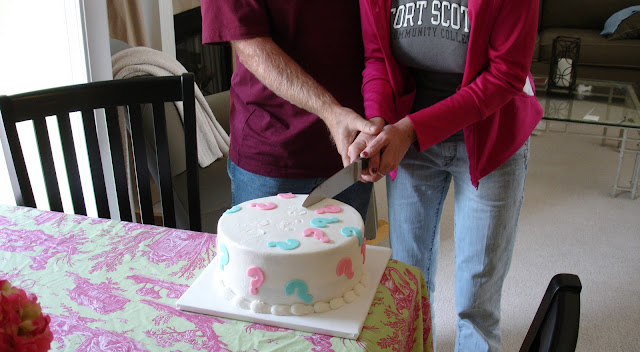 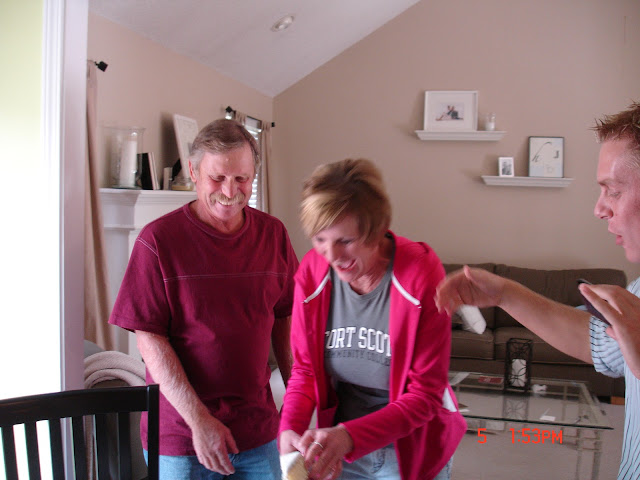 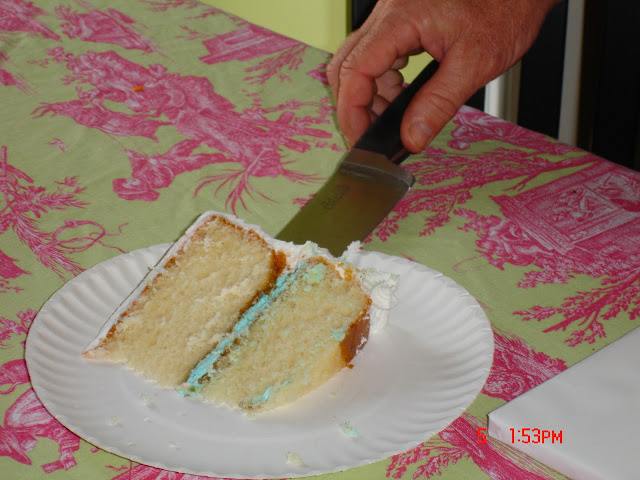 You should've seen their faces when we walked in with those adorable little cakes. Some immediately figured out what was going on, some took a minute to figure out that we had been fibbing all along, some counted the question marks to see if there was some way of determining the answer by the number of pink & blue on the cake. 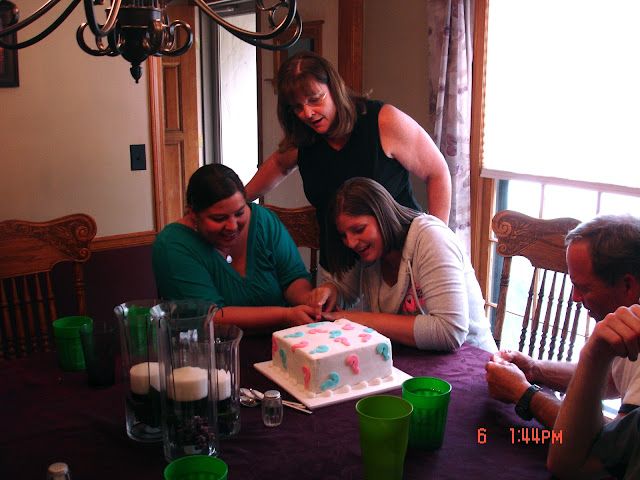 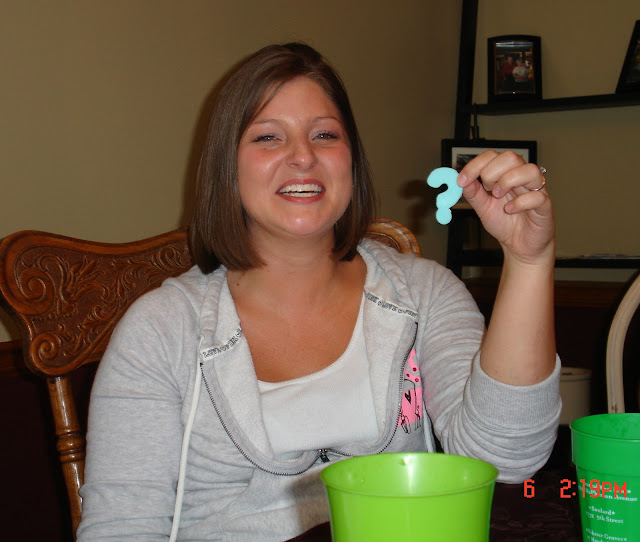 Everyone celebrated the little boy that would soon swoop into our lives & gobble up our hearts.

Oh how we all thank the Lord everyday for that little bundle of blue.
Posted by happeningsofourhome at 7:28 PM