My parents were in town over the weekend & we crammed as much fun as we possibly could into two days-- a Baby Sprinkle, shooting hoops on the driveway with neighborhood friends, endless stroller rides up & down the sidewalk, grilling hamburgers on the back deck & topping the whole weekend off with a little Sunday afternoon ZOO day. 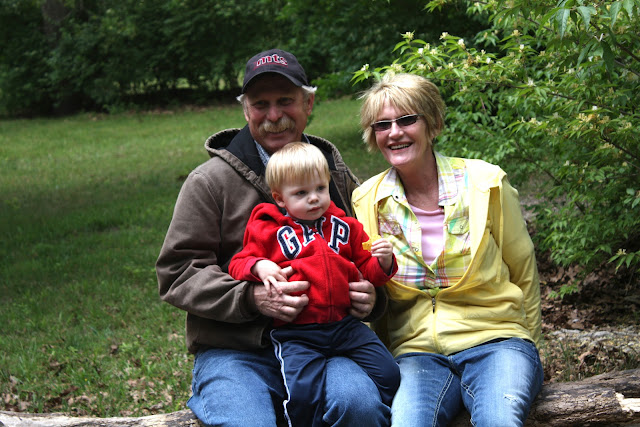 We've been talking about visiting our zoo for some time & after having a recent chat with Jett, I realized it was high time we book our trip. Little mister has known the different zoo animals for ages now &  makes every animated noise that goes along with each animal.  But bless his heart, he had yet to see a single one of those animals in person. In fact, all week long while we were talking about visiting the zoo & naming off the many animals we'd see there--lions & tigers & bears {oh my!}--he got so excited & exclaimed, "And Saurs!" {his word for dinosaurs}.  Why on earth would he think there wouldn't be dinosaurs at the zoo? After all, to him, every single one of those animals were just pictures in a book as far as he knew. Poor deprived kid.

{Oh, & you should've seen his disappointment when I explained that there unfortunately would not be any "saurs" at the zoo. He sat himself down & pouted for a good fifteen minutes. Next outing--dinosaur museum.} 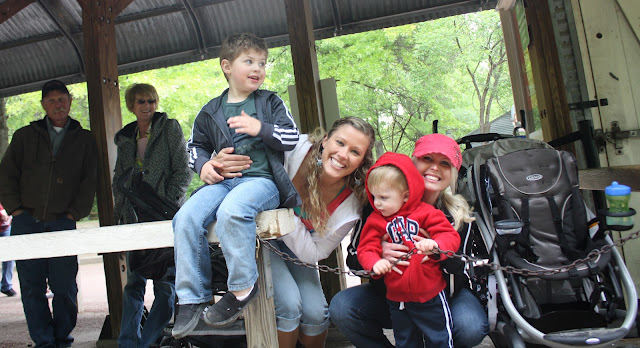 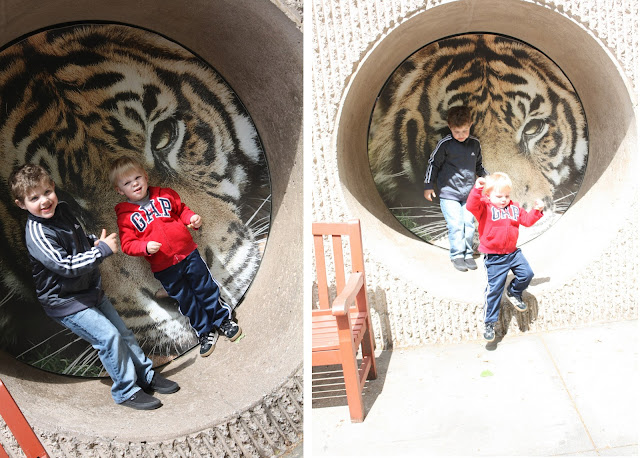 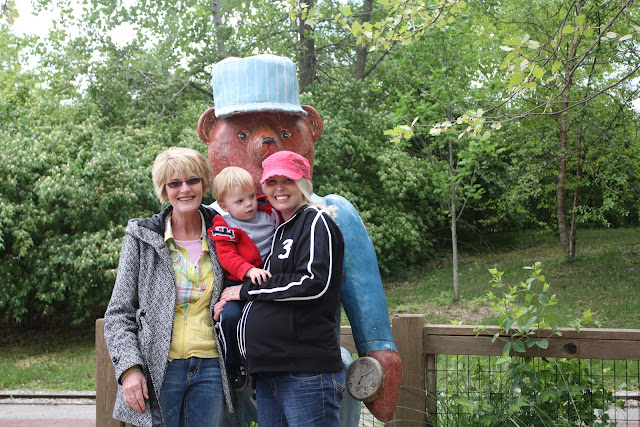 We loaded the car up with strollers, coolers, friends & grandparents & off we went to spend a chilly day checking out some wildlife {well, besides the own two rambunctious wildlife we brought along with us}. 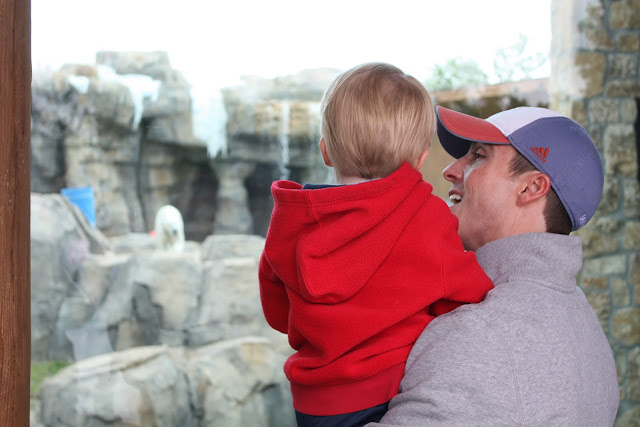 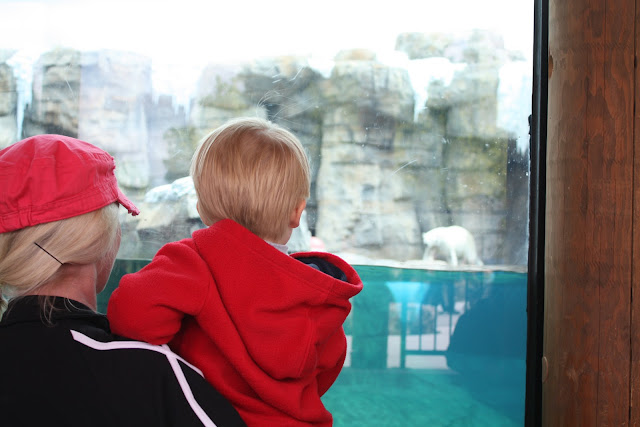 This Polar Bear was amazing. He was Jett's favorite part of the whole day, no doubt. Know how I know? Because four days later when we talk about our Zoo adventure, he looks at me like he can't remember a thing. That is, until I mention that bear. His eyes then become as big as saucers & he shouts, "Beaw!" {traslation: bear}, followed by "Beaw sfwim!" {translation: Bear swim}. 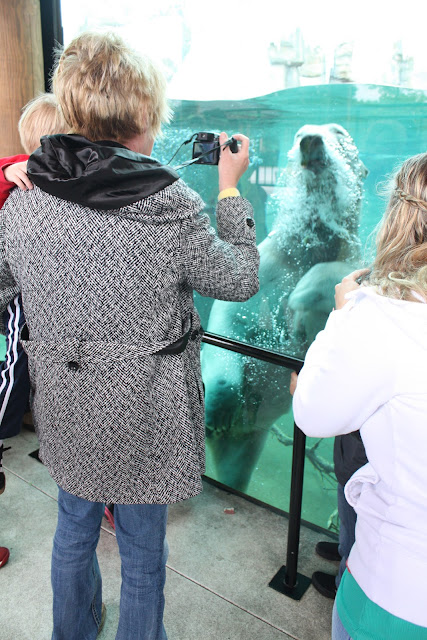 Oh, forgive me. There is one other thing he hasn't stopped talking about--the train ride. Riding on Papa & Grandma's lap. The dark tunnel. The baby who cried when we chugged through the dark tunnel. He loved that train ride. 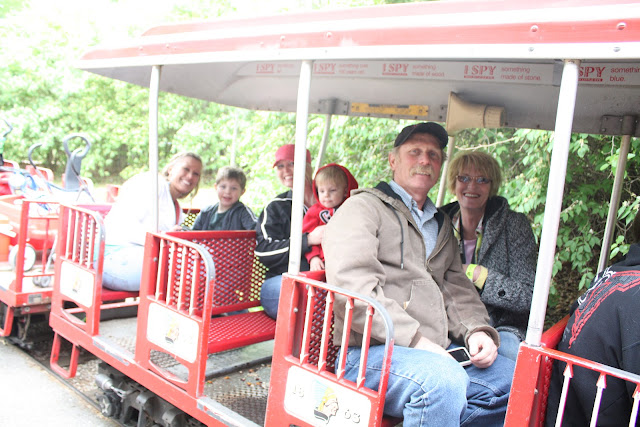 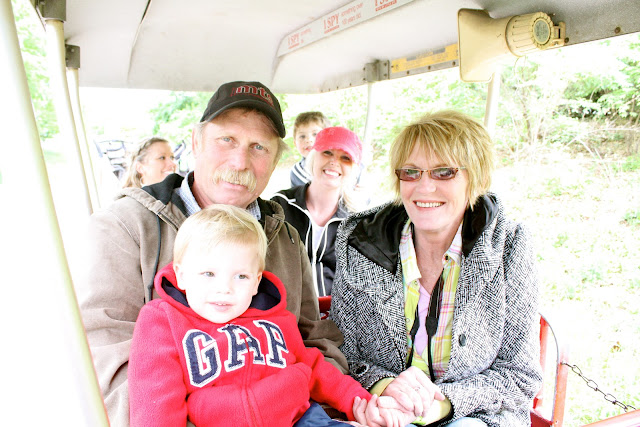 One of my favorite parts of the day was the little encounter Jett had with a particular Lemur. This rascal of a Lemur minded his own business until Jett walked up on the scene. Once he laid eyes on Jett, he started flinging himself all over the place, jumping from branch to branch & the two of them even had a little stare down going for a few seconds. I'm afraid my Jett & spastic little Lemur could do some major damage tearing up the town together. Mr. Lemur recognizes another little rascal when he sees one. 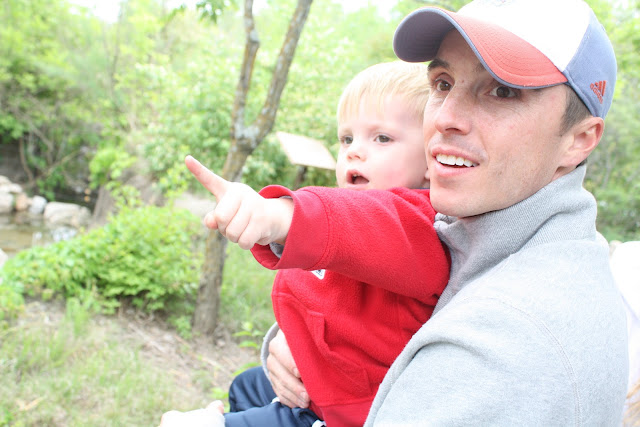 Stinky sheep. Jett mustered up the courage to touch one. And then immediately got doused in Purell. 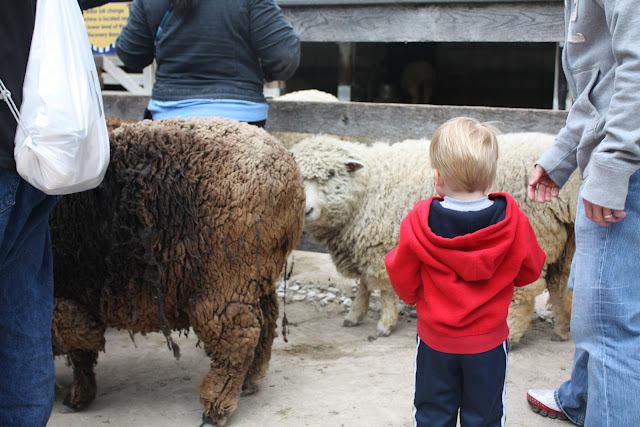 Check out these brave boys. I don't remember what this animal is called, but when it saw two cute little boys, it marched right on over & went in for a kiss. 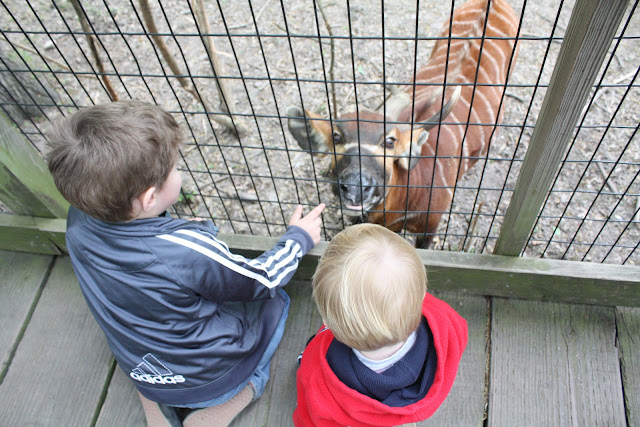 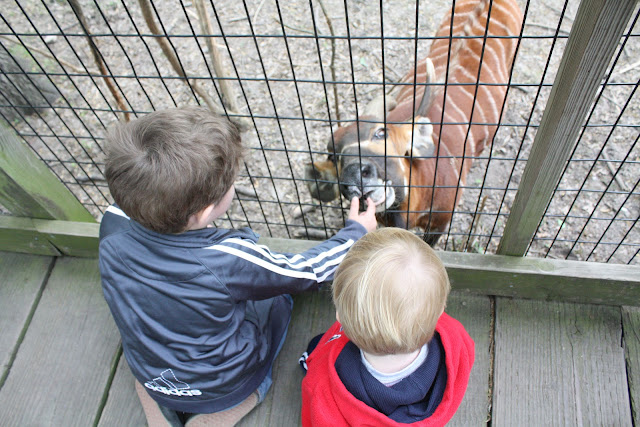 This Lioness was sitting on a rock in the distance with some of her Lioness friends & when she saw the room of spectators filling up, she hopped down from her rock of pals, pranced over, perched herself upon a rock that was just feet away from the window & looked at us like, Yeah, I'm pretty. Now take my picture. {Well, now that I look closer at the photo, it kinda looks like she wants to eat us. Nevertheless, she's gorgeous.} 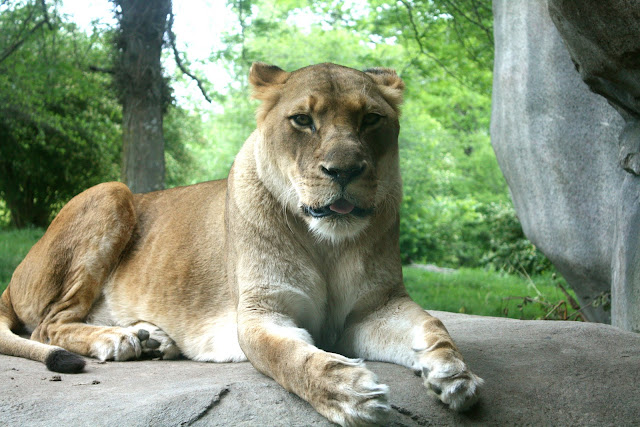 I must say, ZOO DAY did not disappoint. Despite the swollen feet, drippy noses & crabby kiddos we went home with, we still felt as though our ZOO DAY was a success.  We'd made a day full of memories, a day chocked full of fun & a day that continues to make our boys' eyes bug out of their heads when they get to talking about it. 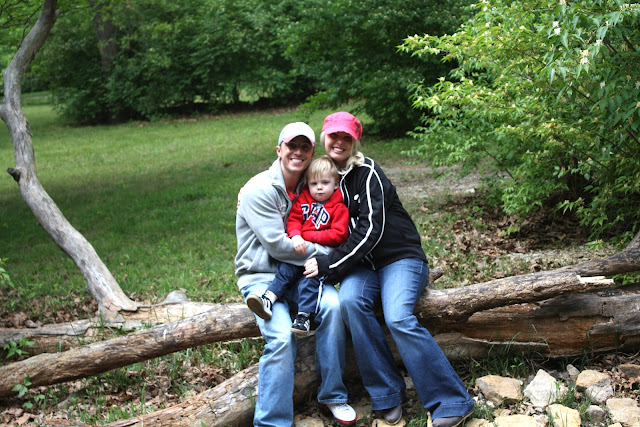 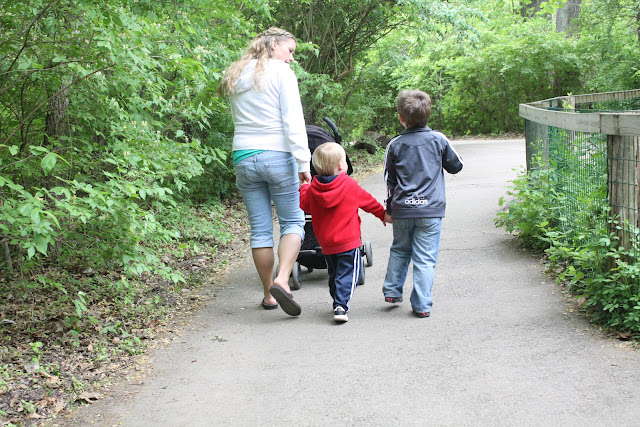 Now... does anyone know where I can find a great dinosaur museum?
Posted by happeningsofourhome at 6:20 PM