After two weeks of being home with us, Jared ventured back to his ol' 8-5 yesterday. 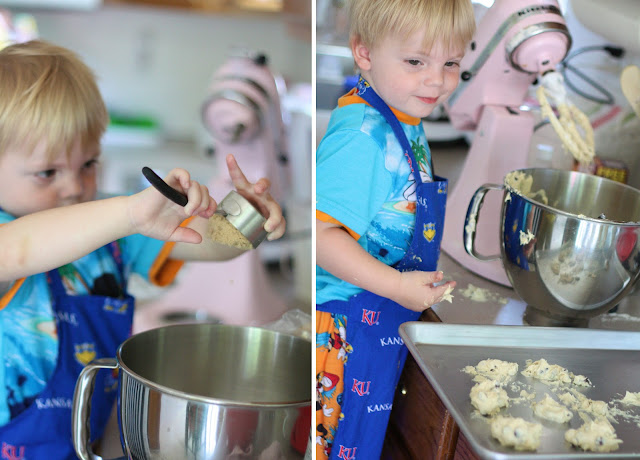 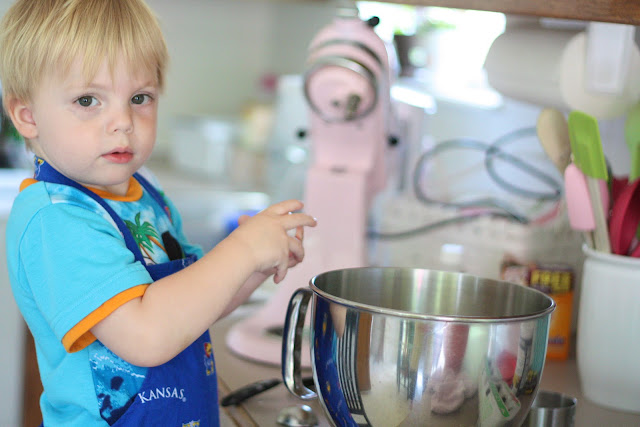 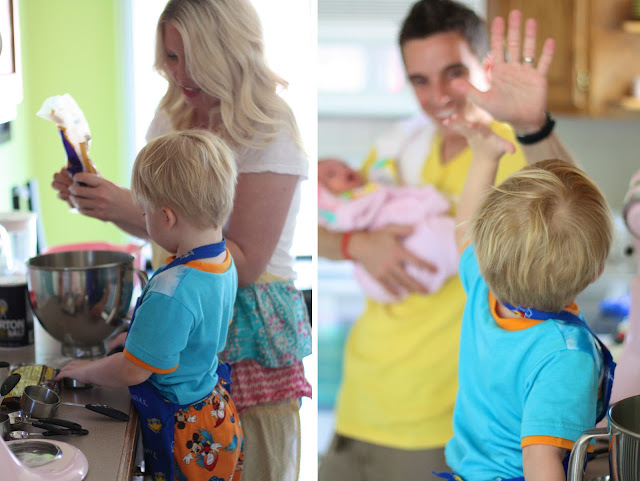 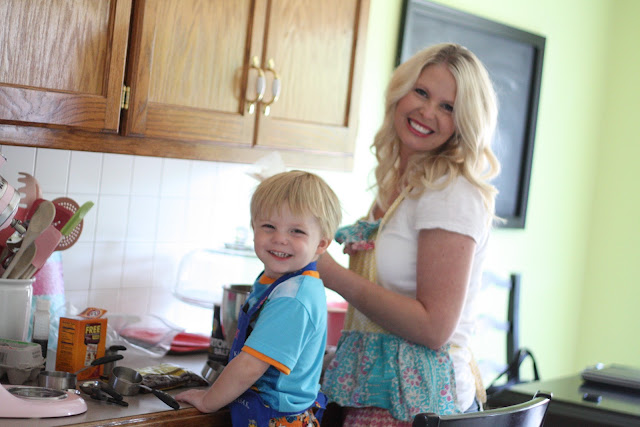 And only one me. 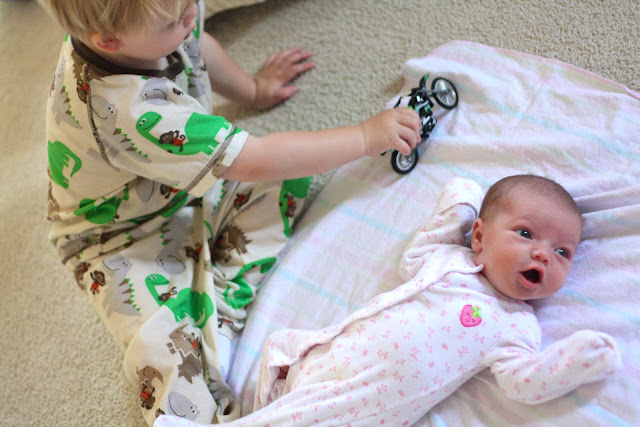 I'll admit, I was nervous & anxious & downright scared to death. I had back-up standing by just in case the day spun out of control & I found myself in need of a village to come & rescue me. 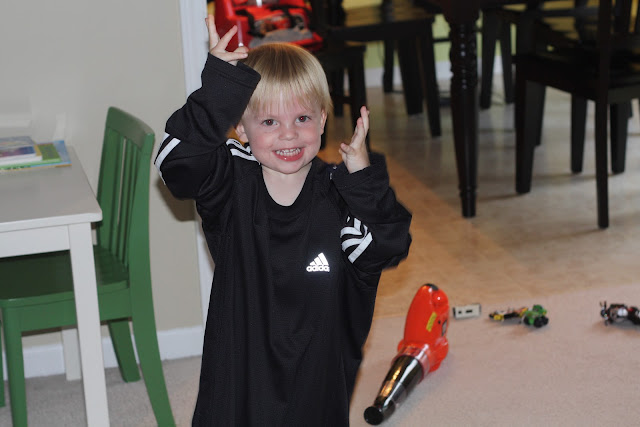 But ya know what I found out about myself? 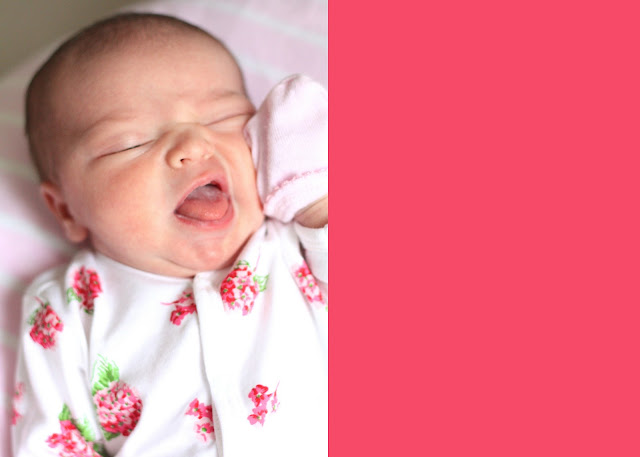 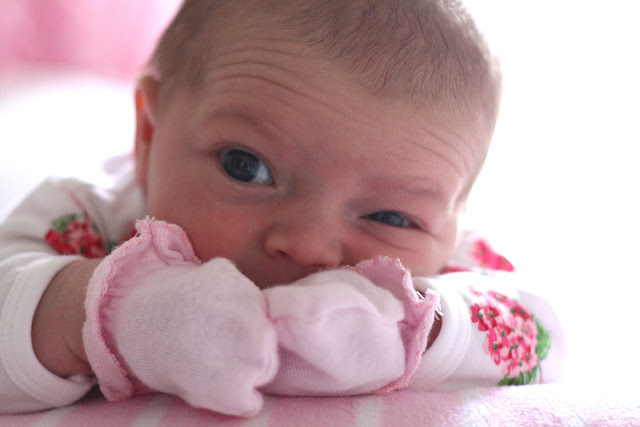 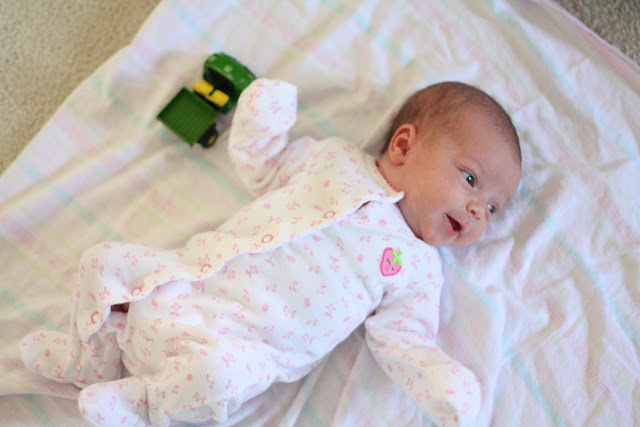 To my surprise, I think I'm handling this whole mom of two kids bit pretty gracefully so far. Now that's not to say we haven't had our frazzling moments--like Lulla deciding to be a stinker for me yesterday & not allowing me to put her down for one. single. second--not the swing, not the bouncy seat, not the bassinet--only Momma's arms could console my sweet girl. Or getting undressed TWICE to hop in the shower only to have to jump out & redress again in my jammies because my kiddos had other plans for my day. Or the explosion of a diaper that I had no idea little baby girls were capable of--I think the neighbors probably heard me squeal on that doozy. Or figuring out how to put on a panty liner with the use of only one hand because I've got a squishy baby cradled in the other arm--hey, you do whatcha gotta do. 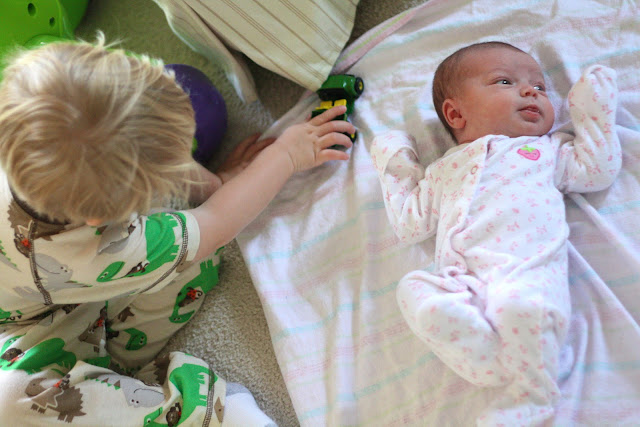 It's busy. It's chaotic. It's hectic. But when a day like today happens--where I muster up the courage for my first outing by myself with the kids {Kids. Plural. Love it.} & make it to Kindermusik with ten minutes to spare, where books are read before naptime with a baby snuggled in one arm & a toddler nestled against me on the other side, where my babies take a nap at exactly the same time so Momma can squeeze one in for herself--it's these days that I know will be the ones that get me through the blown out diapers, the toddler tantrums & the sleep deprivation of having a newborn in the house. 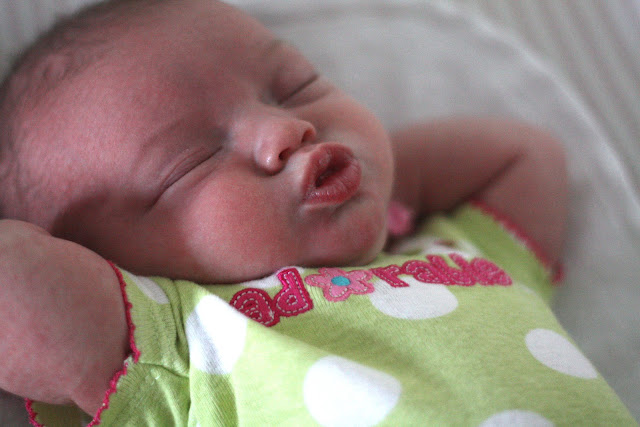 I've said it numerous times over the past two weeks-- I love being a mom to two kids.

Sure I know there will be a day that comes & knocks me off my high horse. I'll call up my husband in tears & tell him I can't take it anymore! I may have to call in my village who waits quietly on standby. I may melt down. I may lose my cool. I may think I'm not cut out for being a mom to two kids. I may question my sanity. 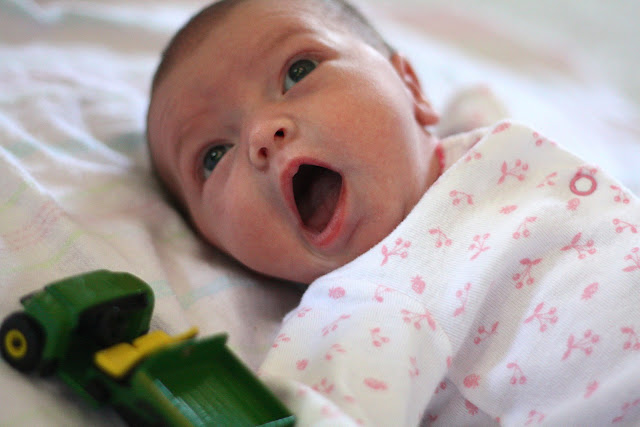 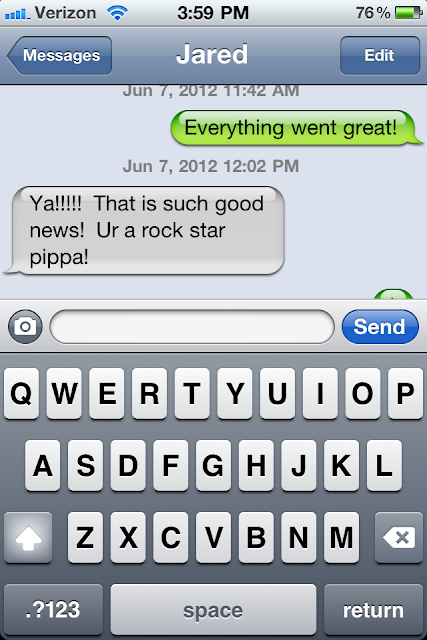 A text between Jared & I after Kindermusik class. Why thanks Hubs, I kinda feel like a rockstar today.


Posted by happeningsofourhome at 3:18 PM