How can it be that an entire year has passed since we ventured off to THIS county fair last summer? 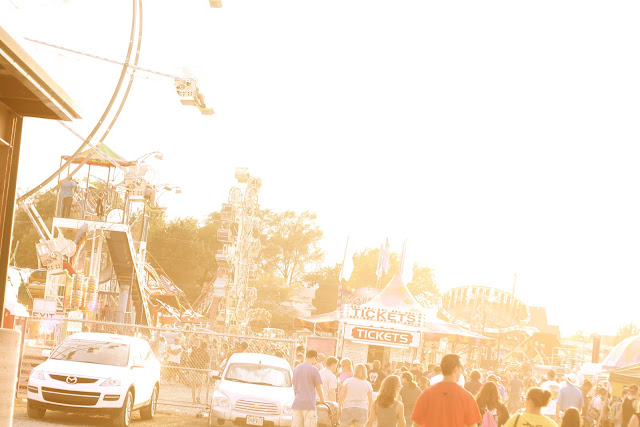 And how can it be that the wee little guy in last year's post has grown like a weed & is having all the fun there is to be had at a fair? 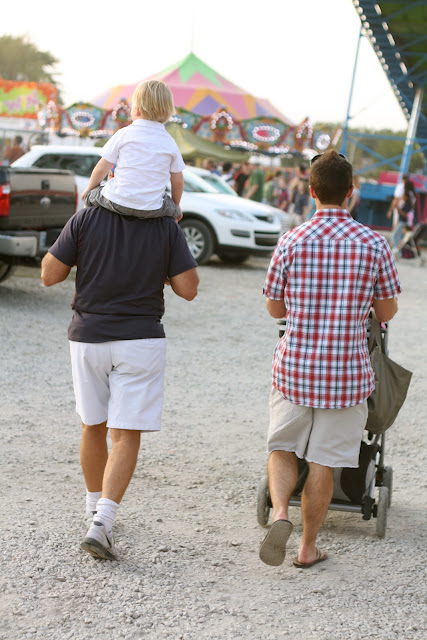 This year, Coach & Gigi joined us as we all made our way out to the biggest fair I think I've ever been to. I'm not kidding, this fair had every farm animal you could think of--I'm talking rows upon rows of chickens, cows, pigs, horses, bunnies... 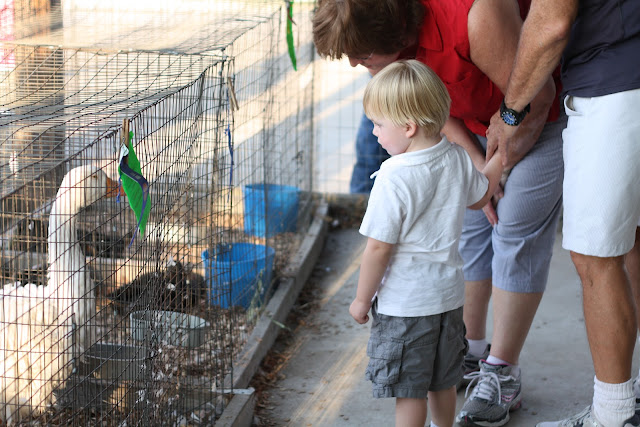 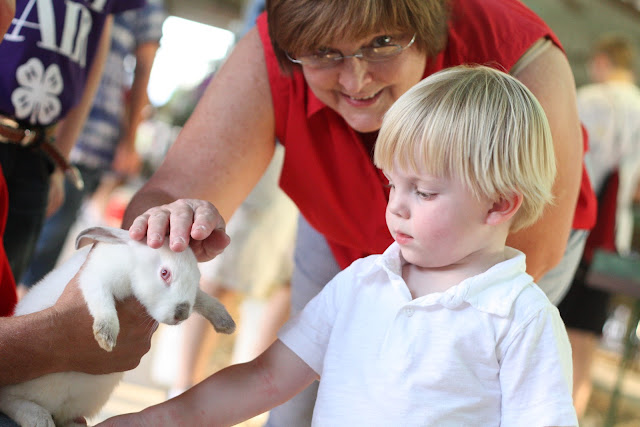 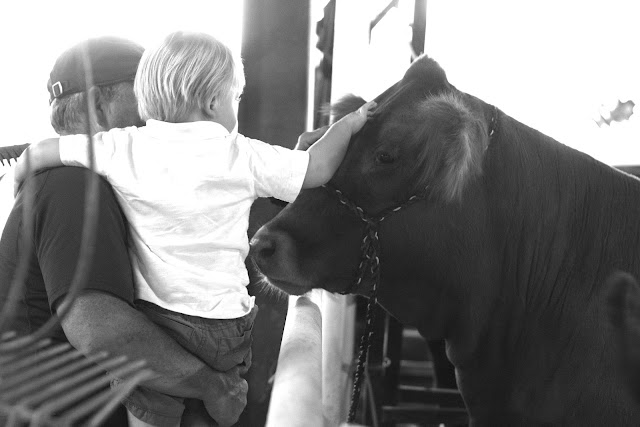 You'd think that this big cow would have frightened Jett, but actually, it was the other way around--Jett sneezed & this cow & another one in the stall just about jumped out of their hides!

It's a good thing we'd all had enough of the barnyard smells, because once Little Mister laid eyes on the carnival in the distance, those pens upon pens of animals quickly became chopped liver. 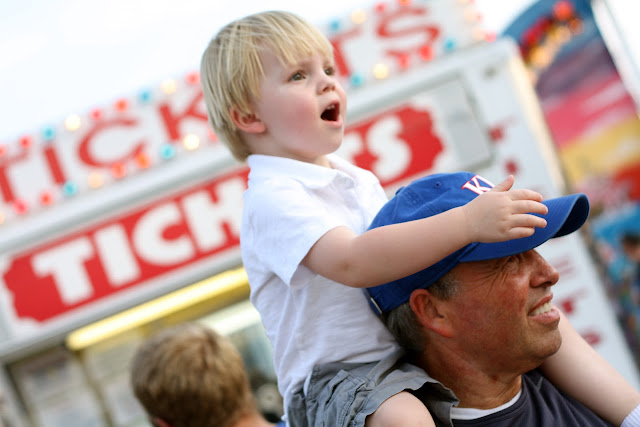 I want to bottle up that face--those eager eyes. That, my friends is childhood wonder in it's purest form.

"I want to ride THAT one!" he exclaimed.

And so he did. 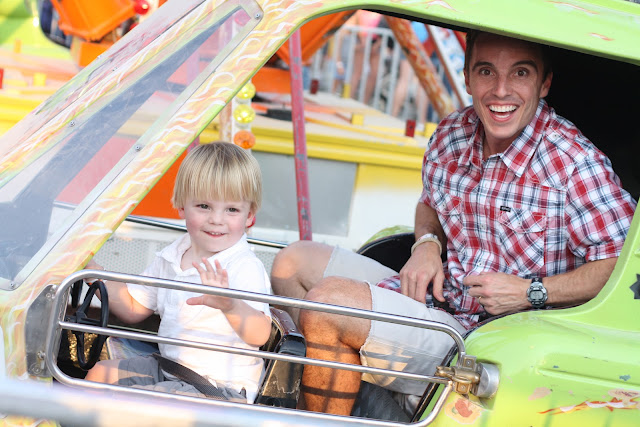 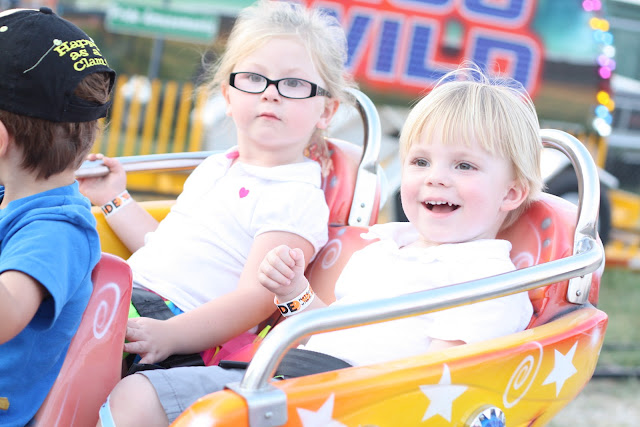 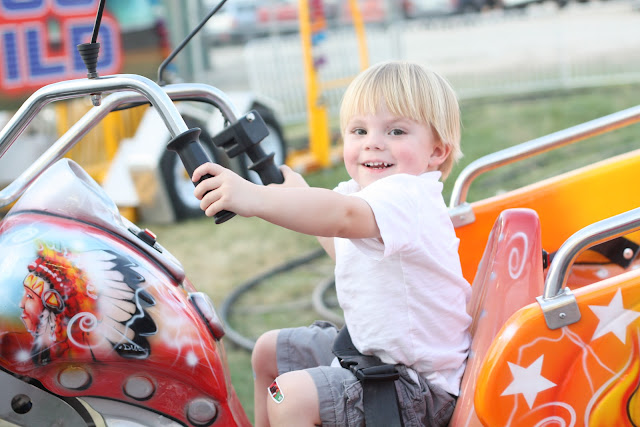 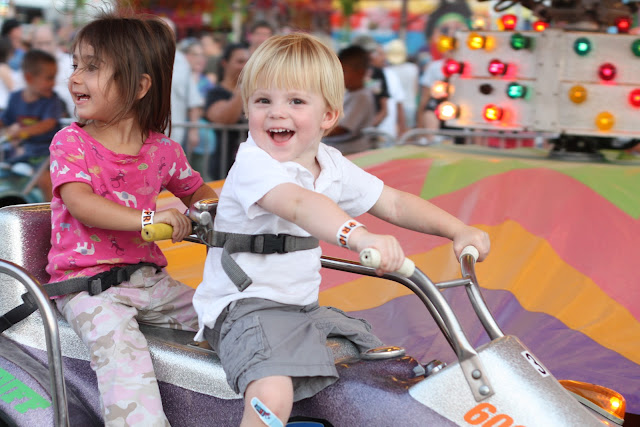 If I can't bottle up the excitement from that first photo, any of the above will do just fine. 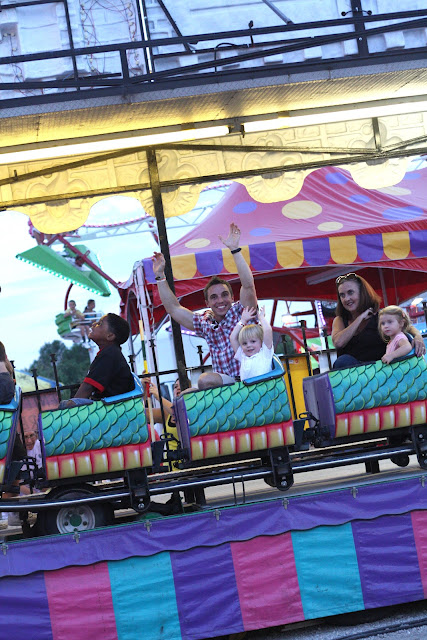 Little Miss Lu-Lu enjoyed herself, as well. Though too little for the carnival games, she still managed to score big--with plenty of smooches & snuggles from Coach & Gigi. 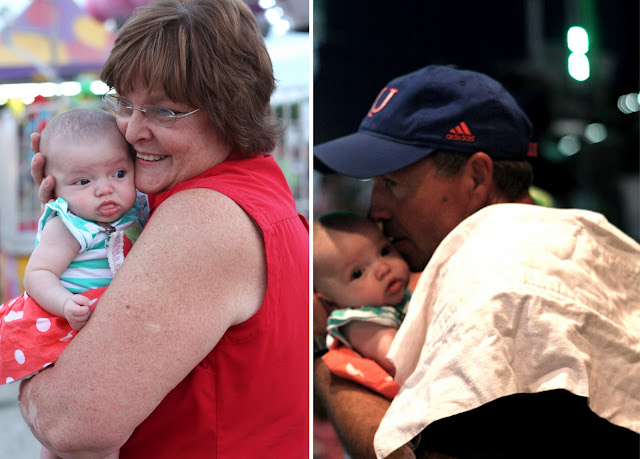 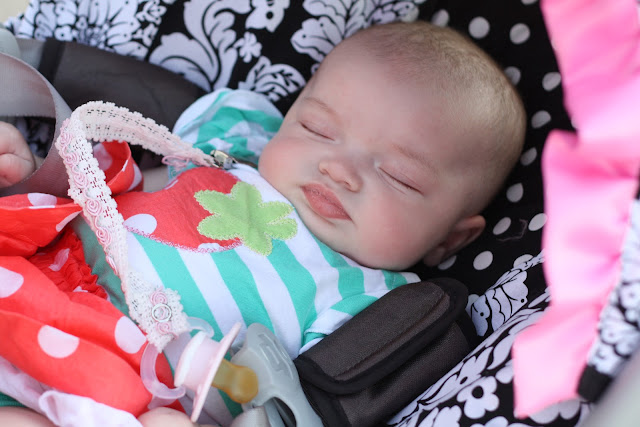 The whole evening had been a hit. The night air was cool. Jett was floating on could nine. Lulla was content as content could be. It couldn't have gone better.

And that's when we should have packed up & called it a night. Because you know how the saying goes...all good things must come to an end.

And not without a bang...

I had the bright idea that Jett would love a ride on the great big, brightly lit ferris wheel. There it stood, towering at the very front of the fair, lights flashing, passengers sailing higher & higher, giving a view for miles around. It looked to me what would be a perfect grand finale to a perfect evening. It would be our last stop--the final ride of the evening--the one that would leave a lasting impression of our 2012 trip to the county fair.

Oh, it left an impression, alright.

Long story short--the ferris wheel took forever & a day to load/unload passengers & Jett was done about three minutes into it. After those three minutes were up, he burst into tears, wailing, "DONE! DONE! DONE! DONE!" And if it wasn't bad enough, once the poor kid got to the top, he sat strapped in & forced to peer down at a carnival of rides he actually wanted to be riding. Talk about torture. That was one long  ferris wheel ride I'm sure he won't be forgetting anytime soon. Nor will the other passengers who had paid for their overpriced ticket, only to be stuck listening to a two year old scream his lungs out for twenty minutes. Oops. My bad.

And don't think it was all funnel cakes & cotton candy down on the ground. We were busy fighting our own battle. Lulla had hit her breaking point {Whose bright idea was it to bring a two month old to a fair, anyways?}. Suddenly, I couldn't figure out which was going to get me the Mom Of The Year Award first--traumatizing my two year by sending him high into the air on a rickety ride he despises OR having my infant out at 10:00 at night, highly overstimulated, while an interesting crowd begins to multiply all around us}.

Things were not good.

Finally the friggin' ferris wheel dumped my husband & little boy out & we made it up to Jett the best way we knew how-- cotton candy, a few more motorcycle rides & a promise we'd do it all again in a year. Then we hit the road, screaming baby in tow. 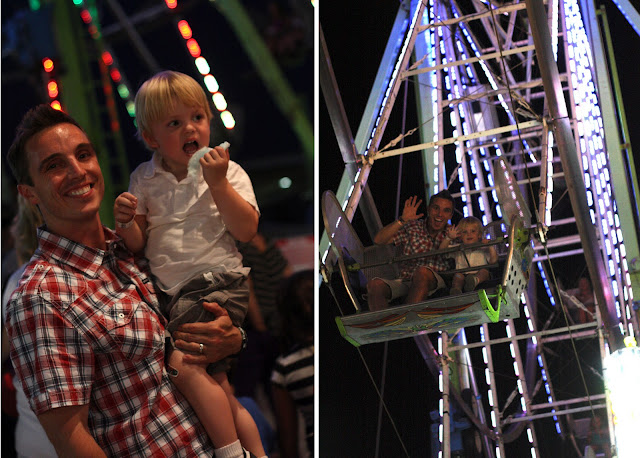 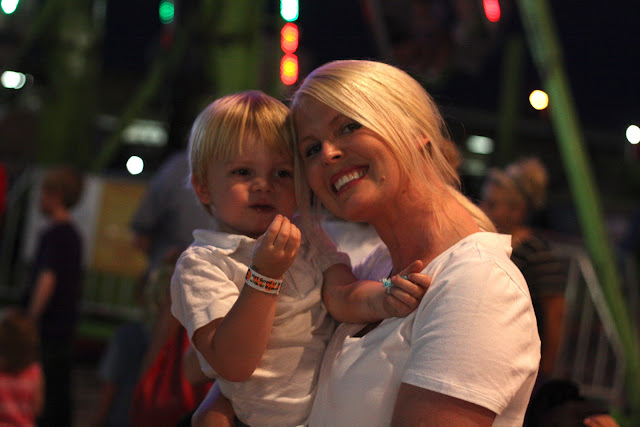 We stumbled in our house at eleven o' clock that night, a thick coat of dirt covering every exposed part of our bodies. We took another good hour to get everyone showered & scrubbed & then finally, just after midnight, we tucked worn out, sweet smelling babies into bed. Jared & I then curled up together in our own bed, whispering just before falling asleep...

It really was. Grand finale & all.


Posted by happeningsofourhome at 8:29 PM