Sunday afternoon, Jared & I went on a little date... 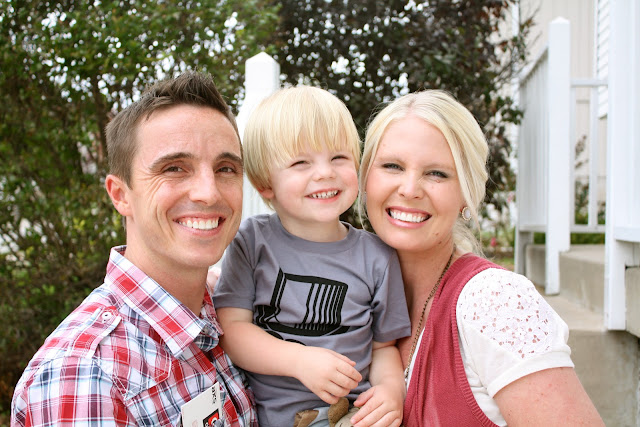 We'd been seeing the commercials for weeks, we'd talked about it for days leading up to it & finally, Sunday afternoon rolled around & we were on our way. 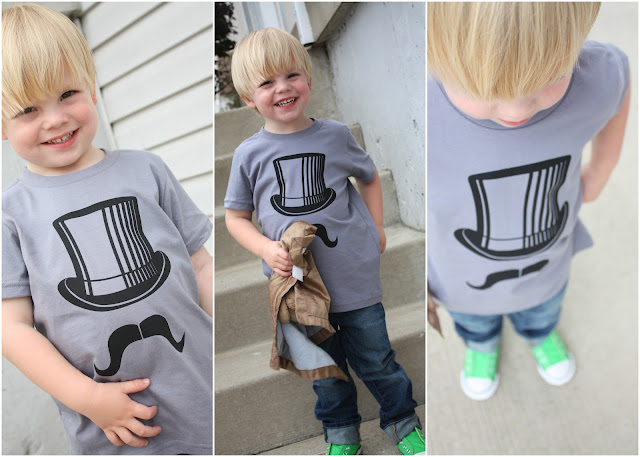 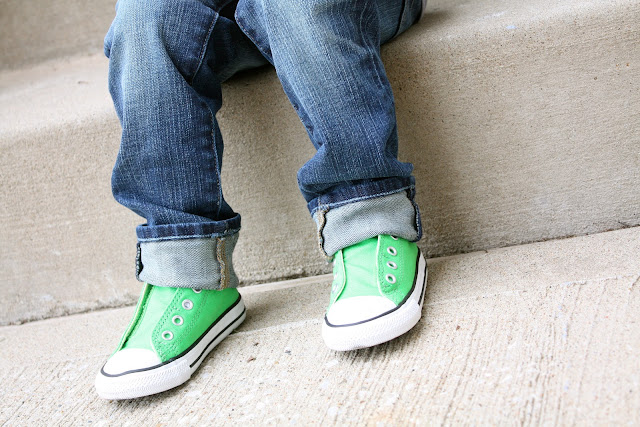 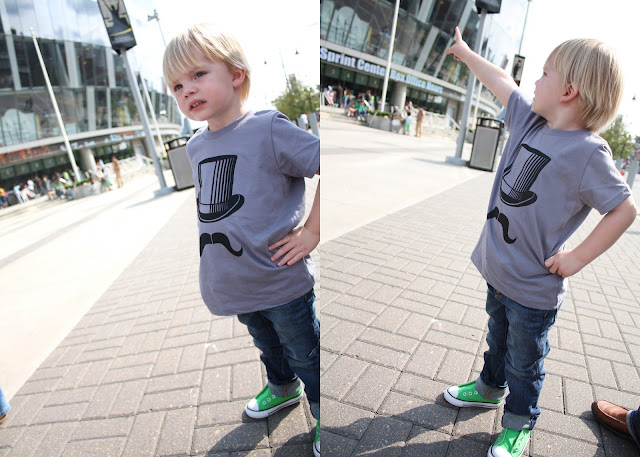 This stance, with his hands on his hips, it's his newest thing.


This kid is more & more like his momma everyday. I had to laugh on the car ride to the circus. As excited as he was inside, that excitement was balanced with equal hesitation. New. Different. Unknown--it's all met with just a bit of anxiety. As he sat in his car seat, Monkey clutched tightly in his grip, thumb hidden in the left side of his cheek, he uttered not a single peep while I babbled on & on trying to ease his fears & really talk up the circus--the elephants, the clowns, the tigers, the fun.

But really, who could blame his hesitation? A chick with purple hair & a cherry red nose--enough said. 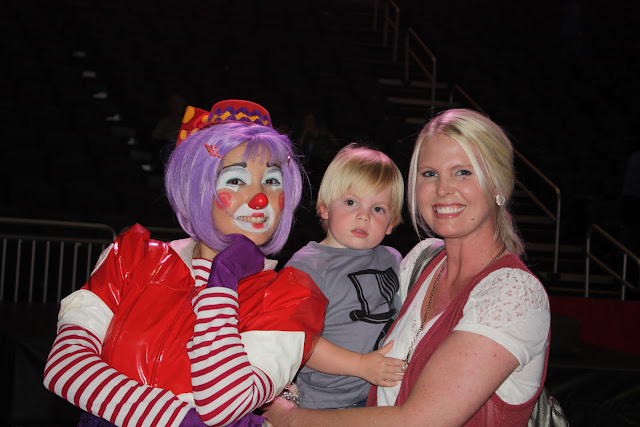 An hour before the show started, we were able to go down onto the circus floor to see the circus up close & personal. We met some clowns, got a Ringling & Bros. tattoo & watched an elephant named Asia draw a painting. 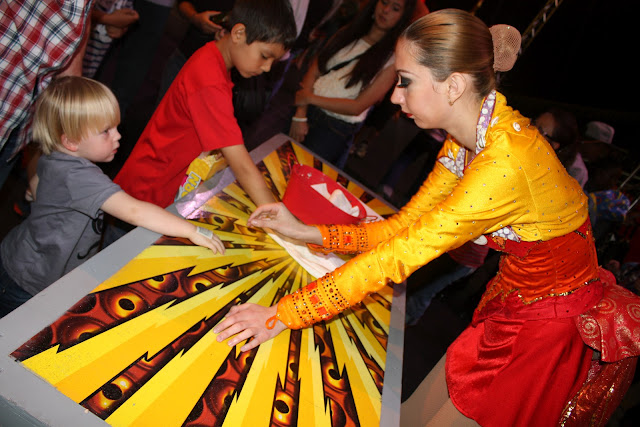 Slowly, Jett's fears began melting away & the thrill of childhood rose to the top & stole the show. He clapped, laughed, hooped & hollered & his sheer joy fed Jared's & mine. 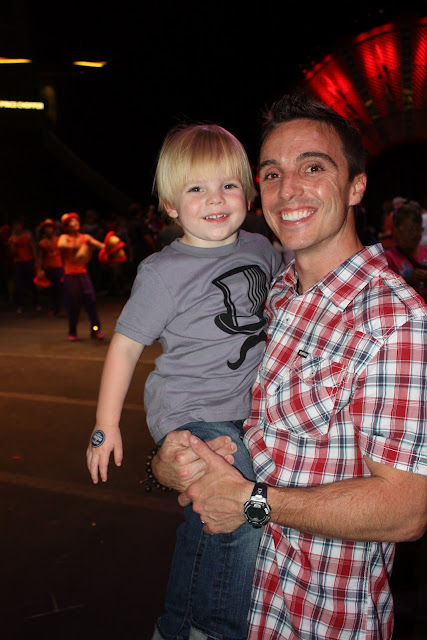 We settled into our seats, Jett sandwiched between Momma & Daddy, a box of popcorn in his lap so big he could barely see over & as the lights dimmed, his eyes widened. For the first twenty-five minutes, I can't count the number of glances Jared & I exchanged. Glances we could read without speaking a word. Glances that spoke--This is the good stuff. This is what it's all about--making & savoring these moments with our kids. 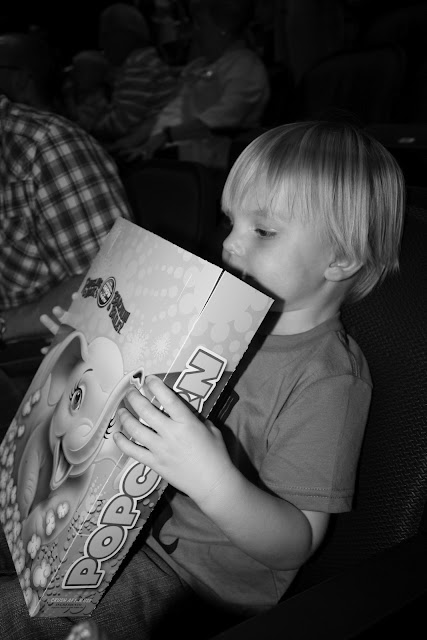 And that all lasted for exactly twenty-five minutes. After that, Jett popped out of his seat & informed us, "I done."  Even after we coaxed him with an overpriced sippy cup of lemonade & even though we bribed him with one of the cheap toys they sell in the lobby, this kid was over it. He did manage to last the duration of the show & was even captivated a couple more times--the clowns taking thirty minutes to change a light bulb seemed to entertain him but the herd of elephants that were the highlight of the entire show? Yeah, he bawled through every bit of that. 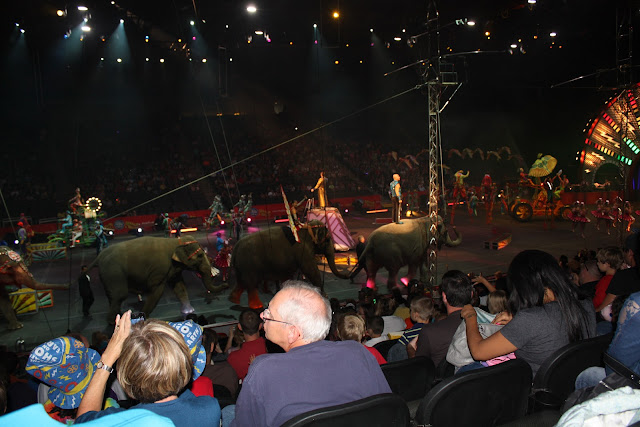 It's always worth it. It just is. The tears, the overpriced junk. The massive crowds. The meltdown at the end. It's always gonna be worth it. Because nothing, no matter what, can ever take away from those first twenty-five minutes where we hit the nail on the head. Where our little boy experienced his first circus & we were on either side of him, drinking in each moment.
Posted by happeningsofourhome at 8:42 PM