I tell ya, Fall is bringing it this year. It's bringing it in the big ways it always does--like pumpkin patches & halloween costumes. But it's bringing it in all the little ways, too. The simple pleasures. The ones that are making this Fall, my most favorite ever.

And speaking of simple joys, you know what grabbed me today? On the way out the door to a hair appointment for Jett? With a baby carrier hooked in the crook of one arm, swinging wildly while the other hoisted a toddler up into the car?

It was the smell of bonfire. 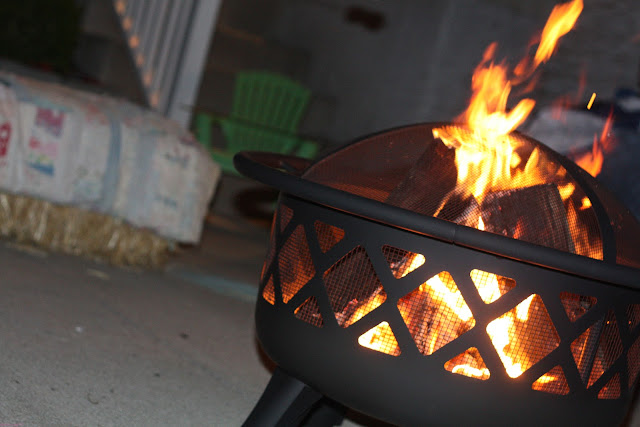 It crept from every corner of the garage & as I inhaled the thick scent that still lingered, I was smack dab in the middle of the evening we'd just had the previous night. An impromptu driveway party. A last minute visit from my brother. Being bundled under heaping blankets, a cup of steaming apple cider clutched in one hand & a snoozing baby nestled close to my chest. Neighbors calling to check if our house was on fire when they saw flames coming from the driveway. Then exclaiming they'd be right over after finding out s'mores were being served up over a fire pit. The chilly night air. The memories being written in my kids' scrapbook of life.

And that's just a sip of the simple pleasures my little family is drinking in these days... 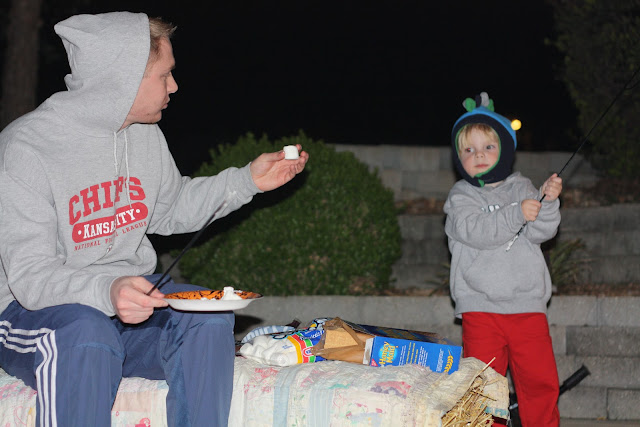 Someone got his very first bike. Two weeks ago, while we were at a friends house for a playdate, Jett fell head over heels in love with his buddy, Ryland's bicycle. He barely left the seat of it the entire three hours we were there & he bawled & bawled when we had to leave, without a bike in tow. And the kid never stopped talking about "Ryland's bicycle". So Jared & I tossed the idea around--do we hold off until Christmas & he can ask Santa for a bike? Or do we get one now, when his interest is high & he has a little bit of nice weather to master it? We decided to go for it. We made it special--took him to the bike store on Friday night to check it out, let him take a couple of spins in the store & then informed him he could take it home. Oh, he was so excited. Before he would get buckled into his carseat, he had to turn around to get one more look at it loaded in the back of the Jeep. He was over the moon. And his excitement hasnt' fizzled in the least. Every single day, the first words out of his mouth are, "Ride my bicycle." And every afternoon, as we stand in the Autumn sunshine, watching him whiz across the driveway, I know we made the right choice in letting him enjoy it this Fall. 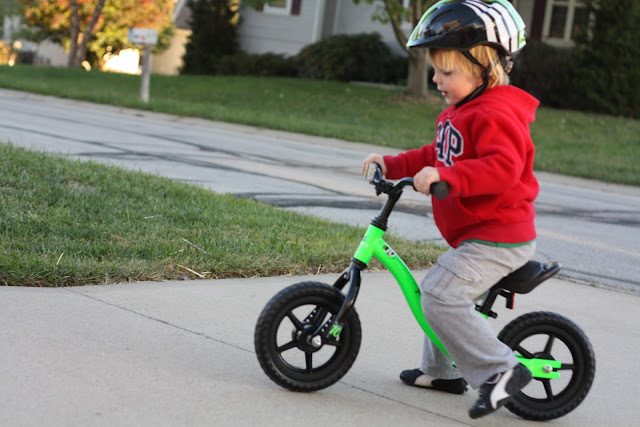 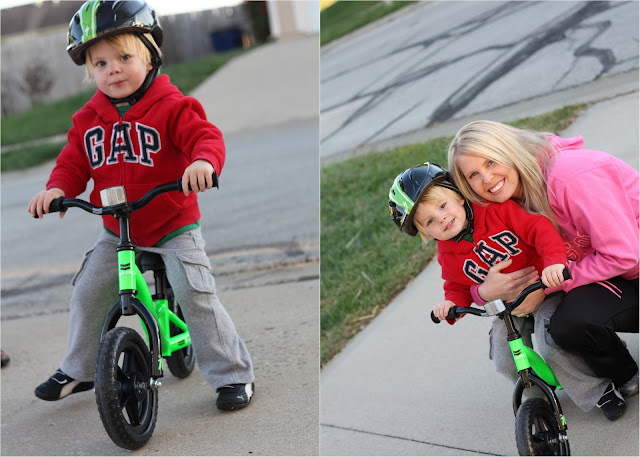 The first one of the season. And Jett's first one, ever.  He'd spent the entire Saturday morning out in the cold, bundled up in a coat & gloves--you guessed it--riding his bicycle, so I thought it'd be fun to have a warm treat waiting for him when he came in from outdoors. Honestly, I thought for sure he'd just pick out the drunken marshmallows & that would be the end of it, that he'd have no interest in actually drinking the cocoa  But turns out, this kiddo is his momma's boy. He spooned & slurped & enjoyed every drop of his very first mug of hot chocolate. Atta boy. 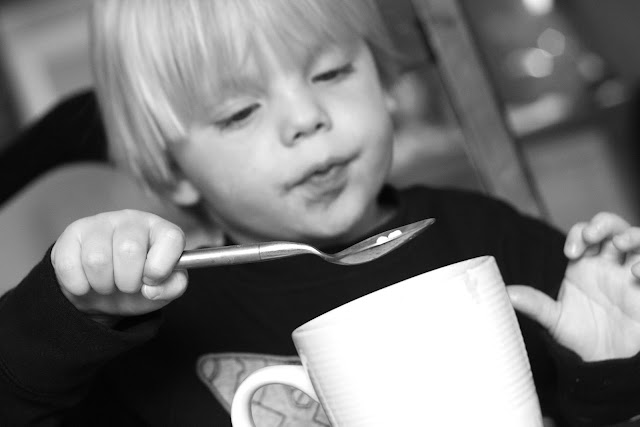 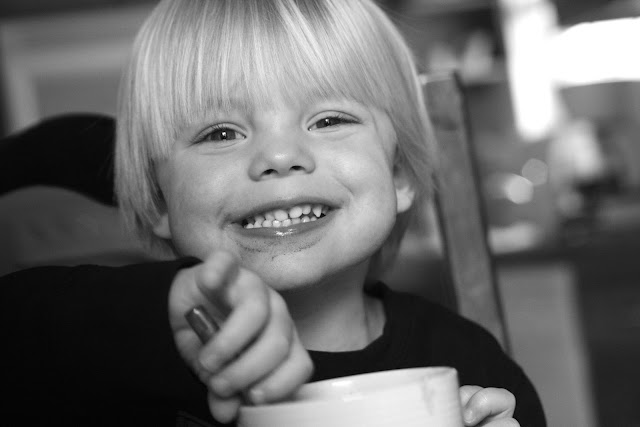 You all know how much I love me some craft time. My thirtieth birthday gift was a craft room, for goodness sake. Now, tell me that's not a love for crafts. But something happens to my creative side when a holiday approaches. It's like a creative side on crack. Pre determined color schemes & aisles of festive decor send my mind into a racing tizzy. It's like I don't have an option in the matter & the only way to calm my nervous energy is to craft, craft, craft. You can be sure that if I've got five minutes all to myself with the option between going pee or squeezing in some time with my glue gun & acrylic paints--well let's just say, I'm gonna be doing a pee-pee dance while making pretties for my house. 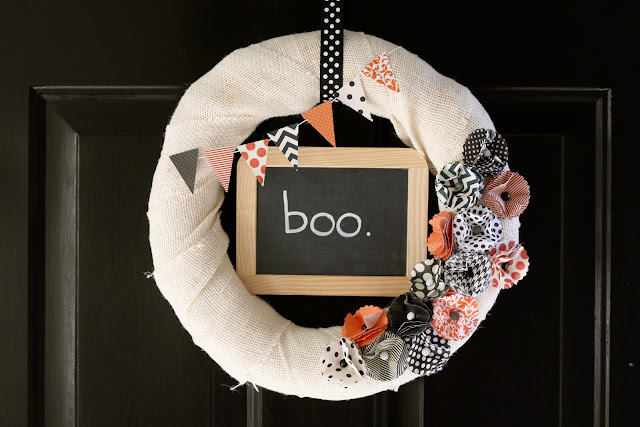 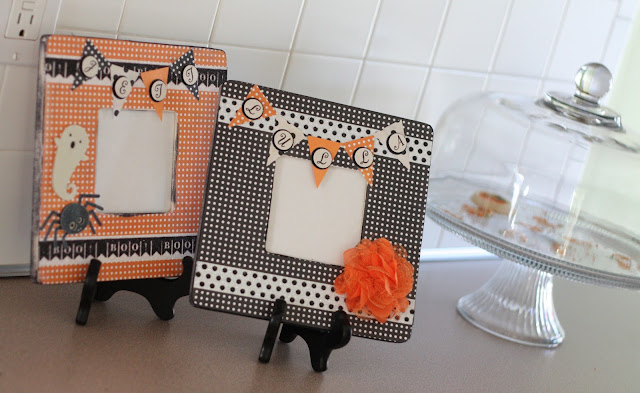 My poor children are so over Hobby Lobby. There's only a limited amount of time in the scrapbook aisle that a two year old & four month old can handle. Mean ol' Momma.  But then I get them in on the crafting action & they forgive me. A plastic pumpkin, some washable paint, a paintbrush gliding over their fingers & toes equals some very sweet craft time with my babes. 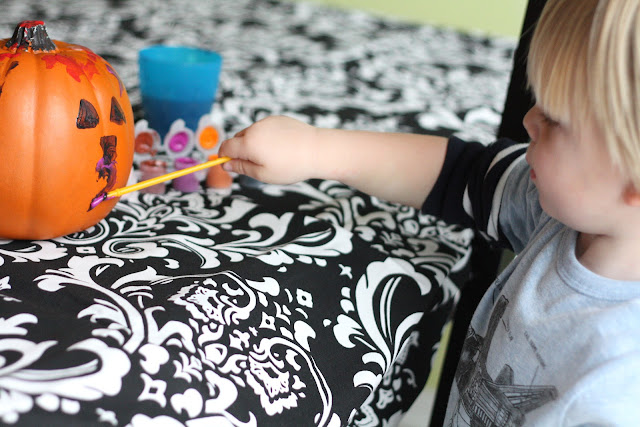 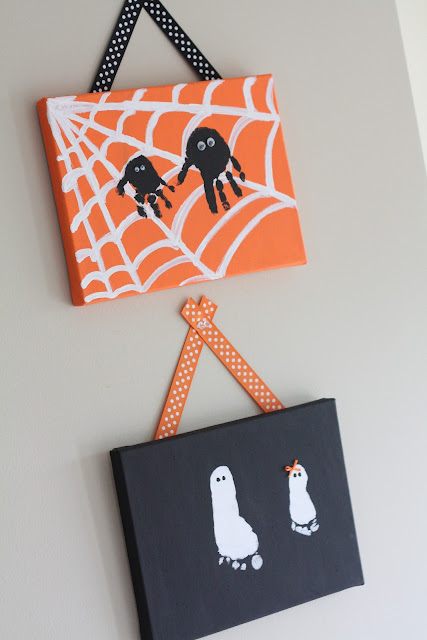 Doing the footprint canvas was a breeze. The handprint canvas, not so much. A four month old & a flailing hand--not a good combo. Luckily we only ended up with one ruined sock.


This glorious season of Fall has so much to offer--yanking a pumpkin from a tough vine, roasting a hot dog over hot logs of fire, getting dressed up in costume & parading around the neighborhood, snuggling under an old worn quilt, a bike ride under the golden sun, hands streaked in paint & glue.

I want my kids to feel every ounce of it. The big & the little.

Bring it, Fall. Every last bit of it.

Posted by happeningsofourhome at 8:56 PM