We had a lovely Thanksgiving. We had two full days of visiting with family, the yummiest of yummy Thanksgiving turkey & stuffing, football in the front yard, shooting clay pigeons in the backyard. 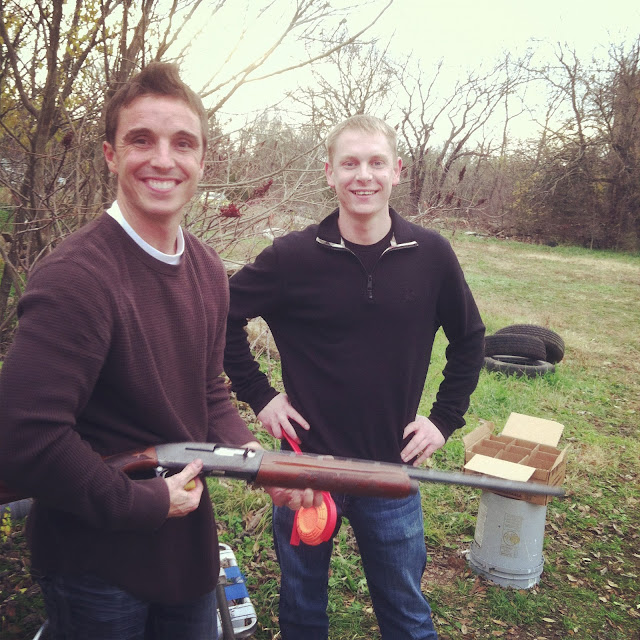 Let me just clarify something here--the guys shot clay pigeons in the backyard--not I. They begged me to give it a try. But this girl & guns? Not so much--I have no desire. I am totally the type that would somehow or another shoot myself in the foot or something crazy like that. When they started their, "Oh, come on. Don't be scared. The gun barely has a kick to it", the vivid image of the same two guys coaxing & finally convincing me to get behind the handlebars of a motor scooter years ago came to mind. The crash into the front steps, the screeching {& smoking} tires, the black tire marks smeared all over the driveway marking the out-of-control path I journeyed on, the wheelie I popped because I had no idea I was revving the gas & the holding brake at the same time. The two guys who had begged me to ride that brand new shiny red motor scooter were second guessing their decision in the moment that I was wrecking it. Oh yeah, sticking a gun in this girls arms seems like a grand idea. 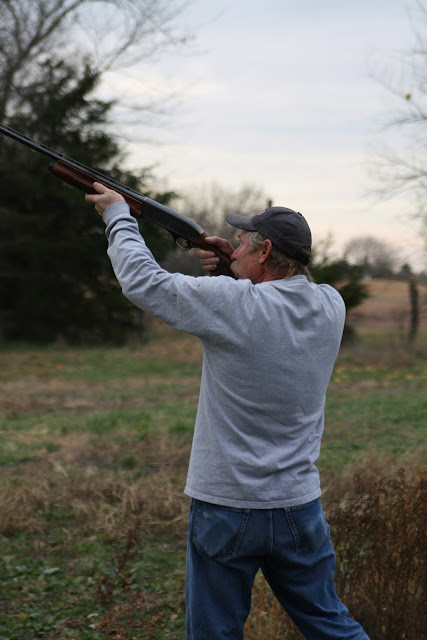 So I passed on clay pigeon shooting & decided I'd better stick to cooking & clearing the table. You know, where there's no chance of somebody getting shot.


Unfortunately, I haven't got a gazillion photos of our Thanksgiving to dump here on my blog because in between stuffing myself full of Thanksgiving food, having a baby on my hip that prefers Momma & Momma only, chasing a little one away from the dessert table who's already helped himself to two cookies the size of his head, & hopping in & out of the car from one family gathering to the next, the thought of trying to capture every single moment with my camera just wasn't realistic. It's frustrating to go back & not have many photos to upload but it's where I'm at right now--still finding my groove with two young kiddos. It's just a season & sometimes I can figure out the balance, while other times photo snapping, blogging, even taking a shower all get put on the back burner. I'm rollin' with it.

So I'll leave ya with I've got. A few snippits of our Thanksgiving holiday. 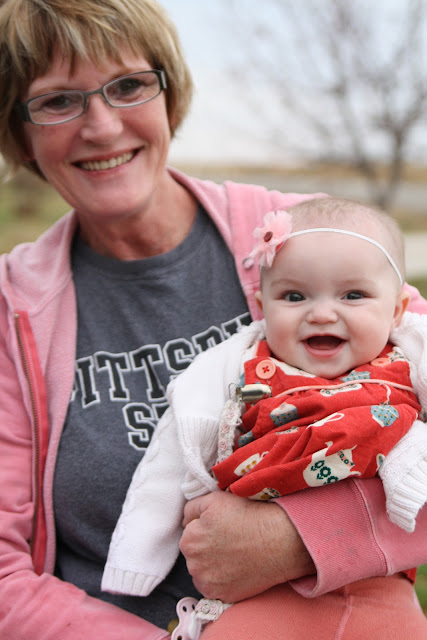 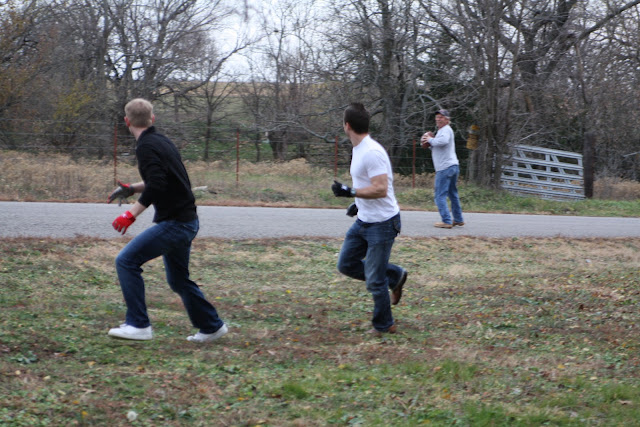 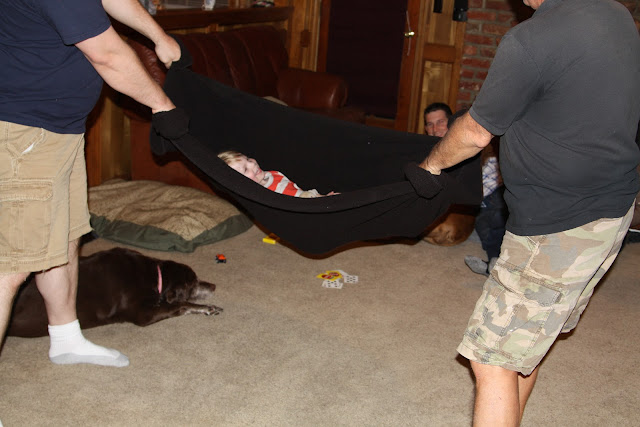 Blanket swinging. Coach & Gigi started this game a long, long time ago & it has become a favorite to my little guy. 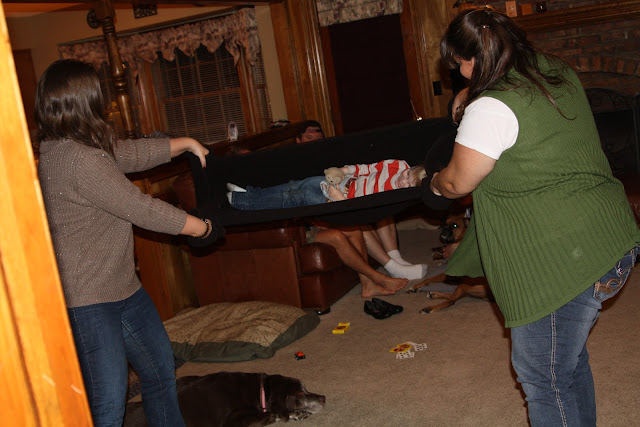 Everyone takes a shift holding the blanket--because the adults wear out way before the little one does. 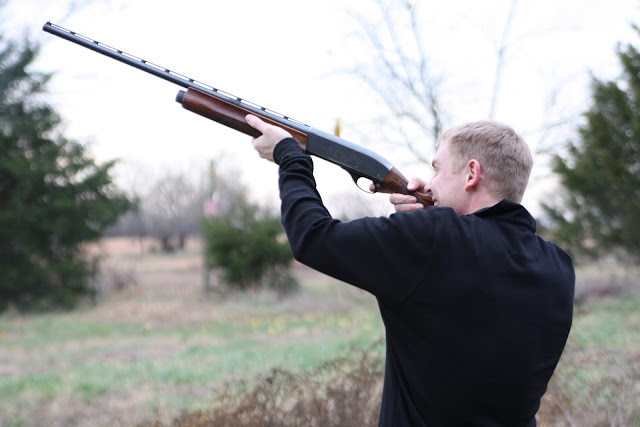 Who me? Bantering the little brother while he's concentrating on that shot? Never! 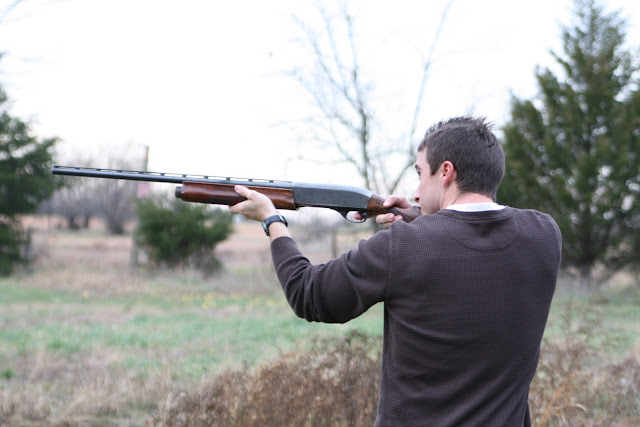 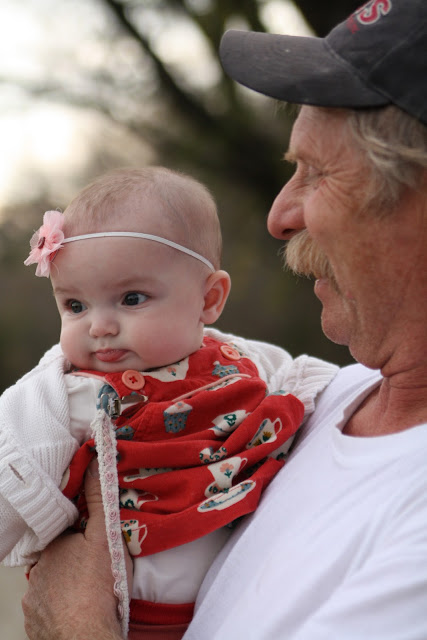 She loves her outdoor walks with Papa--until she realizes she can't see Momma. Then she panics & the nature walk comes to an end. Oh she's mess, this girl. 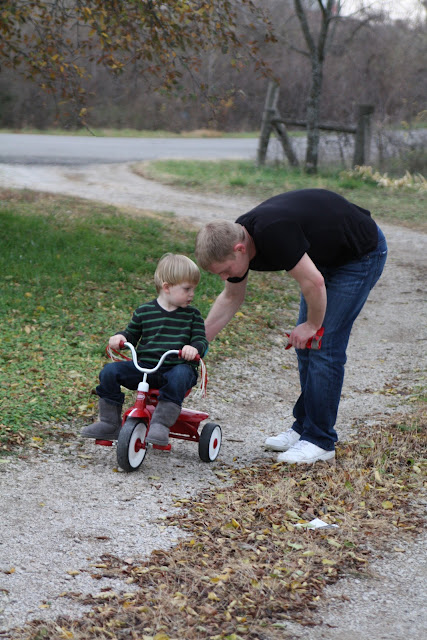 I may not have a gazillion photos from the day--but I sure do have a whole lotta thankful from it.

Hope you too, had a blessed Thanksgiving holiday.

Posted by happeningsofourhome at 9:55 AM