At six months, seventeen days, Lu-Lee Beans had her first taste of rice cereal. Yeah I know, six months, seventeen days is a bit of a late start but 1) it's hard to find time for it with two busy kiddos  2) she really hasn't shown interest 3) let's face it--it's a mess & good grief, I don't have time for another mess 4) today it's rice cereal, tomorrow her senior prom. Maybe if I can just keep her on formula for the rest of her life, she'll stay with me forever & never, ever grow up... 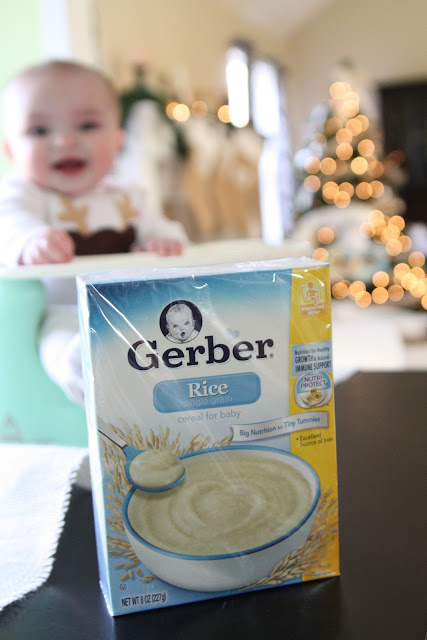 and last but not least, 5) she could live from the chunk she's packin' in these cheeks alone for at least another six months. Girl isn't hurtin' for food. 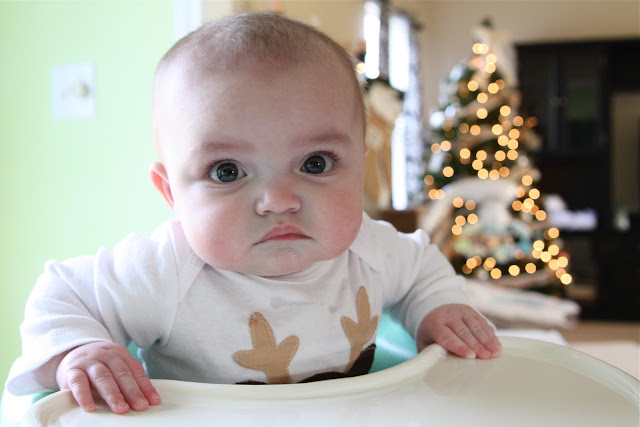 Alas, six months & seventeen days later,  it was time to toss the excuses--all five of them-- out the window & get our girl up to speed on her developmental milestones. 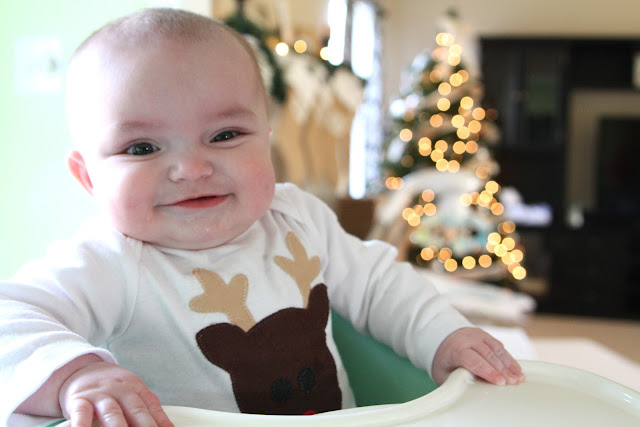 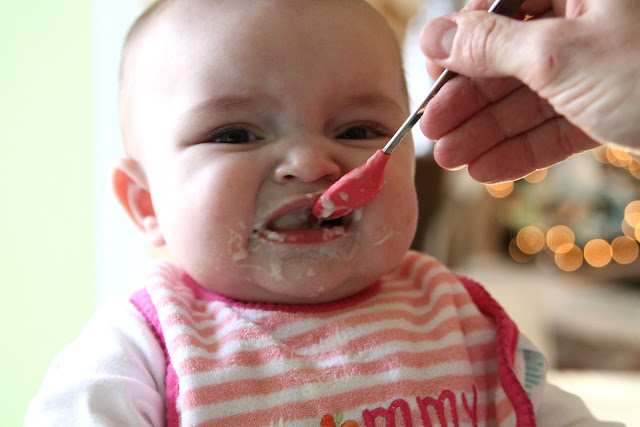 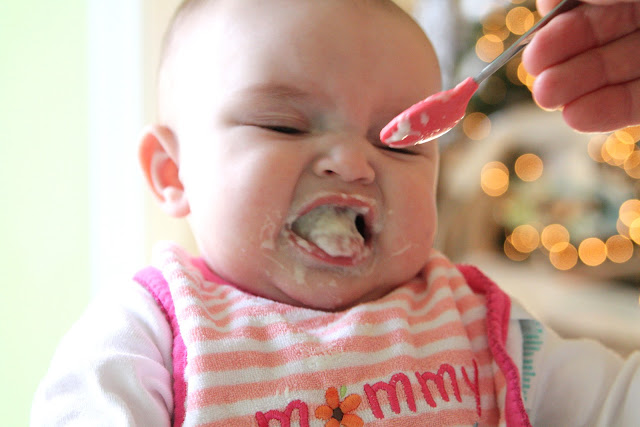 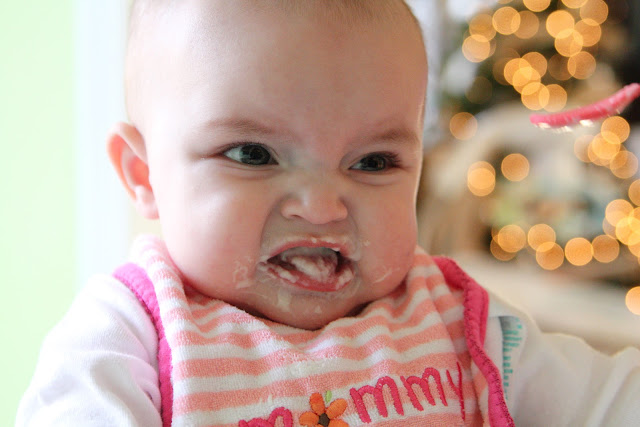 She was clearly offended by the goo we were shoving in her mouth.

Well then, that settles things. No rice cereal. No senior proms. She's never growing up. This is working out rather nicely.

We all took a turn at trying to convince Lulla that a bowl full of mush is delicious {or "DEEEE-wish-us", as Jett would say}... 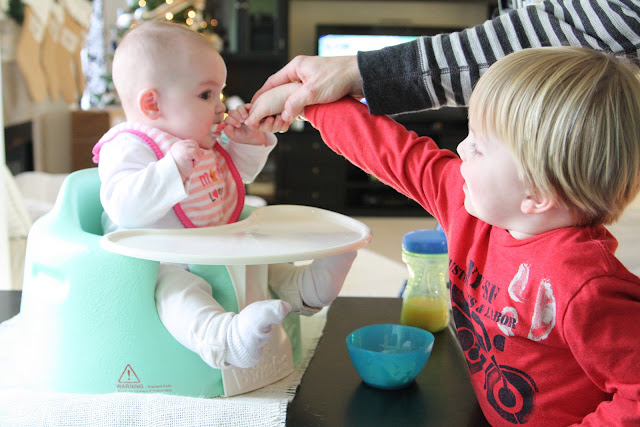 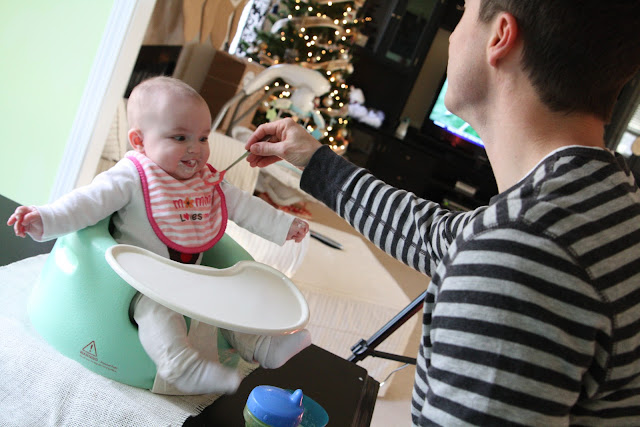 but she wasn't buying it. 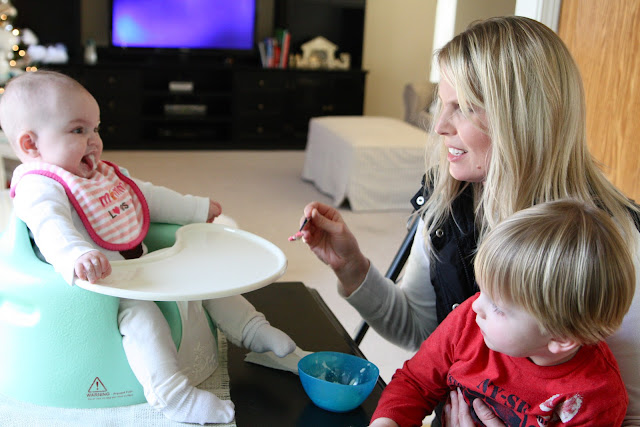 I am crazy about this photo. The looks on each of our faces--they're priceless. I think we are all a tad terrified.

So after a few bites, some terrible faces & eventual gagging, we called an end to all the fun. We'll give rice cereal another go here in a couple of days.

Here's to hoping she doesn't whither away on us in the meantime.


**I realize that a "Starting Solids" post may not be all that exciting of a read to everyone. But for me, it means so much.  It brings a smile to my face. It makes me laugh. It captures moments that one day, when she's headed out the door for her senior prom in high heels & a formal dress, I'll be so thankful I have to look back on. And that my friends, is why I do this whole bloggity blog thing I do. Thanks for coming here & sharing in the big & small in our lives.**


Posted by happeningsofourhome at 12:38 PM