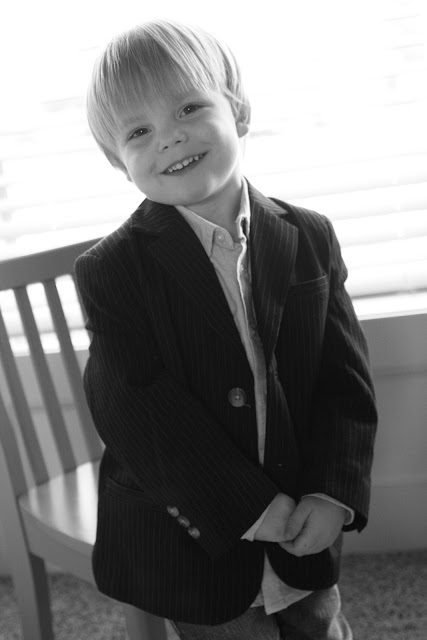 For some reason, I see the turning from age two to age three as a quick sweep of all things baby. Simply gone. Vanished. Just like that. All of the small things that used to whisper baby, they are fading oh so quickly, melting away before my very eyes. That little baby face of his, it's being replaced with features that are more mature. That round baby belly that just last summer protruded over his swim trucks, it has thinned out & he is growing into the slender, muscular frame of a little boy. He's different. He looks different. He's growing up. His baby-ness is drifting further & further away, nearly gone as I type this. Three brings a whole new ballgame to town. Three has "kid" written all over it. 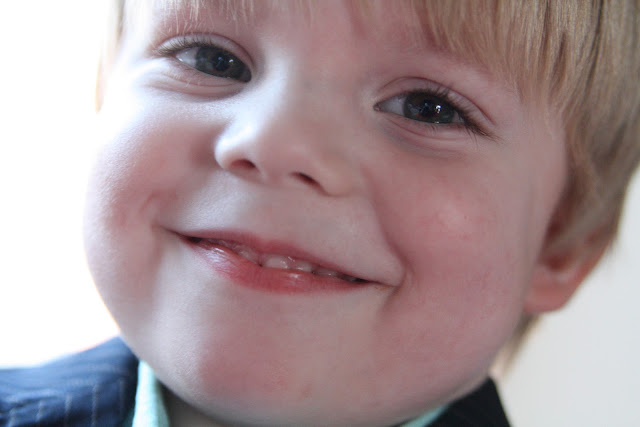 Three is a newfound love for Legos.

Three is dramatic & over the top. It is tantrums that make a momma's head spin.

Three is unsolicited I love you's.

Three is waking up to a little face at the side of my bed each morning.

Three is a mind that absorbs every bit of it's surroundings.

Three is tender & needs to be "carried like a baby" up the stairs to bed each night.

Three is the question "Why?" a dozen times a day.

Three is a ninja kick off the couch.

Three is a scattered mess of action figures strewn across the house--Buzz Lightyear, Batman, Spiderman & the bad guys--which usually consist of weird McDonald's happymeal figurines that nobody has heard of.

Three is the alphabet & a chuckle because he sings "QRS, QRV" instead of "QRS, TUV".

Three is action-packed & full of energy.

Three is a series of run on sentences that take great big gasps of air in order to complete.

Three is being mindful of every word that rattles off my tongue, selecting my tone, being careful of my countenance--for it is being soaked up like a sponge & will be mimicked, repeated & replayed down the road.

Three is a peek into the kid that will soon be.

If I know my boy the way I think I do, I'm pretty sure that three is going to be an adventure. And even though it's my nature to want to dig my heels in & hold onto that little two year old hand for ever & ever, keeping his baby-ness frozen in time, another part of me burns with excitement-- to see his adventurous little life unfolding before my very eyes. He is the neatest kid & watching him grow up is one of the sweetest honors & privileges I have been blessed with in this life.

So today I will watch intently, his every move. I will listen to his funny sayings. I will try & memorize the small traces of the two year old that still linger in his being. I will carry him like a baby up the stairs to his bed tonight & when I sneak into his room for one last peek, I'll kiss & hug & tuck him in tight.  I'll watch the way he lays on his side, clutching Monkey close to him, while his left thumb falls loosely out the side of his mouth. I'll stand a little longer than I usually do, trying desperately to etch the very moment into my mind. And knowing me, I'll probably feel a small sinking in my heart, followed by a tear or two. I'll whisper one final good-bye to two & wait for morning when the great big shout of celebration will wake us, announcing...

February first marks a day of celebration in this house. And celebrate, we will. 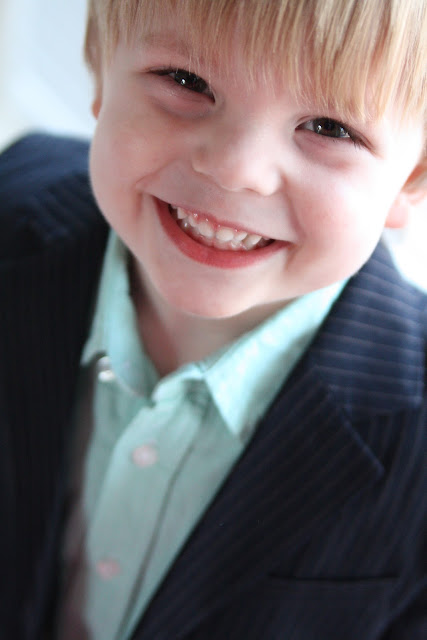 Daddy's already started blowing up the balloons. That's my cue to get going on the streamers.

Posted by happeningsofourhome at 7:14 PM