He had only two requests for his birthday party this year:
A super-hero pizza party--with cupcakes.
Easy enough. 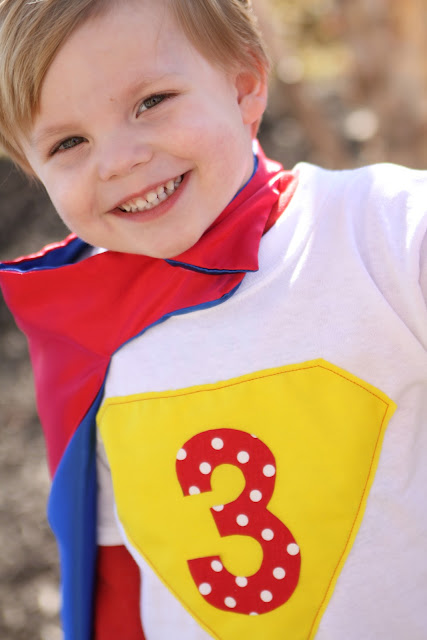 He's been talking about this party for a good two months now. I've watched his little wheels turn & I've watched him put together the pieces of his big three year old birthday party & what he's imagined it to look like. The very theme of his super-hero pizza party originated from his own mind & he's had a part in many of the tiny details--making it one super-special celebration. 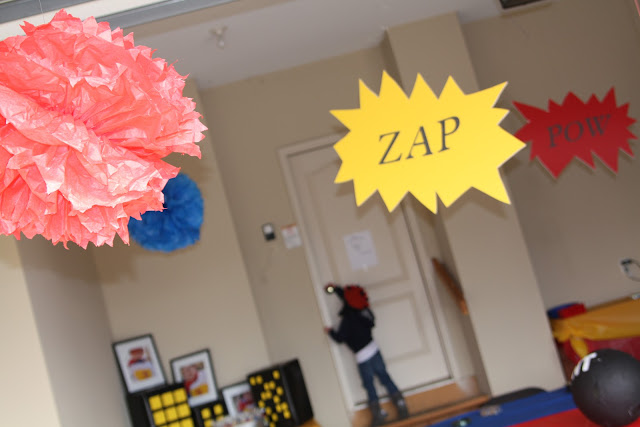 Jared & I agreed we would scale back a little this year--a smaller guest list, no stressing about the tiny details, simply sticking to the birthday boy's basic requests--pizza, cupcakes, the happy birthday song, call it day. And then somehow along the way we found ourselves in the middle of the living room floor, burning the midnight oil, knee deep in an assortment of party makin' supplies. 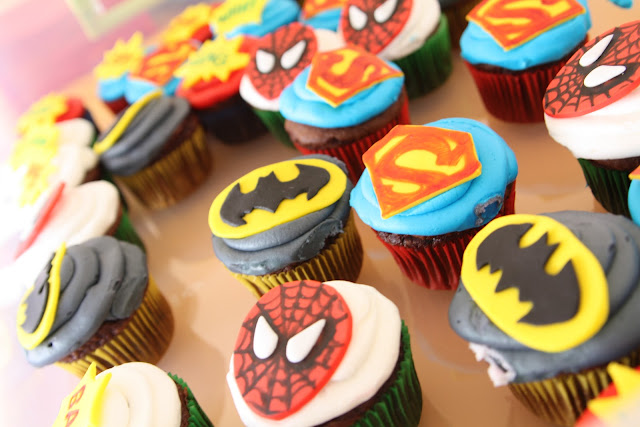 Because you can't have a super-hero party without super-hero city buildings to set the stage, a TNT piñata to send a fountain of candy through the air, a balloon arch to wave in the wind, some poof balls to hang from the ceiling, a few BOOM, ZAP & POW signs to kick it up a notch, & a bounce house to master those Spidey jumps. 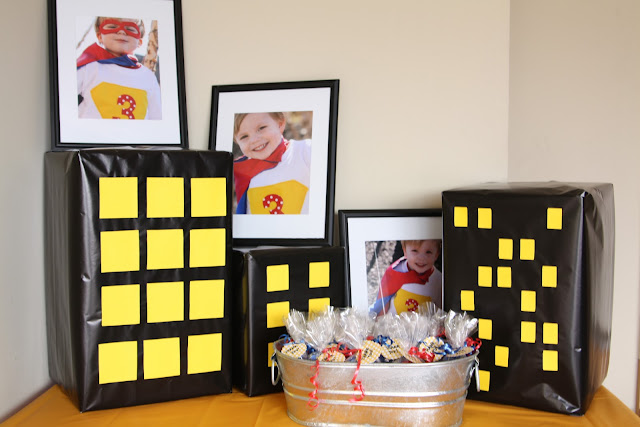 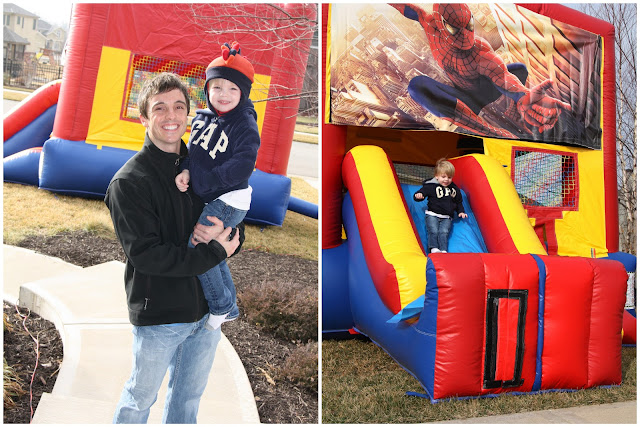 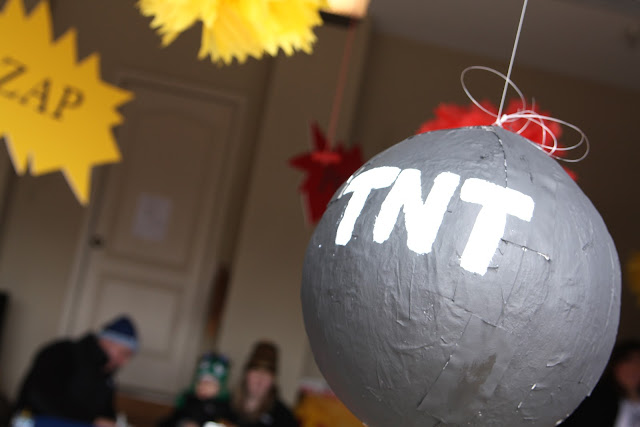 The bounce house was actually a spur of the moment decision, made just days prior to the party. With a forecast showing 58, we decided to take our chances & gamble with the midwest weather. We figured there won't be many times in our boy's life that he will have an outside party with his February birthday, so we jumped on the opportunity to take advantage of some nice weather. And as the old saying goes--ya win some & ya lose some. We totally lost in the good weather department--it was a little chilly. Okay, it was a lot chilly. But it's all good--'cause we made out like bandits in the fun department! 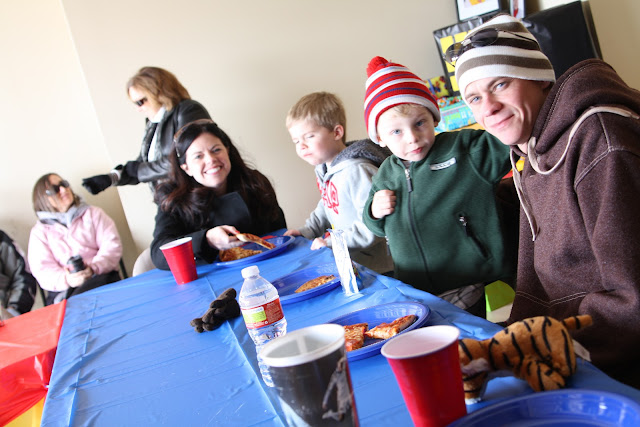 Man, what a party!  Friends & family flooded in to celebrate our very own super-hero & once again, I was completely blown away by the love & support we have surrounding us. My boy, our family-- is loved quite a lot. There is no denying that. We could not have asked for a bigger, better super-hero celebration for Jett & our hearts--especially the birthday boy's--were bursting the whole day through. 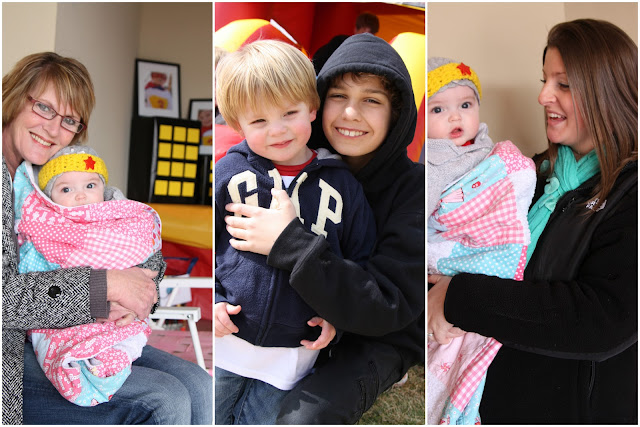 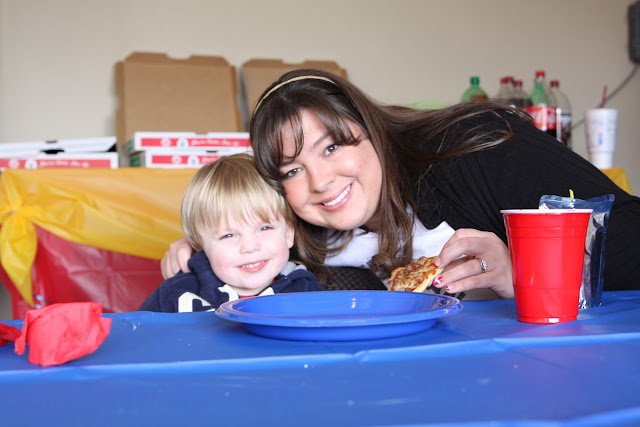 The kids bounced & giggled & ate their weight in cupcakes & lollipops while Momma's & Daddy's stood shivering, wiping the red snotty noses of their kiddos {the ones they could catch, anyhow}. 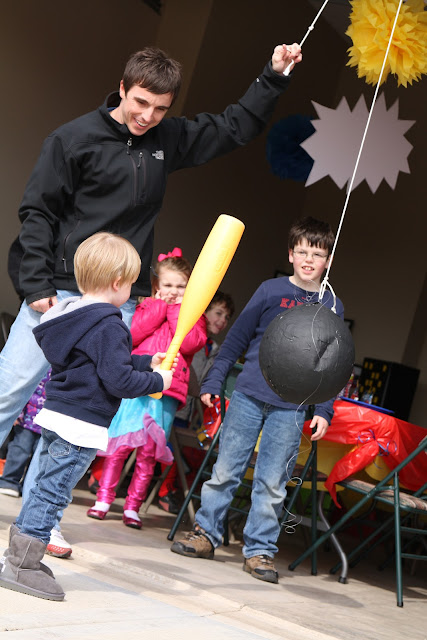 The entire day was an absolute blast & I just so happen to have a few snapshots to prove it: 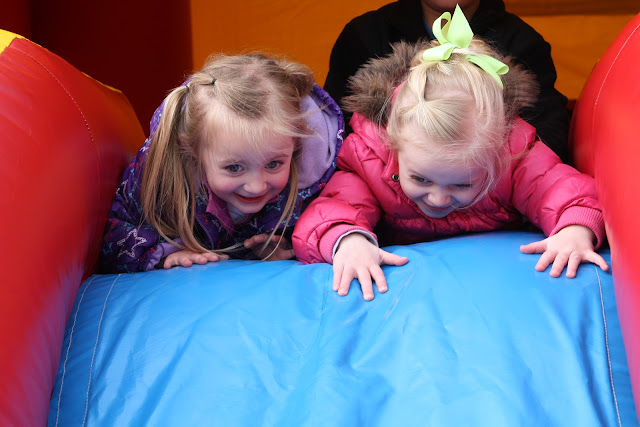 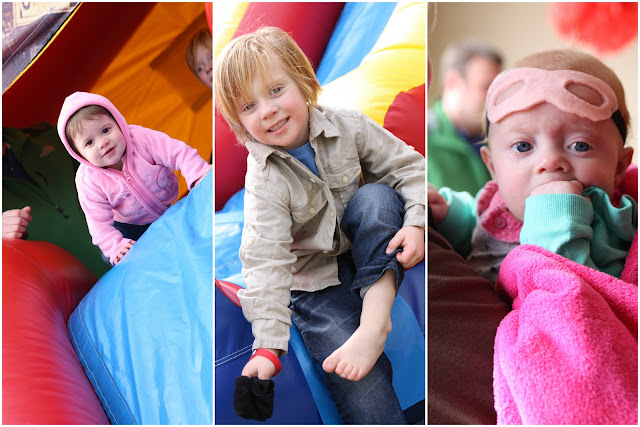 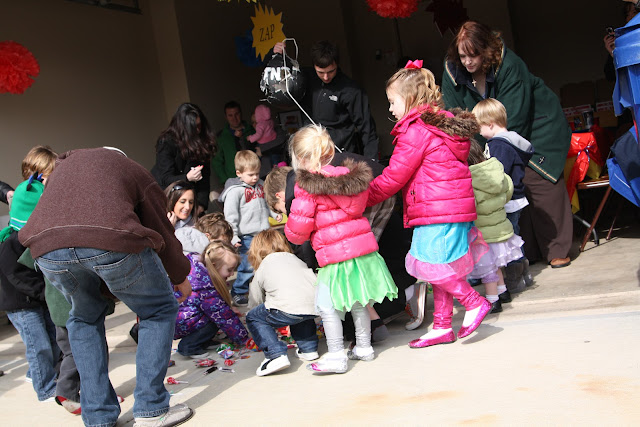 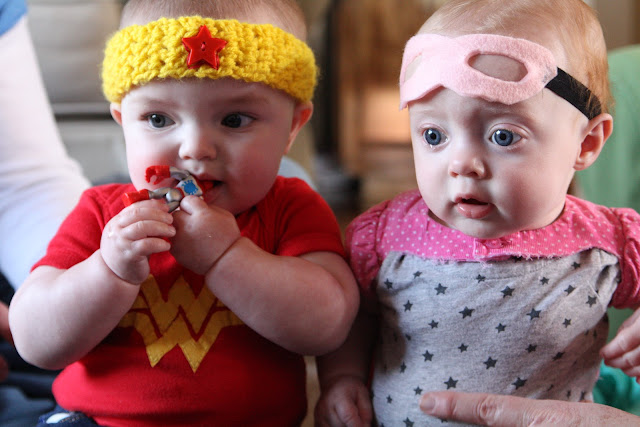 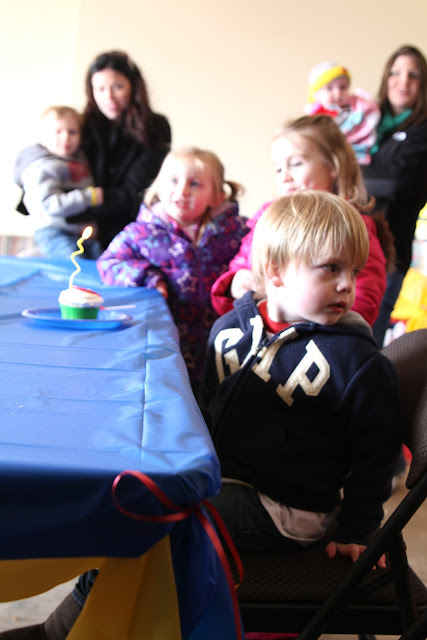 He told me the day before, that he had decided to be "shy" at his party. So this is him during the birthday song, head turned away from the crowd--being shy. He's funny, this kid. 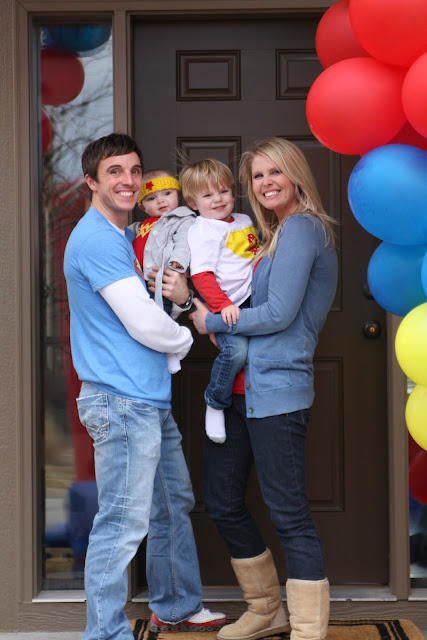 Jared & I had several conversations while planning for this super-hero pizza party--as we sat on that living room floor, during the wee hours of the night, blowing up balloon after balloon after balloon & coating paper mache with paint. We laughed at the super-power our kids possess--the one that turns us into crazy people throwing our original plan of simple out the window & replacing it with over the top--because it means a little extra joy is brought to their faces & hearts. We also pondered the idea of whether or not our babies will ever know the depth of our love for them. Will they ever know that behind the detailed decorations & carefully chosen party favors is a momma & daddy that can't even begin to describe how deep a love there is for them? As their parents, we hope & pray. Whether it's a super-hero pizza party or a quiet evening at home, gathered around a made from scratch birthday cake, singing happy birthday, the one thing we hope for, is that our kids never once for a second doubt just how much loved & truly cherished they are.

**Happy Birthday, Jett man. We hope your super-hero pizza party was everything & more than you dreamed it would be. We love you & are blessed because of your precious life.**

Posted by happeningsofourhome at 7:14 AM