Last week I hit the halfway point in my pregnancy--woo hoo! You know how everyone else tells you how fast it's going by, but when you're the pregnant chick, it feels like forever? Well surprisingly, this pregnancy is flying by at an incredible speed, even for me. I can't decide if I'm thankful for that or if maybe I should be grasping on a little tighter, as this is most likely our last baby & pregnancy {I know, I know, I said that the last time around. But I mean it this time. I'm pretty sure.}.

It's been a different pregnancy from the other two. I guess I half expected it to parallel one or the other of my prior pregnancies, but it has taken on its very own list of pregnancy characteristics & symptoms. Some for the good & some--well, I'll just go ahead & spare you the details. I will tell you that the first trimester nearly killed me. It was horrendous--much worse than my pregnancies with Jett & Lulla & I honestly felt I would never, ever feel good again for as long as I lived. It had me down for the count. But once that twelve week mark hit, a cloud lifted & I have continued to feel really awesome, actually. I've never been one of those women who have been able to say I feel "great" during my pregnancies, so this one has me pleasantly surprised at this point. Other than feeling rather large rather quick & having to traipse around in a bathing suit all summer, there aren't not too many complaints coming from me. 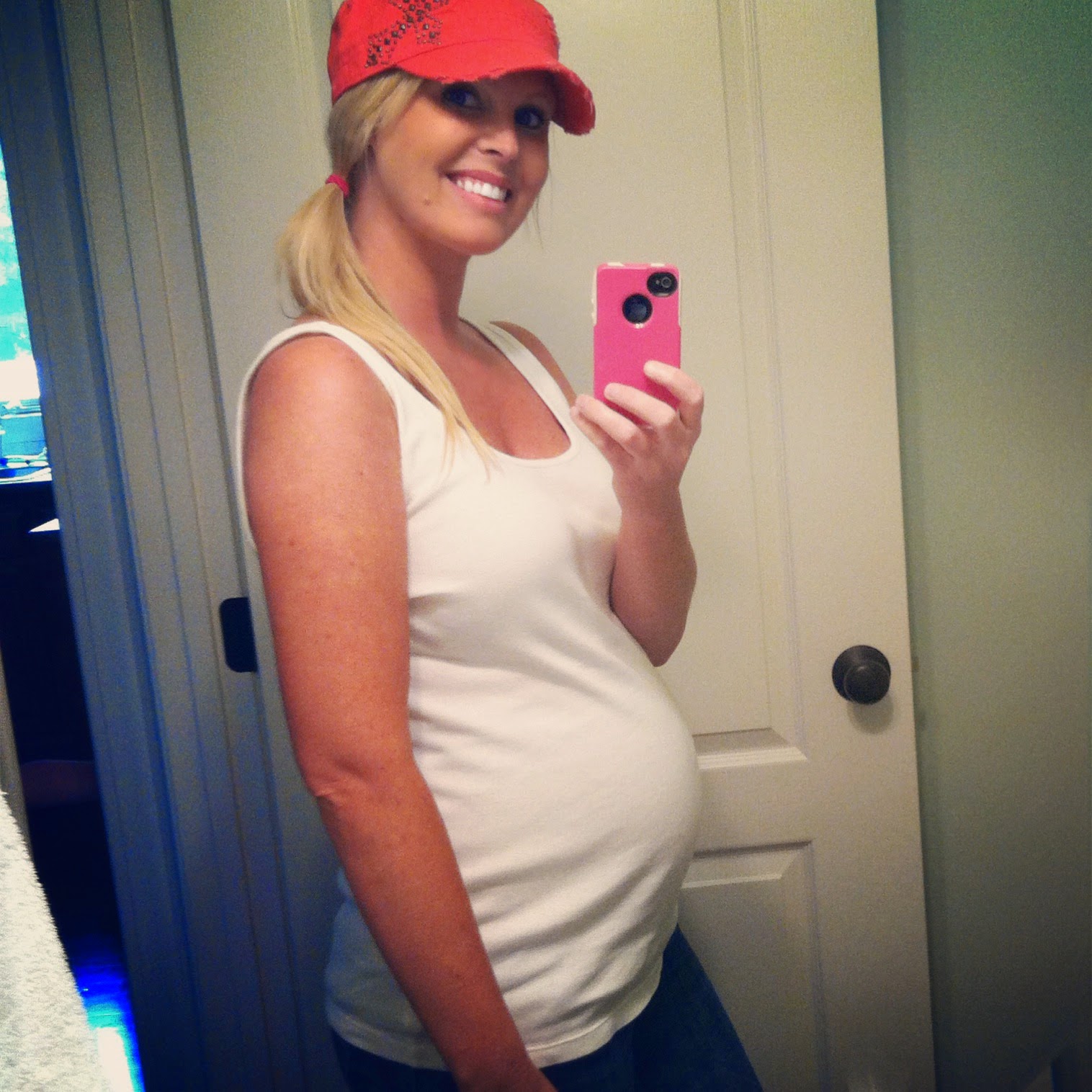 I hadn't seen our little babe since it was a faint flicker of a heartbeat at six weeks pregnant, so I was eagerly anticipating this appointment where we would take a peak at our wee one. 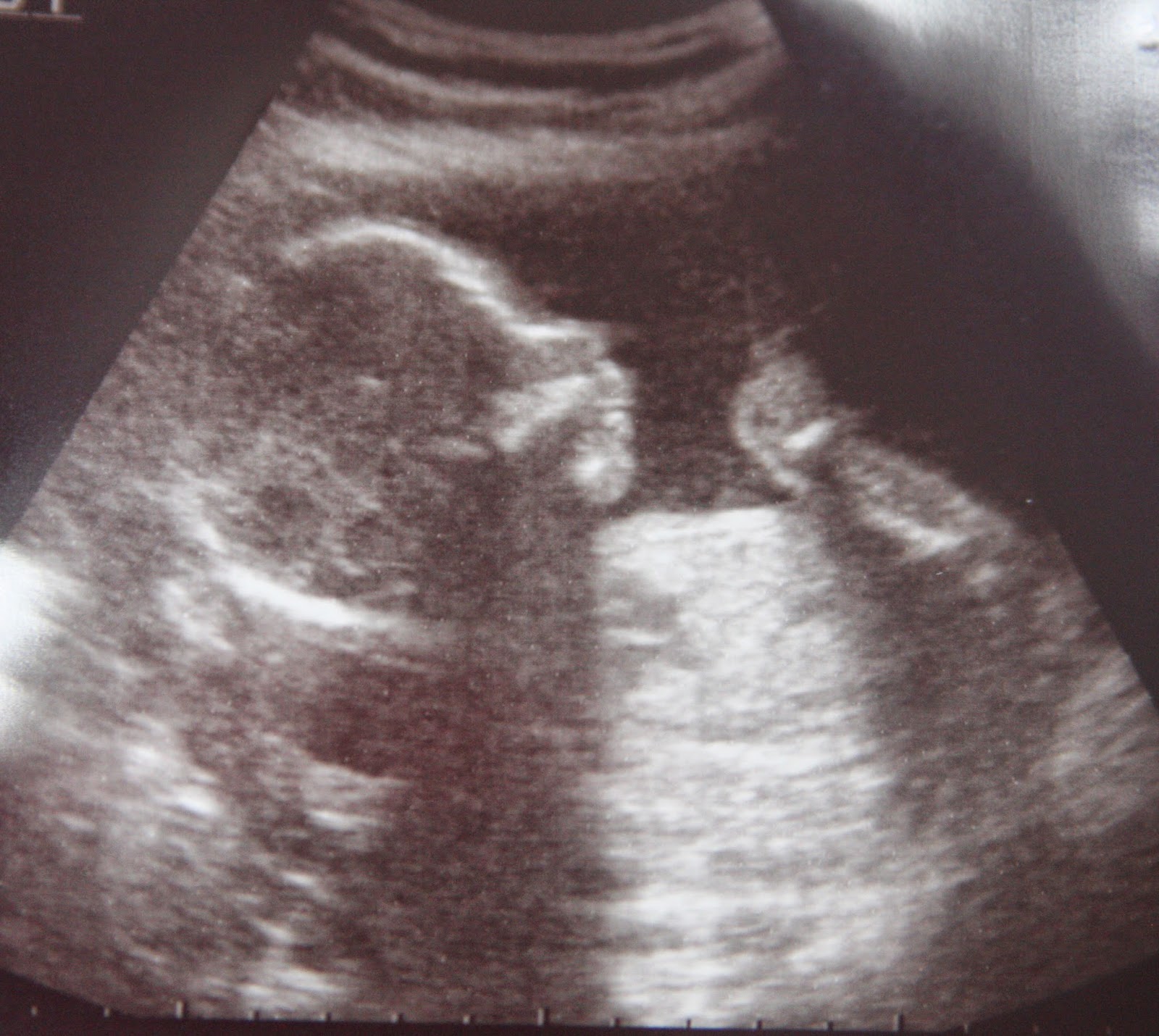 The scan went well & everything seemed to measure up just as it should. Our baby's heart rate was 136 & he/she wiggled & squirmed & even opened up his/her mouth wide as if smiling really big. We all got quite the kick out of the personality our little one was displaying & our sonographer laughed & exclaimed several times, "What a cute baby!" Agreed.

I was especially proud of Jared & I, that we made it out of the appointment WITHOUT finding out the sex of our baby. We've both wavered at different points in our plan of keeping the sex of the baby a secret until delivery day--Jared at the very beginning of the pregnancy & me the night before the scan when curiosity was getting the better half of me, so I was a tad worried that once that baby of ours was displayed on a screen in front of us & we had the opportunity to know in an instant, that we may cave from the temptation. But nope, we held strong & left that appointment flexing our muscles at how tough we are under pressure ;).  It helped that our baby stayed in the breech position throughout the duration of the scan, making it difficult to see the goods even if we'd wanted to. 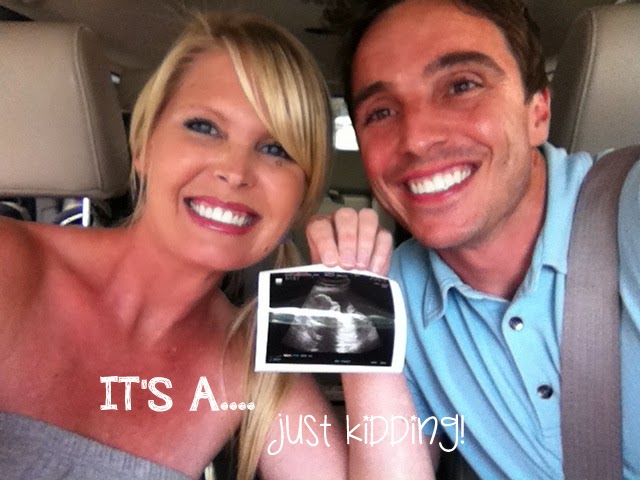 We are excited {& sometimes a little anxious} at the thought of our family expanding. Jett is over the moon--he prayed every night before bed for a good six months that God would put a baby brother in his Momma's belly--which has left us to have the conversation on several accounts that God doesn't always give us what we want, but rather, what we need. He seems to have come to grips with this & is still very excited at the thought of becoming a big brother for the second time--even if it is to another sister. Lulla knows there's a baby in my belly. Sometimes she'll point to it & one time, out of nowhere, she gently placed her hand on my growing tummy & held it there. But for the most part, she could really care less about all the fuss of a new baby joining in family. She's queen bee for now & she's clutching that title good & hard. Jared & I, we feel blessed. We have learned, in the past couple of years especially, just how tender, how precious, how fragile new life is. The once naive eyes we peered through can now see so crystal clear, what a true miracle each & every new baby brought into this world is. We feel honored to be parents & we already feel our hearts opening up, creating new space to house an endless amount of love for this new life that is growing. 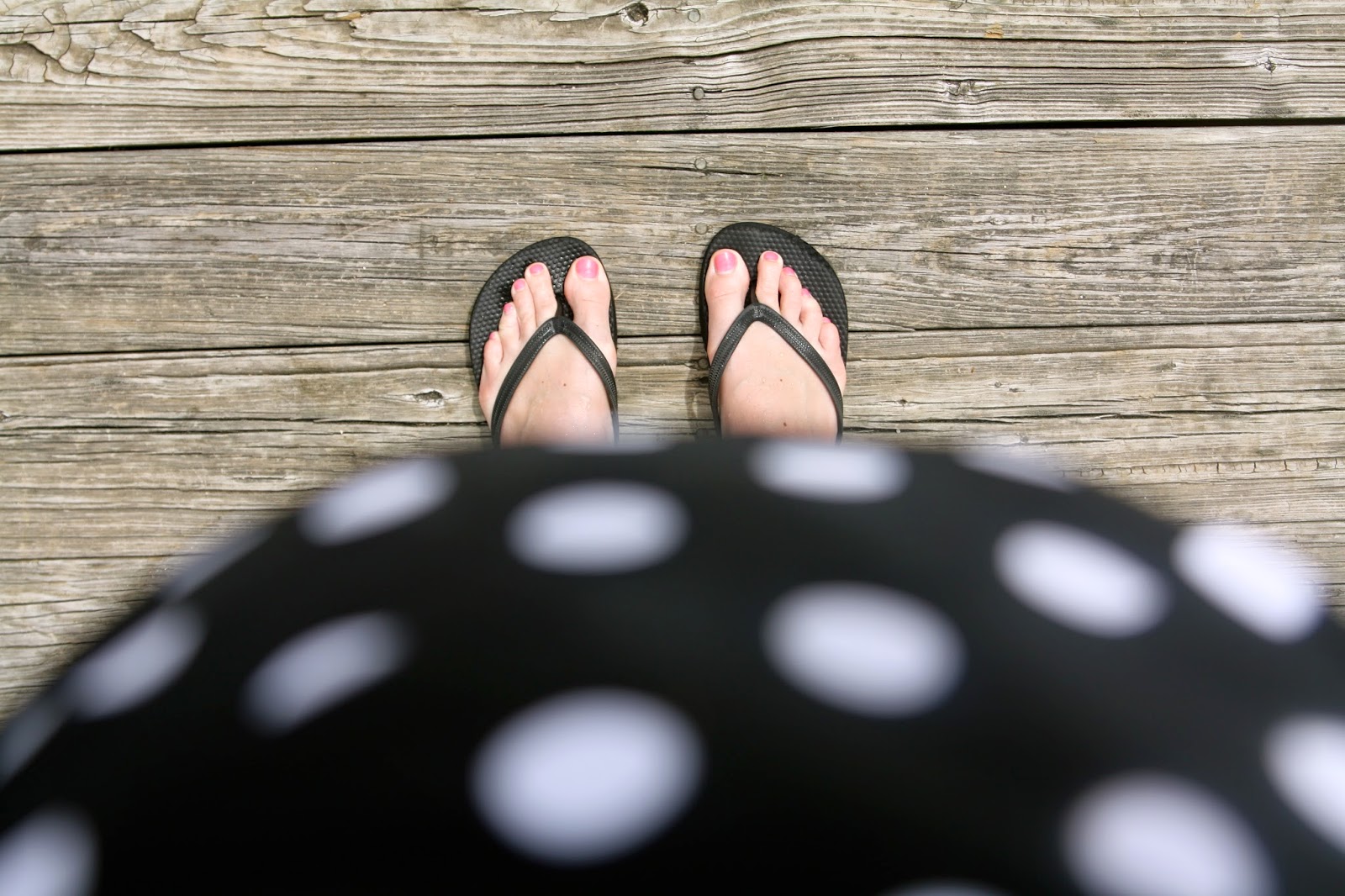 My view for the summer

My craft room is getting booted to the basement & transformed into a nursery. Tubs of newborn clothes are being pulled from storage & getting laundered {Thank you, Mom for taking care of that! You're the best!}. My maternity photo session is scheduled on the calendar. A short list of new baby "needs" is tucked away in my notebook. The excitement is beginning to brew & bubble & the reality of it all is starting to settle in.

Posted by happeningsofourhome at 6:07 PM